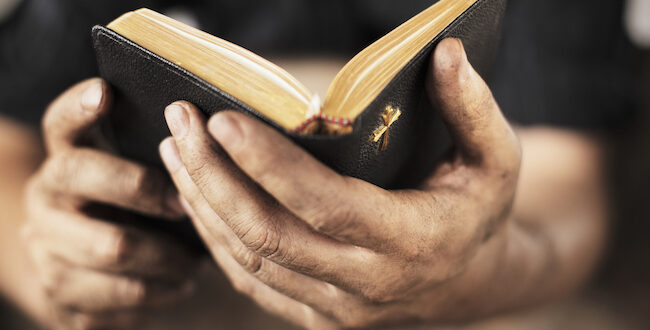 The State of Christendom in American Contemporary Culture, Part 3

The State of Christendom in American Contemporary Culture, Part 3

Reads parts one and two of this series

I’ve recently enjoyed comparing and contrasting the Christianity I perceived in my youth with what appears to be happening in America today. In this column, focused on the Bible, I can’t exactly do that.

For one thing, I suspect people’s attitudes toward this book have not changed significantly over the generations. There is something about the Bible that either attracts to the extreme or repels just as strongly. For those who find it repulsive, the same objections are forever heard. It’s a book of “irrelevant ancient history” that is “full of contradictions” whose Old Testament “reads like a horror story.”

Many who say these things have never actually read the Bible. They only repeat statements that are “in the air.” But then, if they do decide to pick up the book, they find plenty of passages to confirm these preconceptions. So they never get past the confirmation bias, and they miss out on all the good stuff.

Even many Christians these days don’t seem to know what the Bible says. When false notions among Christians become transferred to the minds of non-Christians, we’re in an even bigger mess than before. While I don’t believe this syndrome is unique to the present day, I do think some of its elements are disturbingly topical. So let’s look at some of the misconceptions that arise around the Bible today.

Actually the Bible doesn’t say a whole lot about homosexuality at all. Jesus didn’t say anything about it. From the sounds of some zealots, you’d think the book was just strewn with anti-gay sentiments.

If we were to apply Old Testament law to our society today, I would guess that half the kids on my block would be stoned to death before sundown.

It is absurd to take these standards and attempt to apply them to a completely different culture. In our world today, we recognize and honor sexual identity. To discriminate against people on the basis of sexual identity—or on the basis of any identity outside of ‘murderer,’ ‘child molester,’etc.— is not Christian love.

I will say, however, that for two people to sustain a monogamous marriage throughout their lifetimes, according to what the Bible does say about marriage, is a demonstration of a very high form of love.

That the Bible is essentially a sexist document

Standards of egalitarianism hailed in Scripture often come into conflict with the fact that not all human beings were considered equal in ancient societies.

We live in a society that abhors the idea that anyone can “own” another human being. I believe God would also find this abhorrent:

“There is neither Jew nor Greek, slave nor free, male nor female, for you are all one in Christ Jesus.” —Galatians 3:28.

However, this does not deny that the patriarchal society of the day permitted husbands to consider themselves “property owners” with respect to women, children, and slaves. The Bible, written in ancient times, naturally refers to these cultural mores and makes an effort to accommodate them.

As Christ loved us – and gave himself up for us – we are to love our family and “give ourselves up” for them. If the traditional hierarchy whereby the man is the “head of the family” is even applicable to the present day, then the function of the patriarch would be to serve the needs of those in his family – not to lord over them like a tyrant. This is why Jesus said:

“If anyone among you would be greatest, let them be least and servant of all.”  — Mark 9:35

That the Bible speaks strongly against abortion

The Bible makes even less a deal out of abortion than it does out of homosexuality. The Scripture often touted by “pro-life” advocates doesn’t really refer to abortion:

I fully believe this Scripture. I believe that God, the Engineer of All Life, “knit me together” while I was in my mother’s womb. But at some point, one has to consider the reality that a brand new fetus with less than 100 cells and no brain cells has not exactly been “knit together” yet. I almost think this Scripture supports abortion rather than prohibits it.

Old Testament passages that do mention abortion suggest that abortion was once permissible under certain circumstances. For example, if a woman had cheated on her husband, the priest had the power to prepare a special potion that would force-induce an abortion if the woman drank it. Numbers 5:11-28 makes this perfectly clear — with the abortion taking place in verse 27.

Now the only reason why I would even allude to such a horrible edict is to further illustrate the absurdity of applying Scriptures that reflect the customs of an ancient culture to our vastly different society today. The Bible has very little to say about homosexuality or abortion. But it does have a lot to say about loving God, loving our neighbors, and engaging in decent human conduct.

That the Bible not only advocates slavery, but strongly suggests the White Race will inherit the kingdom

Prior to the Trump administration (and moving to Moscow, Idaho) I would not have thought many Christians would be so bold in asserting this. However, proponents of the Christian Identity Movement have found a voice for themselves in the current political and social climate.

Many other strange doctrines have emerged to justify white supremacism and to connect its racist precepts to the Bible. But none of these doctrines are scriptural. All of them are rationalizations designed to justify a racial bias.

Nor does the Bible advocate slavery. It alludes to the phenomenon of slavery that pervaded the ancient culture. But it also provides guidelines as to how slave-owners were to treat their slaves:

“Masters, provide your slaves with what is right and fair, because you know that you also have a Master in heaven.” — Colossians 4:1

“Do not threaten them, since you know that he who is both their Master and yours is in heaven, and there is no favoritism with him.” — Ephesians 6:9b

Again, God’s policy towards favoritism is clear. (Acts 10:34, James 2:1-9). These Scriptures do not, however, condone slavery. They advise a slave owner on how to treat his slaves, given that slavery existed at the time as a socially accepted practice.

While I understand the zeal with which some congregations go about trying to establish a “First Century Church,” I think the church flourished in the 1st Century C.E. because believers were excited for having first heard the Good News. I believe the Resurrection of Jesus Christ was a substantial part of that news. The existence and acceptance of slavery was not.

That the Bible advises Christians to actively oppose sin in society.  We are to protest sin and to legislate against it

To my knowledge, the Bible says no such thing. However, it does say that we’re to take the logs out of our own eyes before we can presume to take the specks out of the eyes of others. (Matthew 7:5, Luke 6:42.) In my opinion, telling other law-abiding citizens how to live their lives is a pretty big log.  Their legal lifestyles are specks next to that.

A crime such as grand larceny is clearly a violation of God’s law: “Thou shalt not steal.” But some of the “sins” many Christians protest and criminalize are not.

In other words, there is no debate going on as to whether it’s wrong to murder someone outside the womb. To kill a 25-year old is clearly wrong. But it is not clearly wrong to “kill” an unborn baby whose essential life features have not even been “knit together” yet. If it were wrong clearly, then we wouldn’t be debating it.

In the context of such an ongoing debate, neither side has any business seeking legislation to silence their opponents.  But the furor with which some pro-life advocates disregard the rights of women on many levels strongly suggests that there is something deeper going on than mere love of an unborn fetus.

As a Christian, I will be the first to cite the many ills that have transpired since we ceased to uphold the sanctity of marriage in our national consciousness.  As I tried to say earlier, an increase in sexual opportunity has fostered an increasing demand for abortions, along with all kinds of other problems. I am not at all condoning massive disregard for the Commandment: “Thou shalt not commit adultery.”

But we need to look to the Lord of Love and consider what our attitudes around women’s reproductive rights entail. If anyone among us thinks it is “love” to mandate a woman who has been raped to change her entire life’s plans and give birth to a baby against her will, I strongly suggest we think again.

The woman is our neighbor whom we are to love in such a situation.  She is our fellow human being—in the flesh—whom we are about to harm. Therefore our love ought to be applied, first and foremost, to the woman.

“Love works no harm against its neighbor.  Therefore love is the fulfillment of the law.” – Romans 3:7

edeninbabylon.com
Previous Half of churches say Sunday school, other education programs disrupted by pandemic
Next Don’t let a Supreme Court leak threaten what consensus we have on abortion

The State of Christendom in American Contemporary Culture, Part 5 - SpokaneFāVS