The Sanctity of Equality 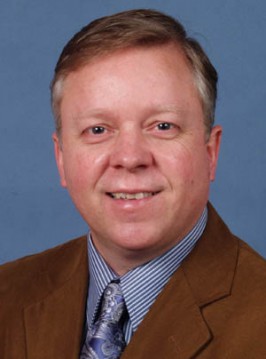 As activists in Washington are gearing up to take another go at getting a marriage equality bill on the state ballot, perhaps we should all begin reconsidering the meaning of the word “sanctity.”

In 2004, President George W. Bush made what he called, “the sanctity of marriage,” a major reelection issue, calling for a constitutional ban on all same-sex marriages. “Marriage cannot be severed from its cultural, religious and natural roots without weakening the good influence of society,” he said (without further explanation).

He also asked Congress to draft an amendment, “defining and protecting marriage as a union of a man and a woman as a husband and wife.”

Not only did he narrowly win a second term that year, but 11 states also passed their own constitutional laws officially prohibiting gay marriage, including Kentucky, where I was living at the time. What's most disturbing about this to me, as an American, is that it's entirely unconstitutional for our government, state or federal, to pass laws protecting the “sanctity” of anything!

“Congress shall make no law respecting an establishment of religion!” Given the expensive, “One Man, One Woman: God's Plan for Marriage,” campaign funded by religious conservatives across the land, it seems our nation's top executive, along with many other elected officials, decided to disregard the Constitution in favor of the mob mentality.

Although I do not question the value of marriage for those who freely choose it, I cannot comprehend where this belief in its “sanctity” comes from. In Western theology God is a “single male” whose most intimate relationship is with another man, Jesus. Jesus himself did not marry and, in fact, suggested that ideally people, “will neither marry nor be given in marriage, they will be like the angels in heaven.” [Mark 12:25] And we all know that Jesus' vision was to create Heaven here on Earth, among us, which, apparently, he saw as being egalitarian and androgynous. Likewise, Paul, the most influential founder of Christianity, discouraged marriage because those who do, “will have trouble in this life, and I am trying to spare you” [I Cor. 7:28].

Although he did not advocate divorce for those who were already married, he did say, “from now on those who have wives should live as though they had none.”

As for God's “One Man, One Woman,” plan for marriage, tell it to Abraham, the founder of Israel, who was married to Sarah and Hagar; to Jacob, its favorite son, who married both Rachel and her sister Leah; to David, its most revered King who had six wives; to Solomon, considered its wisest ruler ever, who had 700 wives; not to mention his grandson, Rehoboam, the nation's greatest reformer, who had a modest number of only 18 wives. Historically speaking, marriage has been but a one-sided social contract arranged between males exchanging females, and has been mostly polygamous (one male, many wives). Both Jesus and Paul favored more egalitarian arrangements in which men and women were considered the same, in which, as Paul put it “there is no longer Jew nor Greek, slave nor free, male nor female.” But equality is difficult for those dominator cultures that thrive on the very few exploiting everyone else.

So, after Rome made Christianity its official state religion, the first thing its legislator-priests did was to take control of marriage by maintaining exclusive authority over all social contracts. By the 16th century, just 500 years ago, the Council of Trent made it necessary for every marriage to be performed in the presence of a priest and only then defined it as the union of a man and woman who were obligated to live together for the rest of their lives. In doing so, they usurped Paul's vision of a society without ethnic, economic, or gender divisions, adhering, instead, to a verse of scripture illegitimately forged in his name; “the husband is the head of the house as Christ is head of the church” [Eph. 5:23]. Those who could not handle living in an egalitarian society made the nuclear family the nucleus of its hierarchical, patriarchal culture. For years in our country conservatives have been promoting traditional “family values” for this very reason, although the only families they're really in favor of are those that reflect this dominator model.

As linguist George Lakoff has noted, “The strict father is moral authority and master of the household, dominating the mother and children and imposing needed discipline. Contemporary conservative politics turns these family values into political values: hierarchical authority, individual discipline, military might.” And the one thing certain about this model, he continues, is that, “Marriage in the strict father family must be heterosexual marriage.”

Jesus, by contrast, in whose name such bigotry is somehow being justified, clearly said, “Call no one on earth your father” [Matt. 23:9]. He challenged the patriarchal structures of his day and ended up paying with his life. In their place he promoted an egalitarian society in which everyone shared what they had in common, and loved one another as their equals, as themselves. The early Christians took this so seriously, in fact, that they actually began cross-dressing in church. That's right, some of the first Christians were gender-benders! The controversy over men appearing as women and women as men is explicitly mentioned in I Corinthians, chapter 7.

Paul supposedly ends up criticizing such behavior as “disgraceful,” although many scholars consider these words to have been inserted into the text by someone else, since they contradict his other egalitarian, free-spirited, “all things are lawful for you,” teachings. But that this controversy existed at all shows just how seriously the first Christians took equality! Thus, according to the biblical evidence, it's not really the “sanctity of marriage” believers should be worrying about, but the “sanctity of equality,” and the unholy marriage between Church and State that continues to have a foothold in our nation today.