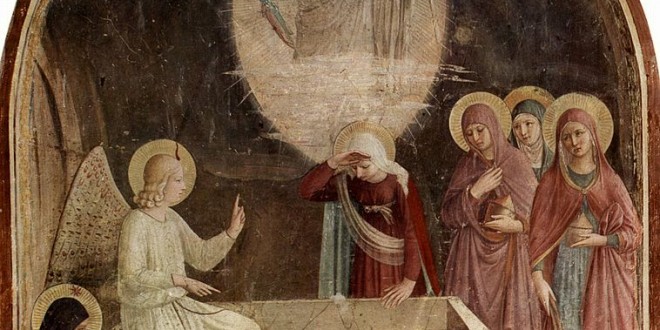 Now that we have accepted that no partiality can be given to the historical-physical definition of resurrection, we can move to the actual argument for the resurrection and whether or not the historical model stands on its own. I have chosen to consider two very popular arguments right now that are being hotly debated and whose proponents are selling books currently on the subject. The two major writers that I am considering are William Lane Craig and Michael Licona.

Most of Licona’s argument I will accept. The minimal facts approach assumes what is accepted by both sides of an issue and then deduces from those unquestioned premises what must be true on account of that. Most people accept that at some point soon after the death of Jesus people began having experiences that are genuinely preserved in memory as being resurrection experiences. This can range from Paul having a vision of light to two men walking on a road talking to a stranger who they think afterward could have been the risen Lord. And it could even include a man popping into existence right before your eyes in the middle of a room. It could also not include some of these things, which will have to be meted out later. Most people accept that there were early converts who had no reason to change their previous lifestyle for the message that they were preaching. Of these, Peter, Paul, and James are the most important. And most people accept that at a very early point the resurrection of Jesus Christ was a genuine belief in the Christian Church.

I agree with this common ground, and so for the most part Licona’s argument will get merged into my review of Craig’s claims about the best explanation for the resurrection. I will return to Licona’s approach briefly at a later point, but for now this will suffice. If we look at just the minimal facts we see how the historical resurrection cannot be demonstrated. The only piece of evidence that they bring to the table is the “post-mortem appearances.” This evidence, if valid, could be a wide arrange of things, which do not exclude hallucinations or delusions.

Thus, the minimal facts require something more in order to historically prove the resurrection, and this is why Licona and Craig put so much emphasis on the Empty Tomb. Even in Craig’s argument a person can easily accept his third and four premise, which is that there were post-mortem appearances of Jesus shortly after his death and that there was an early belief in the resurrection of Jesus Christ. The minimal facts and the last two premises of Craig prove that the resurrection happened, in the spiritual resurrection model. If we say that the resurrection of Jesus Christ was a religious experience of God’s saving act and identification with humanity then we can conclude that this did take place. Now there may have been more which took place 2,000 years ago, but there could not have been less then this.

You could say that such an argument does not prove itself by eliminating all other possibilities. If the religious experience of the resurrection was simply a hallucination then how could we say that it was in fact genuine or authentic? The problem with the spiritual resurrection model is, as we noted earlier, that it is highly subjective. A person comes to feel that Christ is living in them, thus Christ is risen from the dead. That is our basic argument. It is weak, I will grant that, but technically speaking it is a sound argument. The validity of the argument itself becomes a rather interesting twist in logic.

For the proof offered for this argument is not an analysis of some objective information, but is rather an invitation to come and see for yourself. The real proof for the spiritual resurrection model is not a history lesson, or an analysis of definitions, but is rather the integrity and virtue of those who claim that Christ is risen in their lives. If others are drawn to the Christ that is within us, then Christ is risen. If however, Christianity repels people from God then the resurrection theory would have proven itself to be a poor model for uniting humanity with God (I speak of “theory” in a technical sense to convey the “not yet” of Christian spirituality where humanity reaches eschatological bliss with our creator, and not in a sense to convey that Jesus’ rising is simply speculative).

So if we were to examine the risks and rewards which are most likely to exist for each side we might find certain patterns and strategies in play which are important for considering the overall model which has the best explanatory power. For instance, if one side had the ability to manipulate its risks and gain unjust rewards then their motives for investing in a high degree of explanatory power would be seen as compromising the integrity of their argument.

Now those who face contrariness from their historical argument can remain detached from their argument, which is probably a good thing in some sense, but because of this they can more easily buffer themselves from criticism and other people’s perspectives. A person who has a historical case for a certain event that took place a number of years ago, can detach himself from information that may alter or conflict with his conclusions, because intellectually he has committed himself to a direction and only strong powerful evidence might actually deter him. Thus, it is easier for those who think that they have “objective” arguments for their beliefs to actually be persuaded to change them, because their assurance of objectivity, science, or reason has led them to think that once something is considered rational then it would be irrational to reconsider it.

I went to a Christian school where I was taught that America was a Christian nation. I was taught how George Washington was a Christian and how the Puritans were the first settlers. I was taught about Manifest Destiny and everything else I needed to know in order to reasonably believe that America is a Christian Nation. For a long time, I believed this and it was easy for me to reject information that did not fit into this model, because I believed that my beliefs were rational, objective, and well informed. Thus, when we face conflict with beliefs that are grounded in objective data we tend to dismiss information or distort it when it does not line up with our beliefs. This practice is called cognitive dissonance.

I would argue that just from the premises considered thus far that a spiritual resurrection model has a less likely chance of achieving cognitive dissonance, and that any state of affairs, which can minimize cognitive dissonance is a good thing. The adherents to a spiritual resurrection may be tricked, and maybe deluding themselves into thinking that something is real when it is a hallucination, but there is a pretty powerful and strong fail-safe built into this system. However there seems to be no such fail-safe for those who propose a historical resurrection model. They are personally invested in being right, and not in being good. If there are wrong in their argument then they may loose their salvation, but if a spiritual resurrection believer is wrong in her argument then she still has no reason to think she has lost her salvation.

Do you see the difference? Those who promote a spiritual salvation are only personally invested in the good. The goodness of God’s presence, his salvation for all humanity, and the brotherhood of man: these things exist, in a sense, independently of Christ’s action on the cross. We identify God in Jesus as a culmination of this goodness. Thus, if we are wrong about Christ, we have not lost goodness at all. It remains, but those who promote a historical salvation cannot, or most likely, do note make the same kind of claim. They are personally invested in being right. If they are wrong about their information then Christ did not die for their sins and God will still judge them for it. Christ did not rise from the dead and so God has not provided a way for us to regenerate after we die. They have a greater motive to manipulate information to suit their needs and desires, while in theory a person who has not motive is able to be more honest about his beliefs.

A historical resurrection believer is not at fault or should think that he needs to “make up” for this unconscious motive. But a part of my argument is that we have clung to the historical narrative model so quickly because it reinforces the power structures that keep a dogmatic and authoritarian ecclesial system in place. In the end, you may be right, but is being right all that matters?

Previous Remembering the Holocaust after the survivors are gone
Next Celebrating Halloween Can be Tricky for People of Faith, but it’s also a Great Treat