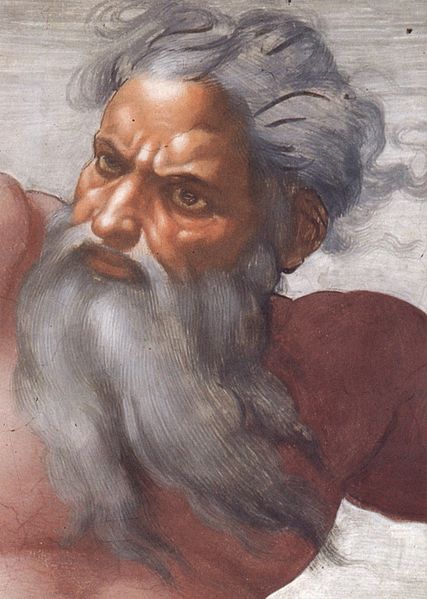 Creation of the Sun and Moon by Michelangelo, face detail of God.

The questions worth asking

A very recent conversation has reminded me once again of how utterly confused many folks have become about the relationship between religion and science, and how damaging that confusion is for religion. The only way I can see to begin to straighten out this confusion is to be as clear as possible on the fact that science and religion are asking different questions of the universe.

Take for example creation. From the Big Bang down to evolutionary theory, the question science asks is how did things come to be? That is not in the least the questions that the creation stories of Genesis are asking. The questions that the first, second and third chapters of Genesis ask are, “Is there order and meaning in the universe?” and “Are we related to anything in this universe bigger than ourselves?”  The answers to these questions are given in the way they were given in every ancient culture, through creation myths that reached out, in faith, to the God beyond the immediacy of observation. They answered each of those questions with a “Yes.” Yes, there is order in the universe. Yes, there is meaning to existence, and yes, we are related to something bigger than ourselves.

It is no wonder we get horribly confused if we imagine that religion is asking the same questions of the universe as science. And it is no wonder that in that confusion religion must lose.

For the world was not created in six days, and modern human beings did not emerge all at once, complete and whole, by divine fiat. That isn’t how it happened, and if religion continues to misunderstand its own primary questions, religion will ultimately lose. In this sense it is vital for religious people to note that religion and science are two different disciplines asking different questions. If we don’t get that figured out, and soon, everyone will be in trouble.

It is also important to notice that at times the answers that religion and science give to their respective questions do converge. Science, asking the question of physical origins, has demonstrated that we all descend from a common ancestor. Indeed, all life descends from a common life form. Religion, asking a different question, has drawn the same conclusion; we are related, one to another. We come from a single source, we share a common ancestor. The reason for this convergence is simple; it is true. Both Religion and Science have come upon a basic truth of existence from two very different paths, and have expressed that truth from two very different perspectives.

We live in a world dominated by science, and there is much that is good about that. It is up to us as religious people to make clear that we are not competing with science, we are not even supplementing science. Rather, we are asking questions of the universe that are as old as humanity itself, questions of meaning, purpose and destiny that science does not address, and woe betide us all if, in our confusion, we either insist that we are asking the same questions as science, or worse, decide that our questions must not be worth asking any more.

Previous Father’s Day: a chance to celebrate the past and present or determine the future
Next Gay Muslims come out in Toronto photo exhibit

On this holiday, let’s vow to heal America