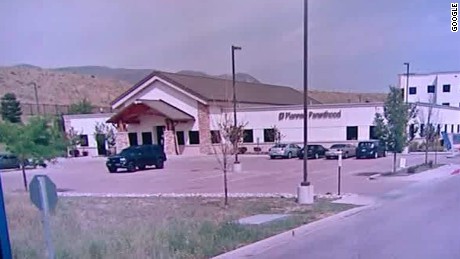 The Planned Parenthood Shooting: Yet Another Act of Violence

The words never come without an overwhelming sense of disbelief and sadness.  “There’s been another shooting incident” has become so commonplace in media that our natural reaction is simply to say, “Where?”  So when I heard that ominous announcement last Friday and learned that the ‘where’ was in a Planned Parenthood Health Center in Colorado Springs, my heart leapt into my throat and panic began to set in.

The anxiety quickly became reality and when details emerged, it was yet another act of violence perpetrated by an angry white man.  This time, the three people murdered and nine wounded were a result of his rage against his reaction to words and messages he has been hearing for month.  Even though creditable sources have disproved the allegations aimed at Planned Parenthood at a result of manipulated videos released to media, the lie that our health centers sell body parts has become fodder for radical anti-choice advocates.

The untrue message has been adopted by politicians, ultra-fundamentalist church leaders, and pro-life activists across the nation.  Every day the vitriol is heightened, the speech becomes more venomous, and the pot of hatred stirred to a boiling point.  Words matter.  And even though we are free to speak our minds, the reality is still that hateful speech does have consequences.  When our hateful speech incites others to do hateful things, we must accept responsibility for the outcomes that follow.

On No. 27, hate-filled speech became hate-filled action and the result has been incredibly painful for so many.  A police officer from a nearby university was slain trying to rescue hostages.  He was an elder in his church, a devoted Christian, amazing husband and father of two young children.  An army war veteran, a father of two small children, was in the health center to be a support to a patient seeking services and is now dead.  A young mother of two children who had also come to accompany a patient lost her life.  In a matter of minutes, six children lost a parent to a murderous and senseless act of domestic terrorism.  There can be no claim of being pro-life when such acts of murder takes the lives of three innocent people.  The man who shot each victim with deliberate malice lost his claim to that label.

Nine other people, including several police officers were wounded and their families will be forever changed because of one man’s anger and rage.  But there are other victims as well.  There were patients in the health center who were rushed into secured rooms along with several staff members.  These staff members had been trained for this type of situation because of the hostility of protesters who harassed the health center so often and were a cause of concern. All of them hovered into what they hoped would be a haven out of harm’s way.  Each of those people have loved ones and friends who have been affected by the events of that day.  Then there are those of us who work for Planned Parenthood who ache for our colleagues and for our patients.  Women and men who were simply doing their best to make sure that patients get the very best health care we can provide.  These are our patients who trust that we will place their health needs as our first mission.

All of us who work for Planned Parenthood live with a constant awareness that every day our security can be threatened.  We often must walk or drive through a barrage of protesters who yell unspeakable insults and make loud threats to us.  There is never a day when the safety of our patients and our staff is not in the forefront of our minds.  So when something like the violent attack in Colorado Springs happens, we are often asked by those who love us, “Aren’t you afraid?”  Of course there is heightened fear.  Of course we are often afraid.  There is the realization that it could have been any of us thrust into that frightening situation.  But we move past our fears to a determined resolve that we will continue to serve our patients, we will keep our health centers open, and we will not be intimidated by those determined to prevent women from getting the best reproductive health care they can get.

Words matter.  And words have consequences.  The shootings in Colorado are the consequence of the loud and hateful rhetoric we have been hearing for months.  It is a very real reminder that if our words matter, then words of compassion and love also have consequences.  And those consequences are a more peaceful world.  For me, I’m going to dwell on the words of a local congregation, who upon hearing about the violence chose to send me a card in which every member of the church – almost 100 — wrote words of encouragement and support.  My wish would be that we could all live in that kind of world with that kind of loving kindness.  I wish.