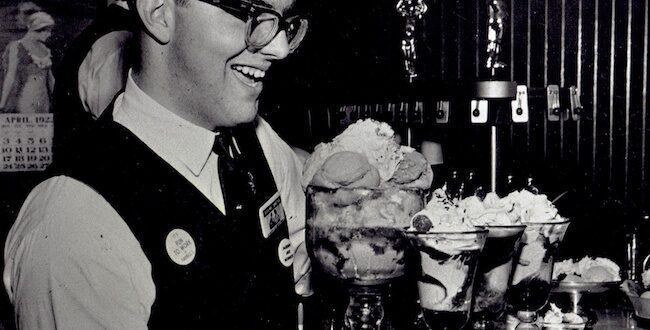 The Paths We Take

The Paths We Take

My social media feeds are full of graduation stories.

It is that time of year.

So many friends are watching their children graduate from high school or college.

One friend from my Spokesman-Review days posted a picture of peanut butter and jelly sandwich fixings. She had made a BP&J sandwich for her son every school day for 12 years. She was making him another even though he was leaving the house for just a few minutes to pick up his cap and gown. He will remember those sandwiches forever.

A year ago, for a family project, I was asked to recollect my own college days. I misplaced so many memories in the fog of the 1960s, it took some time to remember.

But remembering is a good thing. In delivering a couple of graduation talks many, many years ago, I tried to explain to students, whose lives lay ahead, that the lessons learned in college, often outside class, would inform their futures in unknowable ways.

We all follow our own path in life, sometimes straight, and clear, and smooth, sometimes circuitous and littered with obstacles. In the end, when we take our final steps, I think we must come to understand the destination is far less important than the people with whom we walked.

That is the case for me.

I was a good college student…when I went to class and did my assignments. But honesty requires me to note I was too often indifferent.

I graduated with a 3.25 GPA, not terrible. But it took five years and a summer course to graduate.

It was not always a question of laziness. Often, it was a matter of work.

Throughout college I worked as many as three jobs at the same time, juggling work with school and what passed for a social life. After I left Farrell’s Ice Cream Parlor where I was a waiter for two years, most of my jobs were related to my career ambitions.

There were no internships back then, not as we think of them today. So, all my jobs were part-time or freelance piece work. And though I made money, sometimes good money, that motive was secondary, especially as so much of my income went to my parents to help support the family.

Throughout my college career, I worked for The Oregon Daily Emerald, the student-run newspaper that paid real money for real work. I was variously a news reporter, a sports editor, and editorial page editor. I wanted to be executive editor, but lost the required staff vote. It was a crushing defeat but expected. My rival had done more work and was better positioned. Sports editor was my consolation, and it was a good gig.

Even while working at The Emerald, I held jobs with other news organizations. I was a part-time reporter for The Oregonian in Portland where my biggest story was a national scoop that revealed a former Oregon resident had been captured by the Chinese Communists while on a super-secret CIA spy flight in the early 1950s. He had died in a Chinese prison, his imprisonment kept secret from even his family. That was a good story.

I also worked part-time at the Eugene Register-Guard. At first, I was the paper’s “high school” reporter, producing a weekly page of news from area high schools written by students I “hired” and who reported to me. After the paper dropped that feature, I did occasional news reporting on a freelance basis, including stories on the annual pet parade, which was just a bit humiliating.

At one time or another, I worked for KWAX, the university radio station doing news, and KLCC, the area public radio station where I was an overnight disc jockey playing classical music. Trust me, at 3 a.m. it is hard to stay awake while spinning a Schubert concerto.

Some jobs paid nothing but were important resume builders. I did specialized news reports for KZEL radio, a progressive station where my multi-part series on Red China’s leader, Mao Tse Tung, was well received – by me and maybe 10 listeners. No money but a lot of fun even if we did our work in a blue haze, a mix of cigarette and pot smoke.

It was during my Daily Emerald days that I got caught up in the anti-war movement, but as a journalist not a protester. For three consecutive Mays, 1970 to 1972, I covered violent anti-war protests in Eugene that became known as the May crazies. Mostly, it was huge fun, pursuing protesters and police as both sides clashed on campus and in downtown Eugene. But both cops and protesters hated the press and so there were times when the protesters’ rocks were thrown at us, and the cops’ tear gas was shot in our direction.

I was standing near the campus ROTC building one night when future presidential candidate John Kerry, then leader of Vietnam Veterans Against the War, spoke first to a big crowd and then later stood shoulder to shoulder with one of my friends to keep protesters from setting torches to the building. My story made the Emerald’s front page the next morning. I still have the clip.

The only time I crossed the line from reporter to activist came after the terrible Kent State shootings, May 4, 1970. The resulting protests in Eugene, as elsewhere, were particularly violent. At the University of Oregon, students occupied and shut down the administration building, locking out the university president, and closing the student union building. My roommate and I were infuriated by the Ohio murders and so dropped our reporting roles to take over something we called the People’s News Collective, producing publicity material for the occupiers. But that exercise in Marxist politics was not really for us and petered out quickly. We went back to work.

Some of my jobs did not involve journalism. I went to work for the Eugene Parks and Recreation Department during my summers, first as a park aide, then as assistant director of the summer parks program. When I was ordered to alternative service after receiving my conscientious objector status, I was assigned to supervise a recreation center in one the city’s poorest neighborhoods. And I spent my last summer with the department serving as public relations coordinator.

Looking back on that time, my work experience was valuable in ways I did not appreciate until much later. I made some money, of course. But mostly, the value was in the people I met. I overcame my shyness, became more confident with girls, more comfortable in public roles and somewhat more polished, though not in appearance. I had a bushy beard, a single pair of worn jeans, and a few ragged sweaters, perfectly appropriate for the hippie era.

I did come to appreciate good Scotch and fine cigars – lifelong passions. And for the first time I had a group of diverse friends – Black, Hispanic, gay.

I do not have the photographic memory of some friends. It takes work and a few mementos to help me recall. I remember playing chess and pool and smoking pot to the point I completely lost my sophomore year. I remember wonderful Sunday brunches with my girlfriend and our closest friends. And I remember the mentors who shaped my life.

And that is what I would tell students graduating today after two tough pandemic years.

Remember all of it.

You do not want your high school or college years to be the high point of your lives.

But you will appreciate the path ahead and you will always remember the people who walked that path with you.