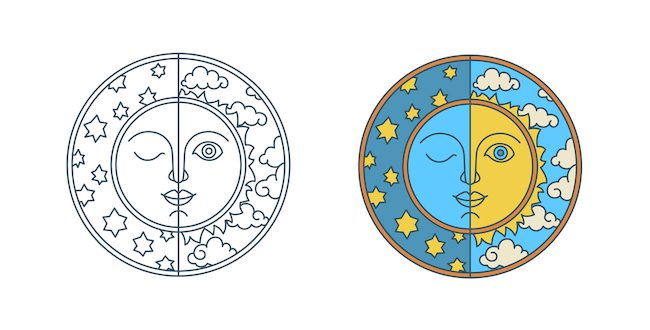 The Pagan Struggle with Spring

Those who have been following my column may have noticed that I am writing about the Pagan Wheel of the Year, the eight solar holidays celebrated by many Pagans. If you have picked up on this, you may be wondering where my Ostara (Spring Equinox) and Beltane (May Day) columns are. Truth be told, I’ve been struggling with something, and I’d like to share it with you.

My struggle is with St. Patrick’s Day, which precedes Ostara by a few days. Very few facts are known about St. Patrick, so who he was and what he did are debatable, but he is often celebrated by Christians for ridding Ireland of Paganism and/or Pagans. Those who historically converted Pagans of any culture to Christianity often usurped, demonized, or destroyed Pagan deities and symbols for their own purposes. Regardless of whether he committed physical genocide of the Pagan population (which some sources claim he did), St. Patrick was among those who committed cultural genocide.

Contemporary Pagans are sometimes criticized for “inventing” their own spiritual beliefs and religious practices. I find this an unfair accusation, in part because so much has been lost through the Christianization of so many cultures. We don’t all have access to spiritual paths that have been preserved, nor do I believe we are obligated to follow such paths.

Each person chooses for themselves what to believe. Some people follow the beliefs of their upbringing, and may even be accused by others of doing so without ever questioning those beliefs, but even that is a choice. I believe there are so many religions and worldviews is because we all have something to learn from each other, and that is why I am grateful for the opportunity to participate in interfaith communities like this.

In the meantime, I continue to struggle with St. Patrick’s Day and other reminders of Pagan oppression. Different Pagans respond to this struggle differently. Some choose to rebel on St. Patrick’s Day by wearing a snake symbol. Others, like some who practice Celtic Paganism and/or have Irish ancestry, prefer to celebrate the day as Irish Heritage Day with or without St. Patrick references. One of the things I love about most of the Pagan community (as with any other religious group, there are exceptions) is the respect for others’ beliefs and practices, and the encouragement of individual freedom to explore and express those beliefs and practices.

This spring, I’ve been spending time learning about Eostre; there is much debate about her within the Pagan community, and I don’t know whether she’s meant to be my patron deity, but I’ve definitely felt drawn to her every spring as far back as I can remember.

Regardless of what deity/deities to whom a particular Pagan prays, Pagans view Ostara, the Spring Equinox, as a time for sowing both literal and figurative seeds. It is a time of renewal and rebirth in all areas of one’s life.

Only time will tell whether, when March 17 rolls around next year, I will choose to honor Irish culture or Pagan rebellion with a snake display. Maybe I’ll find a way to do both. Blessed Be.

Previous Ask A Buddhist: Religion or Philosophy?
Next 20 years of resilience: The story of Jackson Lino