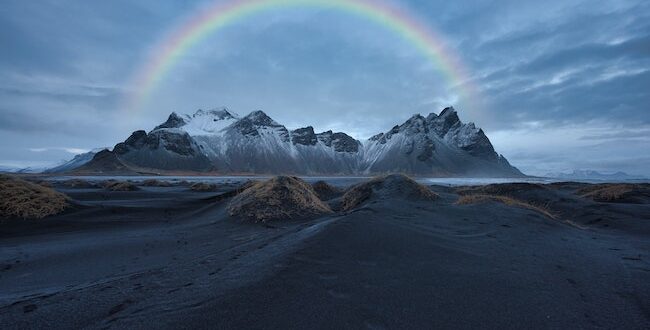 Photo by Evgeny Tchebotarev from Pexels

My last column introduced basic principles for transforming society into the Kingdom of God on Earth, as sought in Matthew 6:10: “Thy kingdom come, Thy will be done in earth, as it is in heaven.” This echoes the Jewish Qaddish prayer, containing “a call for the Kingdom of God to begin in one’s lifetime.” Why not now?

Baha’u’llah taught that God is an unknowable creative essence. Belief in the unknowable reflects a yearning common throughout humanity before history began. Human burial, suggesting religious ritual, existed from 100,000 BCE. One of the oldest concepts in Chinese mysticism, Tian (Heaven), is the “absolute God of the universe.”It can be traced to the 17th-11th centuries BCE. The oldest surviving religious texts date to about 2,600 BCE.

This unknowable God has, for eons, endowed rare individuals with superhuman knowledge, guidance to help humankind understand itself and use that understanding to advance civilization. Baha’is call these messengers “manifestations of God.”

Each manifestation reiterates that one God guides humanity. For several centuries after the appearance of a manifestation, followers learn to apply new spiritual teachings in their own lives. Civilization surges. Abrahamic traditions in the Bible and Quran – teachings of Moses, Christ, and Muhammad — reflect this history: one God, different messengers. Lesser-known manifestations have guided indigenous cultures.

If God is one, why do religions disagree?

Over time, followers of a manifestation reinterpret original Scriptures, falling away from the manifestation’s spiritual guidance. They splinter into disparate, often warring, factions. The manifestation’s influence wanes until another manifestation restores and rejuvenates religion. New spiritual and social insights, appropriate to time and place, redirect and advance civilization. Knowledge increases. For example, followers of earlier religions, including Christianity, considered Earth the center of the universe. They couldn’t have comprehended Baha’u’llah’s 19th century statement: “Earth is but one country and mankind its citizens.”[7]

With the advent of a new manifestation, relict religious hierarchies seek to retain their power. Rather than recognizing that new manifestation, they cruelly abuse him and his followers. Baha’u’llah, the latest manifestation of God, almost died in an underground dungeon before being exiled and imprisoned for his remaining 40 years.

If “proof” of God were possible, faith wouldn’t be necessary. Scientific evidence suggests infinite unknowns throughout our universe, so why not an unknowable essence governing that universe? Despite scientific advances, our state of ignorance remains larger than our state of knowledge; we don’t even know what we don’t know. This rankles humanity’s collective ego, so we speculate; we constantly re-create God in our own image.

The electromagnetic spectrum provides a metaphor. For millennia, all that was known about it was what our eyes could see, a fraction of its full range. Today’s technology allows us to access unseen wavelengths across the entire known spectrum. This was not possible until 1800. Just as science expands our knowledge of the physical universe, so also does religion progressively expand our spiritual understanding of the universe’s creator.

The purpose of religion

Baha’u’llah says the purpose of religion is, “to safeguard the interests and promote the unity of the human race” and “to foster the spirit of love and fellowship amongst men.” He warns that we must not allow religion “to become a source of dissension and discord, of hate and enmity.” Within the context of all religions, this makes sense. God’s love is the dominant feature of religion, followed by an obligation to follow his commands. Love underlies the varying expressions of the Golden Rule found in most religions.

Even within our secular system of governance, individuals “elected or appointed to an office of honor” must swear an oath: “to support and defend the Constitution…and faithfully discharge the duties of the office…So help me God.”

Atheists also appreciate religious teachings. A FāVS column, “Living a Value Driven Life…without the benefit of religious belief,” acknowledges this. The author explains how his mother, “a very spiritual woman,” taught him about making “the best of the life I have.” As a 20-year-old, he was “struck by how rooted that advice was in basic values that any person of faith could likely recognize and accept.”

This excellent example illustrates God’s influence over humanity, even when we don’t believe in him.

Scriptures warn of end-time calamities. Baha’u’llah wrote, “The signs of impending convulsions and chaos can now be discerned, inasmuch as the prevailing order appeareth to be lamentably defective.” Today’s convulsions – changing climate, viral pandemic, political upheavals, and systemic social injustices — provide unprecedented opportunities to heal these cancers. Recognizing the benevolent source of all existence and following his guidance can create that much-sought Kingdom of God on Earth.