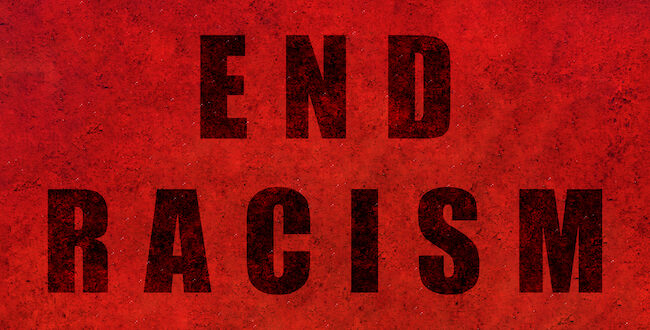 Did anyone else hate the phrase, “The New Normal,” when it first started being uttered by the coronavirus taskforce on a nightly basis? Basically we were told that a New Normal was needed in order to combat the contagious virus that included wearing masks, washing hands repetitively, social distancing, no sports, restaurants with take out only, limits to the number of people at a gathering,  and the list goes on. We don’t like “the New Normal,” because it means that for the good of all of us, we need to change the way we live.

With the public killing of George Floyd and rise of public protest there has been a great awakening among many white folks to the reality of racism in our country. But awareness is simply not enough. There needs to be a New Normal in race relations.

While researching the history of racism, I came across a gruesome story of a black man being burned alive. The event occurred in Mississippi but was recorded in my hometown’s newspaper, The Huntington Democrat, 29 September 1902.

“The clothing of the doomed man was soon ignited, and as the flames grew hotter the skin began to parch.  The negro moaned piteously at this juncture, and the agonizing look upon his face told of the awful torture he was undergoing.  Finally his head fell forward upon his breast, and in a few moments all was over.  The flames were fed by the crowd until the body was burned to a crisp.  Then the gathering, in an orderly manner, dispersed, and the town soon assumed its normal condition.” (The Huntington Democrat, 29 September 1902.)

This may seem to be an extreme story to tell from 1902, but we are still faced with extreme stories in 2020. Prior to George Floyd, many white folks would watch police brutality of black men on Facebook or Youtube multiple times and then, in an orderly manner assume their normal condition. It’s not enough to become aware of the virus of racism. As white folks we need a New Normal!

This New Normal will be uncomfortable for many but it is vital for the good of our nation. Here is another story from the Huntington Democrat about a man from Huntington, Indiana named Earl Lind that moved to West Virginia for 6 weeks for a job.  The story continued…

“At one time he had an opportunity to witness the lynching of a negro, but just at the critical point, he says he ‘tore out,’ not caring to have his peaceful dreams disturbed by visions of the dying darkie.”  (The Huntington Democrat, 21 July 1908.)

Unless we adopt a New Normal we will be like Earl and be more concerned about our own peaceful sleep than embracing the opportunity for real change. The New Normal should shake us from our slumber and be the foundation to cultural change that transforms the trajectory of history.

The New Normal calls us to wear the mask of self-reflection.

History is not simply the past, we are our history here and now. Our culture is rooted in history and we will continue our “normal conditions with plenty of peaceful dreams” but the virus of racism will continue. Masks are used to protect others from you spreading the virus. Through the mask of self-reflection we look into the roots of our cultural bias as white Americans, and then begin to see the subtle ways those biases still play out in our lives today.

The New Normal calls us to wash our hands repetitively of the virus of racism as it rears its ugly head. Once those biases are revealed and understood through the mask of self-reflection, begin to make lifestyle changes to eradicate those biases. Beverly Tatum in her book, “Why Are All the Black Kids Sitting Together in the Cafeteria?” enlightens us to the challenge we face:

Cultural racism—the cultural images and messages that affirm the assumed superiority of Whites and the assumed inferiority of people of color—is like smog in the air.  Sometimes it is so thick it is visible, other times it is less apparent, but always, day in day out, we are breathing it in.  None of us would introduce ourselves as “smog breathers” (And most of us don’t want to be described as prejudiced.), but if we live in a smoggy place, how can we avoid breathing the air?  If we live in an environment in which we are bombarded with stereotypical images in the media, are frequently exposed to the ethnic jokes of friends and family members, and are rarely informed of the accomplishments of oppressed groups, we will develop the negative categorizations of those groups that form the basis of prejudice.”

Tatum,Beverly; “Why Are All the Black Kids Sitting Together in the Cafeteria? p.6

It’s not enough to wash your hands once a day, as they easily get dirty again. The virus of racism bombards us everywhere and we must continually make steps towards cleansing the virus.

The New Normal calls us to practice social distancing, but not 6 feet, more like 6 inches.

The key here for white folks is we need to build authentic relationships.  This isn’t easy, especially if there is a lack of trust.  So the first step is to build trust. Don’t expect black folk to step into your world, step into theirs and be quiet. Don’t ask too many questions initially. Be present, learn, observe, and join in their struggle as you are invited. Racial justice is not something you do as much as it’s something you join. Racial justice is a lifelong journey.

The New Normal calls for much more…

Racism is a multifaceted problem that calls for many approaches to bring forth justice, equality and peace. The New Normal needs to address systemic racism as manifested in the policing and prison system. The idea of reparations must go much deeper than sending checks to people. We must invest in the poorest communities, that are often predominantly black and brown. We must work towards affordable housing, schools that are excellent, accessible health care and an end to the disparities that exist there, and so much more. You have been given a gift, and we all have a purpose in this world and can make it a better place for all.  What has your contribution been to the New Normal?

You can help support us by making a donation to FāVS today!