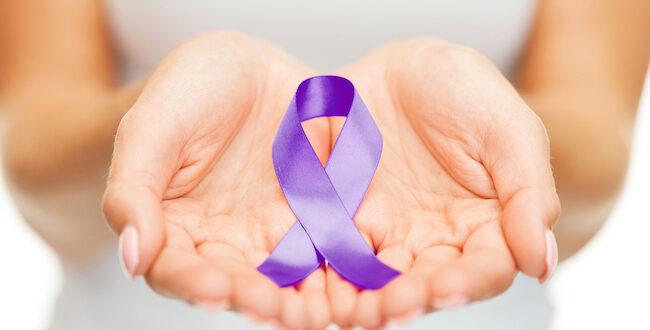 Spokane’s new specialized court is under development to help disrupt the cycle of domestic violence in the community and provide trauma-informed support to survivors and their families.

This domestic violence court is funded by a $550,00 Justice for Families grant from the U.S. Department of Justice Office on Violence Against Women, according to a YWCA Spokane press release.

The Spokane Regional Domestic Violence Coalition and YWCA Spokane received the grant this October. YWCA Spokane CEO Jeanette Hauck said both organizations, along with the Spokane Superior Court and the Washington State Department of Corrections, will collaborate as a task force in designing the court’s framework starting in November.

SRDVC Executive Director Annie Murphey said the task force will examine court models across the country to determine which model would work best for Spokane’s needs. The domestic violence court will only tackle cases at the felony level.

“We really believe in trying to disrupt the cycle of violence in our community,” Murphey said. “Unfortunately, our data shows that we still have a lot of work to do and so anything that can help improve the court process for people, help victims feel safer and have more accountability with those that are perpetrating violence — I think is a huge win for us.”

Hauck said “the need is great” to address domestic violence in Spokane.

In 2019, the county had a 15.6 rate of domestic violence offenses reported to law enforcement per 1,000 people compared to the state’s rate of 8.4, according to a County Health Insights dashboard.

There are about 3,900 confirmed victims in Spokane County annually, which makes up 25% of the county’s criminal cases. Law enforcement receives about 14,500 calls related to domestic violence every year, according to a 2018 report from the Spokane Regional Health District.

Domestic violence plays a role in other problems like homelessness, Hauck said.

Of the 1,309 homeless people surveyed for the 2019 Point-in-Time Count, 125 were survivors of domestic violence, according to the count data.

“I just think this is a great opportunity for the Spokane community,” Hauck said. “I mean, if we’re going to change the amount of violence that we have in our community, this [domestic violence court] is one of the ways to do it.”

This specialized court differs from other courts by focusing on trauma-informed support to survivors and allows for alternative judicial processing. Hauck said this type of support helps survivors heal and move on. It also puts the responsibility of change on the perpetrator, not the victim.

With only one judge overseeing the entirety of a case, a survivor will not have to share their story multiple times, which can be a traumatizing experience for them. Hauck said perpetrators will have the opportunity to receive treatment and have a reduced sentence if they follow all of the court’s orders.

“One of the reasons you want to have this kind of court is there are many times that a survivor will say, ‘I just want him to get help … I don’t want them to go to jail,’” she said. “So we have to have a way so that we can create a court that allows for that, and that’s what we’re going to try to do.”

Murphey said a portion of the grant is allocated to support domestic violence perpetrator treatment. Receiving treatment is often a barrier because insurance does not cover it.

In this specialized court setting, SRDCV will hire a court coordinator who will assist in providing additional information to the judge. This can include assessment findings and input from victims, according to the press release.

Hauck said YWCA’s role is to provide advocacy support to victims and their families. The organization has various domestic violence services ranging from housing and therapy to legal support.

YWCA has a safe shelter with 40 beds that are contained in individual rooms and four apartments for bigger families. She said legal services are available for those needing assistance with protection orders, divorce paperwork and parenting plans. Advocates also help victims with safety planning and educate them about their options and resources.

“We always provide resources but we don’t tell people what they should do,” Hauck said. “We do everything we can to put the control on them to allow them to take control over their next steps.”

Aside from those services, YWCA has a Women’s Opportunity Center with a free clothing boutique. Hauck said survivors sometimes come in to pick clothes for a job interview or court appearance. YWCA staff prepare care packages for those who need additional clothing.

“When someone flees domestic violence, a lot of times the only clothes they have are what are on their back,” she said.

The main goal in implementing this domestic violence court is to disrupt the cycle of domestic violence in Spokane. Murphey said this court can help end generational trauma and engage people in services earlier and more consistently.

Previous Ask A Hindu: Practicing The Law of Attraction
Next Indigenous Peoples of Wales — and beyond