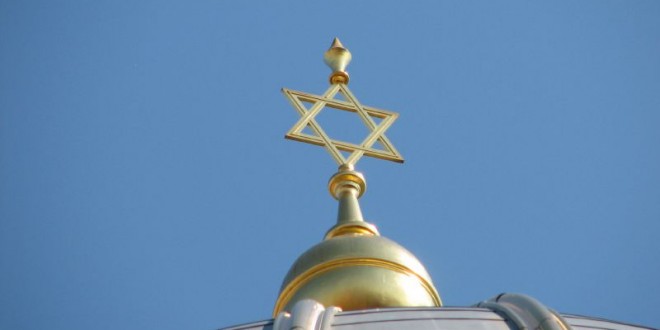 The need for interfaith support in times of threat

Judaism began with 12 tribes, and I believe a tribalistic mentality still emerges in many modern-day Jewish communities. Millennia of persecution will do that, as will being a small minority in places — America, the Inland Northwest — where Christianity seems to be everywhere. In such places Jews may sometimes feel misunderstood, regarded with suspicion, or even disliked outright.

I have met Jews whose cumulative response to others’ ignorance or prejudice was to grow wary of non-Jews. From what I understand, my paternal grandfather was that way, and it cost him his relationship with my father for too many years. In contrast, my involvement with the SpokaneFAVS community is a reminder that Jews can find support not only within their own community but also outside it. It’s a point I consider especially important in the wake of last weekend’s anti-Semitic graffiti.

Since I was a teenager, I have consistently pushed back against tribalism. Maybe on some level non-Jews can never understand the American Jewish experience, in all of its complexity, vibrancy and struggle. But I count my Christian wife and many non-Jewish FAVS writers as strong allies in Spokane. Ever since a swastika appeared at Temple Beth Shalom during Yom Kippur services, my local network of friends and acquaintances have offered an outpouring of sympathy, solidarity, and — perhaps most important — willingness to act.

Would TBS accept, in the near future, something like 2012’s Arms of Compassion event at Spokane’s Sikh temple? An event of that type for the Jewish community happened on Yom Hashoah that year, after initially being cancelled due to security concerns. The swastika at TBS confirms that such concerns are not trivial. Still, I worry that the fear of attracting more attention will prevent Spokane’s Jewish community from embracing another public, interfaith show of support. Such an event could provide not only solidarity in the moment but also lasting relationships with non-Jewish allies.

It can feel risky, after a direct expression of anti-Semitism, to think of non-Jews as allies. But right now may be the best time for Spokane Jews to connect with people outside our community. Dozens of non-Jewish allies are ready to stand with us and show hatemongers that Jews are not just survivors but thrivers. Even, or maybe especially, in a small, tight-knit community like Spokane’s.

Previous Discussing Companionship with Nature
Next Father Knows Best: “Only the suffering God can help”