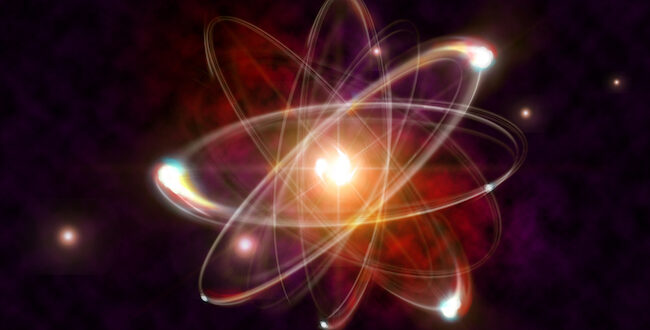 The Nature of God: An “Unknowable Essence”

The Nature of God: An “Unknowable Essence”

It’s hard to contemplate an afterlife without considering Who might be in charge. So let’s explore the nature of God. Voltaire observed, “God created man in His own image, and man has been trying to repay the favor ever since.”

We can’t describe the image or nature of God because words fail. They express only the material world: Three dimensions moving through time, itself a yardstick contrived by man, is all we can fathom.

Within humankind, the family is the fundamental biological unit. It’s also the basic social unit. For thousands of years the father, usually larger and stronger than the mother, has headed the family. Mother’s responsibilities involved nurturing the next generation. Abrahamic religions view God as the Father, while Hinduism adopts various approaches, from a genderless God to one that is androgynous (male and female). A view of God as described in Baha’i writings was explained here.

The material world we inhabit dictates our perceptions; it’s hard to conceptualize a dimensionless entity. When pressed, many religions concede God is unknowable, an indescribable Essence transcending material limitations. Yet religions tend to depict God as a man.

Our understanding of the physical world constantly changes. It’s been only in recent centuries that we started to fathom the electromagnetic spectrum, wavelengths and photons, most of which are invisible. For thousands of years, humans distinguished only what they could see —visible light—even while invisible ultraviolet rays sunburned them.

Although research into electricity dates from the 1700s, more than a century was required to harness electromagnetism sufficiently to make the first radio broadcast in 1906. As a child during World War II, I listened to static-filled transmissions from overseas. Today I video-chat, instantaneously and clearly, with friends in China.

Electromagnetism allows us to send satellites and probes into the vast reaches of space and receive information previously unknown about what’s out there. These “miracles” are all material. It seems likely that we haven’t exhausted discoveries about our universe, realities we’ve not yet begun to grasp: “No one really knows what happens inside an atom.” Might God be responsible? We don’t know what we don’t know.

Where does God come in?

Scripture attempts to explain the universe in terms commensurate with our intellectual development at a particular time, i.e., our capacities to understand. Entire civilizations developed from religious teachings. As our understanding increased, those teachings changed. Different messengers of God updated necessary social guidance.

What has not been updated is the notion of a single Source for all creation, a Source called ‘Yahweh” in Hebrew, “God” in English, “Allah” in Arabic, and other names in other languages. Baha’u’llah has described that Source many times throughout His writings, yet the door to the knowledge of God is “closed in the face of all beings.”

We know God only through his Messengers: God’s will “hath caused those luminous Gems of Holiness to appear out of the realm of the spirit, in the noble form of the human temple, and be made manifest unto all men, that they may impart unto the world the mysteries of the unchangeable Being, and tell of the subtleties of His imperishable Essence.”  Those “luminous Gems” include Moses, Jesus, Muhammad and many others, but the realm of the spirit remains unknown and unknowable, even through these Gems.

Elsewhere Baha’u’llah explained: “…it is evident that God, the unknowable Essence, the Divine Being, is immensely exalted beyond every human attribute, such as corporeal existence, ascent and descent, egress and regress. Far be it from His glory that human tongue should adequately recount His praise, or that human heart comprehend His fathomless mystery. He is, and hath ever been, veiled in the ancient eternity of His Essence, and will remain in His Reality everlastingly hidden from the sight of men. No vision taketh in Him, but He taketh in all vision.”

Thus, “The essence of belief in Divine unity,” Baha’u’llah states, “consisteth in regarding Him Who is the Manifestation of God and Him Who is the invisible, the inaccessible, the unknowable Essence as one and the same. By this is meant that whatever pertaineth to the former, all His acts and doings, whatever He ordaineth or forbiddeth, should be considered, in all their aspects, and under all circumstances, and without any reservation, as identical with the Will of God Himself.” As the Son of God  explained, “The Son can do nothing of himself, but what he seeth the Father do….”

‘Abdu’l-Baha stated, “the essential names and attributes of God are identical with His Essence, and His Essence is sanctified above all understanding.”

Although we experience God here through His Manifestations, God exists beyond our material world and outside our capabilities to understand Him. What does this imply for an afterlife? And what, exactly, is an afterlife? Another column will explore those questions.