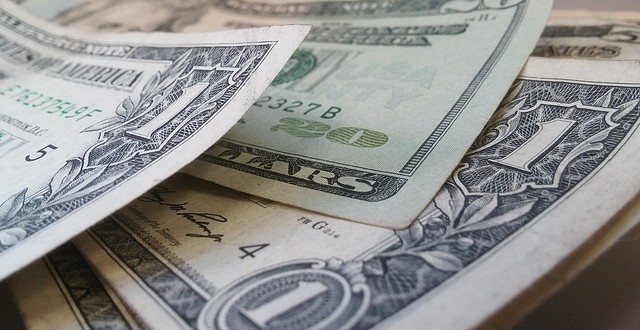 The More We Buy, The Less We Feel?

I aspire to eat healthy, minimally processed foods that I prepare myself, with local  ingredients, in my own kitchen. I also have a bottomless appetite for trash, and often indulge in curly fries, frozen pizza, and pretty much anything in burrito form.

Same goes for my relationship with other consumer goods. I love the idea of “living simply.” It smells clean but not antiseptic, like an Anthropologie store or one of those upscale organic disinfectants. The problem is that I also love buying stuff. At thrift stores. At Costco. At Nordstrom. When I purchase stuff, I also buy into the illusion that I’m self-sufficient, that I’m in control of these pieces of my life.

Clearly I’m not alone in feeling a bit guilty about the retail high. In Judith Levine’s 2006 book “Not Buying It,” she and her partner pledge to buy only necessities for a calendar year. This leads to all kinds of negotiations about the definition of a necessity. Toilet paper? Sure. High-speed internet for two writers who work from home? Debatable. Granted, Levine’s surrender of her purchasing power is voluntary, a distinction she readily admits.

One poignant moment in this year-long quest unfolds on a ski day. She needs ski wax, and she’s not allowed to buy any. She freaks out about having to ask the warming hut guy if she can borrow some. Yes, it’s a first-world problem. And it leads Levine to a deeper understanding of what drives her as a consumer. “What I want is autonomy,” she writes. “To buy is to be an adult. A person without money is a child, and all children are beggars.” On many occasions, opting out of consumer culture causes Levine “to feel vulnerable and to ask for help, an almost un-American behavior.”

Elsewhere Levine expresses shock at the eroding investment in institutions of public good, especially libraries. She finds fewer spaces where she’s welcome if she’s no longer a paying customer. While Levine is isolated in her self-imposed exile from the coffee shops and stores, some critics would also point out that those of us inside these commercial spaces are isolated from one another. As consumers, we share space with others not so much around a common interest or activity but in the pursuit of our own aims and pleasures, filling up our baskets and giant carts.

In his book “Consuming Religion,“ Vincent Miller examines this isolation of consumer culture from another angle, the single-family home. While extended families often used to live together and produced much of what they needed, the members of a modern single-family home typically buy more and produce less. Such an arrangement signals a higher standard of living, Miller claims. We don’t have to spend all morning churning butter, when we can just buy it at the supermarket. But living this way also leads to the “atrophy of certain psychological skills,” as Miller puts it, and “results in the loss of the ability to live in close proximity with one another.” As one who joined a dual-ish-family household over a year ago, I can attest that at times it stretches my people skills. (Can I say what I need instead of leaving passive aggressive post-its like “Don’t eat this if you’re under 30!” on the nice cheese? I’m working on it.)

Besides our eroding abilities to get along with our own families, Miller points to broader social implications. Keeping up a single-family home “requires an enormous amount of resources and renders us less able to share our dwellings with others in hospitality,” Miller argues. The isolation and inward focus of this system can make us less likely to see others’ needs in the first place, much less respond to them.

Certainly there are many exceptions to this pattern (and let me be clear that living in a multiple-family home has not magically  transformed me into a more compassionate person). But it’s definitely worth thinking about the ways that our default social patterns promote shopping and buying over so many of the other kinds of things that humans like to do. How do we expand the love of a family outward rather than just focusing on our own immediate needs?

Consumerism endangers our relationships with the people around us, and it also detaches us from people involved in the production of many of the products we buy. In “Slavery and Commodity Chains: Fighting the Globalization of Indifference” Miller labels this separation the “commodity veil”: we know much more about the products we buy than we know about the people who made them. Miller reminds us that this widespread detachment from the makers and harvesters of our goods is a big part of what Pope Francis calls the “globalization of indifference.” Elizabeth Cline’s 2012 book “Overdressed” (here’s an excerpt) and NPR’s Planet Money series on the making of a shirt are two compelling and informative attempts to lift the “commodity veil” of our clothing.

This is a lot to think about as I scoot my shopping cart past towering racks of merchandise. As Judith Levine reflects, “just as it promises to buy us love, the marketplace also frees us from relationship, releases us from needing other people. As long as you’ve got a credit card in your pocket, you can go it alone.” She’s critical of this stance, as am I, but I also behave as though it’s true. To what extent does consuming distract me from my dependence on other people and on God? How do my buying habits affect my capacity to love others, the ones nearby and the ones whose labor I benefit from but whose names I’ll never know?

Join SpokaneFAVS for a discussion on “Faith and Consumerism” at its next Coffee Talk at 10 a.m., Dec. 6 at Indaba Coffee/The Book Parlor. Sheets is a panelist.

Nicole Sheets is an assistant professor in the English department at Whitworth University. Sheets grew up in a small Baptist church in West Virginia. These days she’s the tallest alto in the choir at the Cathedral of St. John the Evangelist. Sheets is the web editor for Rock & Sling (rockandsling.com), the literary journal housed at Whitworth, and the founder and editor of How To Pack for Church Camp (howtopackforchurchcamp.com), an online anthology of creative nonfiction about spiritual experiences in the out-of-doors. She really digs Twitter (@heynicolesheets).