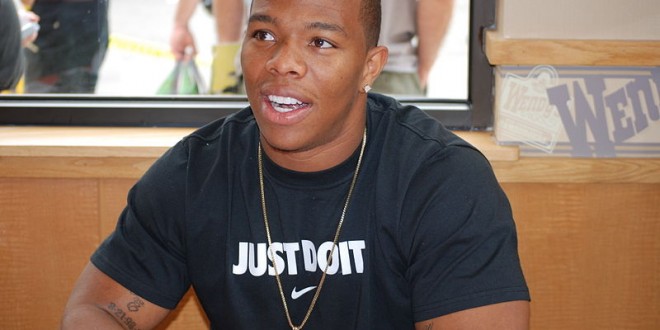 The ‘men’ of the NFL aren’t acting like it

I took some responsibility this morning — and it hurt. I’ll explain in a minute. But first, let me share with you what led up to it.

Think about responsibility for a moment. Define it. And identify its importance to society.

Our nation is called “a nation of laws, not of men.” The phrase means that we all accept the need to live by a common standard, rather than to be governed by our personal interests, passions or prejudices. Our nation is predicated on that notion. This is what “e pluribus unum” (out of many, one) means.

Hopefully, we teach our children to accept responsibility for their actions. I say “hopefully” because it appears that our society is becoming increasingly narcissistic. Our national motto appears to have changed from the statement above to “I want mine; to hell with you.”

I am not being philosophical here. I am making basic points that we need to be reminded of in the wake of two major news threads emanating from the National Football League: (a.) The violent off-the-field behavior of two of its best-known players, Adrian Peterson and Ray Rice; and (b.) the violent on-the-field behavior that a league analysis says will leave one-third of its participants with cognitive disability, and at a far younger age than the general population.

Rice and Peterson must and will be held accountable for their actions. The former has already been convicted by the American people, based on a video showing him assaulting his now-wife Janay. Peterson has been accused of whacking his son in Texas with a tree branch, but the jury is thankfully still out on this case.

Violence is the common denominator in these on- and off-the-field issues. Coincidentally, violence is the NFL’s product. It’s what we buy. We want to see violent behavior under controlled conditions. It’s the same as playing violent video games.

We pretend that no one gets hurt in NFL (or even college and high school) games. We pretend that throwing money at terminally injured athletes is sufficient to satisfy them, their families and our consciences. In short, we refuse to take responsibility for our role in the violence.

If we didn’t buy tickets to those games, and if we didn’t buy the products advertised on televised games, players wouldn’t get hurt because teams wouldn’t exist. Owners wouldn’t have the money they need to bribe and deceive players into risking their lives because we and advertisers would find other places to spend that money.

Football players now have all the warning they need, thanks to the NFL analysis, which was filed last week in federal court. Will they pay attention? Do smokers?

Come to think of it, we all now have all the warning we need. Will we continue to endorse a sport that will kill some of its combatants, the same way Romans endorsed the gladiator matches that left one of them dead?

Will we continue to watch the Seattle Seahawks? Or Washington State or any other college or university team? Or even our high school teams?

This is a difficult moral choice because … well, hey, the Seahawks are Super Bowl champs. But it’s also part of our engrained behavior. Football is … well, hey, it’s part of what it means to be American. You work hard all week, and on Sunday you kick back, set up the barbecue at home or in the stadium parking lot, laugh and quaff beer, and eventually get around to watch grown men bash each other’s brains in – literally.

When an Adrian Peterson or a Ray Rice gets caught acting violently off the field we demand that they take responsibility, and rightly so. Our laws demand it. Society demands it.

But what happens when society itself gets caught, off the field, endorsing legally permissible violent behavior on it? How do we hold ourselves accountable? How do we own our responsibility for what happens on the field? Or should we even bother to do so?

This isn’t some arcane moral issue for me. I love football. Or at least I used to love it. Right now I find myself debating whether I have unwittingly endorsed something I hate.

As I see it, when we endorse violence on the field, we undermine our right to demand that off-the-field violence be punished. Our kids understand this instinctively. They learn it just by watching us. What’s the difference between belting some opponent who’s in your way on the line of scrimmage and belting some opponent who’s in your way in a school cafeteria line? What’s the difference between shooting some anonymous guy in a video game and shooting some anonymous guy on a street corner?

I prefer not to draw a distinction between the two because violence is violence, and violence begets violence. Many of those who are guilty of domestic violence learned that behavior as children, either by watching adults beating on each other or being a victim of abuse.

We live in a violent society. And “those who live by the sword shall die by the sword.” More murders are committed in this country than in almost any other nation on Earth. And we have even enshrined the right to bear arms as a fundamental tenet of American life.

I am asking the Lord to give me the right attitude toward violence. Is a game that requires violence leading to premature death really a “game” anymore? Should we look at such games as a way of venting our violent tendencies in the least destructive way possible?

Or do we need to be purged of our penchant for violence? Ah, there’s a revolutionary idea. But how will we accomplish that?

Answer: By becoming more Christian. “Christian” means “little Messiah.” And our Messiah surrendered to violence — to our human penchant for violence, taken out on Him — rather than endorse violence by fighting back. And at the Last Supper he equated the possession of weapons with evil.

But only God can accomplish this. And so I have prayed a simple prayer: “OK, God, if that’s what you want, go to work. Change me. Transform me. Remove my taste for violence, my penchant for violence, from me. Give me the grace to be the first one to turn off that TV and schlepp my barbecue grill to the beach or park instead.”

And that is what I did this morning by deleting the quick-link to my favorite football website. It hurt to make that choice, but it was possible with God’s grace because I just can’t do this anymore.

My question: Can you?