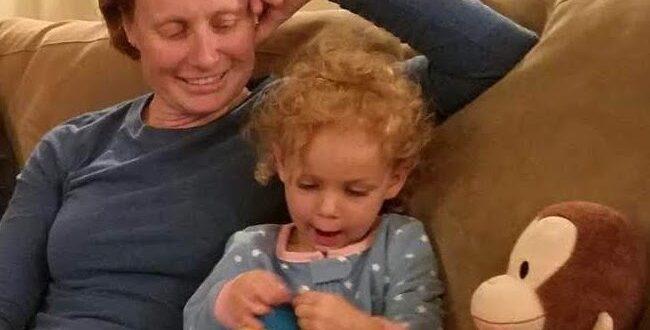 Tracy Simmons with her goddaughter, Jovi/Contributed

The lessons of being a godparent, three times over

The lessons of being a godparent, three times over

Unlike many of my friends, I’ve never wanted kids.

I’m spooked by their runny noses, sticky hands and high-pitched noises, and equally so by the baby talk and funny faces that come from the adults around them. By now my comrades have stopped asking if I want to hold their baby or, God forbid, babysit.

Yet somehow I have three godchildren.

My first godchild, I’m ashamed to say, I’ve never met. Almost 20 years ago, my best friend from high school married young, had a daughter and named me godmom. But as so often happens with high school friends, we drifted apart.

Then, five years ago, some of my closest friends asked if I’d be godmom to their daughter, Jovi. I was older and wiser by then and took it more seriously, even gifting Jovi the blanket my godmom gave me when I was a baby.

My godmother, Cathy, meant the world to me. My happiest childhood memories are from when my mom and I lived with Cathy and her two kids. She helped raise me and stood up for me when my mom began to drift into a cult, even though it cost her their friendship.

If I could be half as good to Jovi as Cathy was to me, then I’d consider myself a pretty decent godparent.

So I’ve worked hard and have spent time with my goddaughter, even when she has a mucous nose or melted chocolate on her face. And it always makes my day. Turns out I love this little kid.

Apparently, I’m so good at this now that, 16 months ago, another friend asked me to be a godparent.

Now I have a godson, Christian.

In July we had a baptism ceremony for him at Westminster United Church of Christ. I stood at the front of the church and faced the pastors (who happened to be his grandpa and grandma). They asked me and the other godparent if we promised to guide, encourage and counsel this child with the example of our life, through prayer and with the love of Jesus in the world.

I whispered, “Are you guys sure?!”

Then the pastors turned to the church and asked if they too promised to offer love, support and care to Christian, and help him grow in his faith in Christ.

The congregation, too, said yes.

My mind was racing though. What did all this mean? What did I, what did we just agree to?

I’m not so sure my life example has been superb so far. I don’t really pray. And I believe Jesus existed, but I’m a Buddhist!

I sat in the pew and thought about these things as Pastor Andy began her sermon. I shouldn’t be surprised that her words put me at ease.

“Kindness and goodness are the signs of God,” she said.

Helping this little boy grow in his faith and learn the love of Jesus is about being an example of a merciful and compassionate person.

I strive to be that person every day. Now I have even more reason to do so. Someone is watching. Actually, two little ones are watching. I should reach out to my high school friend, and try and meet my first godchild. Then three will be watching. That’s a lot of accountability.

I still don’t want kids of my own, but I’m privileged to be a part of these young lives. It makes me better.

Sorry, Christian and Jovi, I’m still not ready to babysit, though.