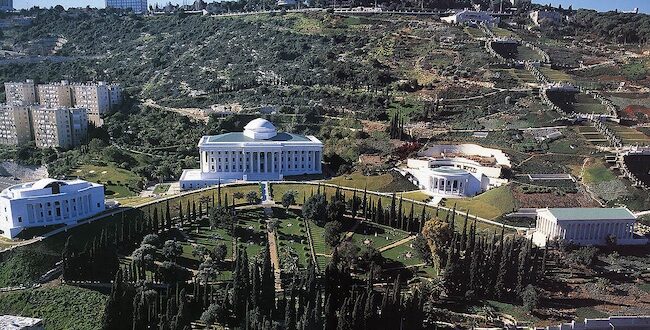 My last column introduced Baha’u’llah, a messenger of God and founder of the Baha’i Faith. He lived in Persia in the 19th century, a time of great religious ferment throughout the world. Baha’u’llah’s writings offer guidance for creating a just, lasting peace for humankind far into the future. Today we’ll explore basics of that legacy.

The Bahá’í Faith can be viewed as a system of spiritual knowledge brought by Bahá’u’lláh to transform society by transforming individuals. He taught that God is an unknowable Essence responsible for creating the universe. Baha’u’llah’s role, like prophets before him, was that of spiritual teacher, a spokesperson for God.

History records that God has sent such messengers at different times in different places to guide the people where each messenger appeared. Baha’is consider this “progressive revelation” and refer to these prophets as “manifestations of God.”  Such manifestations have included Krishna, Abraham, Moses, Zoroaster, Jesus, Muhammad, Buddha, and others. The latest is Bahá’u’lláh.

The Bahá’í Faith differs in many respects from earlier religions. For example, Bahá’ís have no clergy or other “authoritative” individuals, who interpret the sacred teachings according to their own understanding. Instead, Baha’is prayerfully elect, with no campaigning, members of governing institutions at local, national, and international levels. These institutions use the spiritual principles revealed by Baha’u’llah to guide the faith as it works toward building a peaceful, unified civilization.

Baha’u’llah explains implications of these onenesses in terms of their applications:

These goals constitute a minimal outline of ideals that the Bahá’í Faith considers essential for a peaceful world—a global civilization unified under a single Creator. Many of them are already being realized. Future columns will explore in more detail how these ideals apply in contemporary society.

The Oneness of God, Source of all Creation - SpokaneFāVS

[…] last column introduced basic principles for transforming society into the Kingdom of God on Earth, as sought in […]

[…] Hinduism, and others. SpokaneFāVS has brief summaries of Baha’u’llah’s life and his teachings. Those teachings promulgate ideas that are just now being accepted in many parts of the […]

[…] are, at their roots, from the same unknowable Source. Through Baha’u’llah, that Source mandated some fundamental changes in human attitudes and behavior, even while confirming teachings of earlier […]