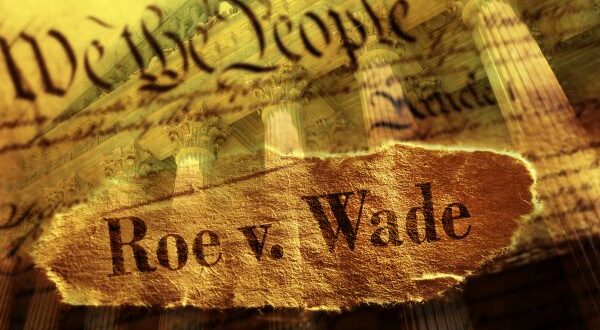 I did not want to write this column. I wanted to avoid the topic altogether.

I wanted to write about spring and the emerging greenery.

I wanted to write about the flowers my dear Carla will soon plant.

I wanted to write about a return to normalcy that will allow students to attend in-person graduation events.

I wanted to write about something else, anything else.

But there is no way I can avoid writing about abortion rights and the leaked Supreme Court draft of a decision that would overturn Roe v. Wade.

Politico, the well-respected D.C.-based news organization, last week reported the draft opinion obtained from a source whose identity is being well protected. The leak of a draft opinion, up to two months before a final decision might be released, is unprecedented, and has not happened before in the court’s history.

The draft, written by Justice Samuel Alito with the apparent concurrence of Justice Clarence Thomas and the three Trump-appointed arch conservatives, would roll back Roe, abandoning a 50-year court precedent and leaving it up to the states to regulate abortion. Most American women, born in the post-Roe world, will now face a reality that sent their mothers and grandmothers to illegal abortion providers before the 1973 court decision.

It is true the draft, fully authenticated by Politico, is not a final decision. Typically, the court bounces drafts back and forth so justices might argue their positions before settling on a resolution. But anyone who hopes that process will produce a different outcome in this case is living in a dream world.

There may be changes to some of the more arcane legal reasoning. But Roe is dead. That outcome was certain when Trump was handed three Supreme Court vacancies, guaranteeing a conservative majority, maybe for decades.

Of course, Donald Trump was a pro-choice Democrat until 2014 when, anticipating his run for the presidency, he did a 180 in hopes of attracting anti-abortion voters and their money. He promised to end Roe and followed through with the court appointments.

Not surprisingly several red states moved quickly after the court’s shift to enact laws that would produce the desired Supreme Court case. It will be Mississippi’s law that puts the stake in Roe’s heart.

Politico’s decision to publish the leaked draft sparked an ethics debate in media circles: Is the more important story the draft and its ramifications or the leak and its violation of court confidentiality?

As The Washington Post reported, conservative media decried publication and suggested the undermining of court confidentiality is more significant than the potential decision. Middle-of-the-road and progressive media argued the draft is of vital public importance and such importance outweighs the confidentiality issue.

In media ethics, public interest is nearly always a deciding factor. At Politico there was no debate – and no debate was needed – once the draft was authenticated.

If the draft becomes the decision, there are some outcomes to consider.

Leaving abortion regulations to the states means that in several blue states, abortion will remain legal. Oregon and Washington, for example, have codified abortion rights in state law. Idaho is poised to limit abortion following the Texas model.

That means the two Northwest states will soon experience what some are calling “abortion tourism.” Women with the means will travel here to obtain abortion services unavailable at home. Women without financial means will have to make harder decisions. Illegal providers will be back in business.

Of course, laws can be changed. The anti-abortion mob vows to make abortion illegal everywhere. That means we will see brutal campaigns for legislative seats in Oregon and Washington as anti-abortion forces attempt to swing blue states red. These campaigns will be ugly and likely never ending.

There are other repercussions to consider. The draft’s legal language is arcane, the principles difficult for us lay folk to understand. But as The New York Times reported, the legal foundation for the draft decision on abortion could be used to overrule court decisions on same-sex marriage, on sexual activity between gay people and on the provision of equal protection to the LGBTQ community.

Think what that might mean to the existing red/blue cultural divide. Those seeking such protections will flee the red states, leaving them even more red and make blue states even more blue. How does this help heal our fractious society?

Following release of the draft decision, Alito vowed the court will not be swayed by the political backlash. The Constitution will prevail, even against politics of the moment, he said. But anyone who thinks the pending decision is anything but political is not paying attention.

This decision was foreordained by Donald Trump’s election, which was, itself, based on the most cynical political maneuver imaginable.

Trump got what he bargained for and delivered for his supporters. America’s women lost.