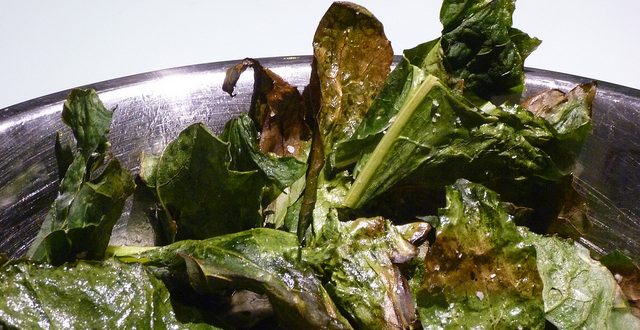 The Kingdom of God is Like a Wilted Kale Salad: A Timely Parable

For the past decade I found myself concerned with theological epistemology – how can we know that our statements about God are true. What are the criteria for verification? After working my way out of the mid-1950’s and through the post-modern theorists, I decided that once I had gotten a sense of what is responsible and intellectually honest discourse, the issues that search raised and the intellectually honest answers were the lessor part of the problem with religious discourse. I saw the world collapsing whether or not I relied on juvenile authority as verification or rested my case on my experience as worked out with my fellow seekers of knowledge. The contemporary European and French theo-philosophers helped.

I came to the conclusion I was misleading myself and ignoring the most important, the one living, question, “What role have mythic visions of God played in human history?” (Anne Primavesi, Cultivating Unity Within the Biodiversity of God). To be more precise, what do the stories we repeat over and over, like our leaders’ lies, cause in our lives and the dying life of our world? Are they helpful in preserving life and love of life, or do they merely serve to justify our over-weaning views of our own importance and validate our tickets for seating somewhere near the right hand of some perhaps-god in his (sic) heaven? Do the stories only lead us to a false and self-defeating sense of salvation?

More and more, I feel despair when I read any of the contradictory creation stories in the Bible which we have taken, rather uncritically, as presenting true tropes about our position in the order of the world. Even when I follow Bultmann’s demythologizing I end up with a God I reject, even though He did say of the creation, “It is all good.” God remains outside creation and us, and lords over it imperialistically, the all-powerful, very arbitrary, white male capitalist mainly concerned with his glory and with being worshiped and obeyed. Mankind’s role is that of being his servant, concerned, as all of pharaoh’s lieutenants, with collecting more goods and wealth for him, not with protecting the commonwealth: we humans count only as protectors of God’s privilege.

The anthropocentric principle says we are exempt from the checks and balances imposed by evolution on the rest of life; that we are somehow not quite as low as animal, and wherever my dog goes upon death. I and only I will be saved by God if I have obeyed his arbitrary value system. Creation happens outside life in Genesis, and life passes on to its meaningless ending at Armageddon, nature disintegrating and humans getting their service medals. As Anne Primavesi says (p.123), “The pivotal question, then and now, is whether God is identified as being concerned with the welfare of all creatures – or only of us human beings. Implicit in this question and evident in answers to it is the difference between two modes of power attributed to God.” She cites John Dominic Crossan’s distinction between, “the violent power of domination or the nonviolent power of persuasion” (Crossan, God and Empire, p.12). In the bloody Genesis stories and especially their orthodox enlargements God exercises and gives us the violent power, mostly ignoring the nonviolent alternative.

I can’t accept such a view of God without withholding my belief and qualifying what I say as dangerous, and with it being so often repeated in our cultural mythos, allowing us to blindly walk to our destruction. Soon!

So, one evening last week I found myself stumbling home, weak with hunger, but overcome with nausea with every thought of food. Too tired to think well, and way too tired to do much cooking. So I settled in an easy chair, a stiff glass of scotch by my side, knowing I could get it down but probably die sooner. Why did I suddenly think of my mother’s dinner of wilted lettuce? I hadn’t tasted it for 62 years. The taste flooded my mouth, and the ease of preparation was appealing. However, I at first dismissed it – the head lettuce she had available then, after the war, did not well nourish. I saw her smiling, “I’d fix it for you when I was too tired to do better. You liked it so much. I know head lettuce is little more than cellulose and water, not even filling, but why stay limited to a past availability which is no longer relevant? Surely, don’t you see, Dad and I left you and your brother with more options at nourishment than head lettuce. Try Kale!”

I could use her traditional recipe with all its meaningfulness, and throw out the useless, diverting lettuce and add that contemporary garden delight, kale! I had just bought my first batch two days ago. Miracle? Of course.

I assembled, I cooked, I ate, I enjoyed and prospered. The Kingdom is there, at hand. I only need to get my head and stomach together, and do the right thing, conforming to (participating with) the interdependent necessities of the present event:

Tear up the kale leaves and toss into the mix. Add egg slices and stir, oiling all well. When the kale is tender, spritz with vinegar, add salt if you wish, serve, eat, and thank God.

Serves one. Use as main course or side dish.

Previous May 13 workshop: Dismantling the Doctrine of Discovery
Next Trump order frees tax-exempt churches to be more politically active