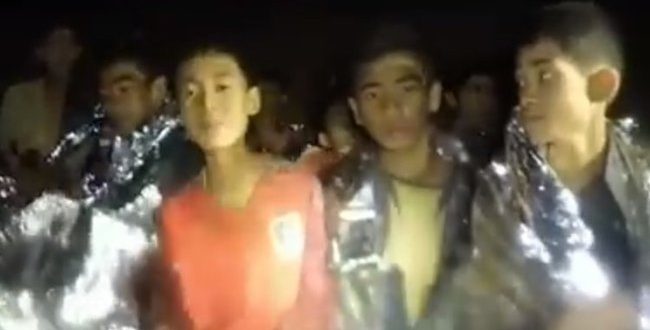 The joy of desperation

I don’t usually get ideas for these letters while sitting in church in the middle of worship, but I thought a lot about the Sunday’s Scripture reading from Mark 15, in which a poor, bleeding woman (a nobody) and a high-ranking synagogue official (a real somebody) both received what they needed from Jesus.

Regardless of their social rank, both people got what they needed as a result of taking a huge risk out of desperation. Desperation isn’t bad because it motivates us to act. Desperation comes from within and reflects our helplessness to provide what is absolutely essential.

When our prayer group gathered last Friday night, we prayed out of desperation. We begged God that the children in that Thai cave be saved, and we acknowledged that only He can do this. The next day there was joyful news that four of those youngsters had been rescued.

When we met on Monday we thanked God because, by then, eight kids had been rescued. But we remained desperate. For the remaining kids and their coach? Yes. And our prayers are now fully answered. Now comes the news that ALL of those trapped in that cave have been rescued.

But we prayed for much more than that one situation because there is a lot more desperation in the world than we realize.

Thousands of terrified immigrant children and their parents are desperate. Will we allow their desperation to become ours by praying for God to reunite them?

There are thousands upon thousands of refugee children (and their parents) flowing into Europe as they try desperately to escape war and destitution. Are we desperate enough to pray for them?

Be honest enough to admit that the answer may be “no” because those children are no longer in the news much. After a while when you hear the same stories day after day you become numb. Then the desperation weakens, until it finally dies.

But God can breathe new life into it.

Are you “kids” desperate enough to pray for your parents who enter old age with no stable income, in failing health, or with psychological or emotional issues?

Are you desperate enough, in concert with others, to pray for your country – to pray that God make things right? Are you desperate to see a nation with less violence and more respect, less greed and more empathy?

I’m not foolish enough to promise or even imply that every desperate prayer is answered in exactly the way we want it. People will continue to suffer and die no matter how desperately we want them to be well and thrive because we live in a broken, fallen world and God can’t fix everything without turning himself into our slave. But when we cry out in desperation God comes very close to us, and that always is the first and most important answer.

A few years ago I and the other attendees at a Bible study laid hands on, and prayed with, a woman who was desperate that her daughter be healed of cancer. When our prayer was over she said she felt an astounding level of peace, something she would never have expected, and that she once again knew that God loved her. And she was over-the-top grateful.

The next time you’re really desperate rejoice because there’s someone willing to listen and respond. If you’re willing to cry out, that is.

Previous Ask A Jew: Tithing
Next Climbing my Faith