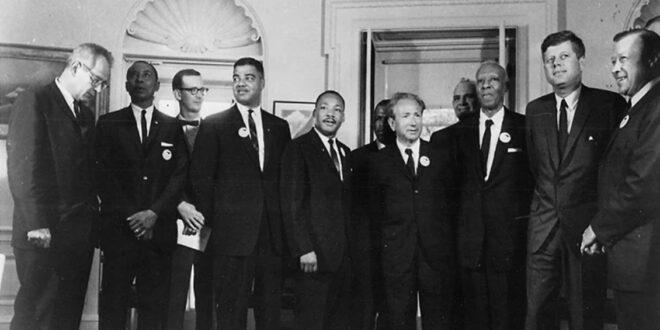 The journey from the Jan. 6 insurrection to Martin Luther King Day

The journey from the Jan. 6 insurrection to Martin Luther King Day

“It’s coming to America first,” sang Leonard Cohen in his song “Democracy.” And then continued: “The cradle of the best and of the worst.”

The worst was on display on Jan. 6, 2021. By now the images are familiar. The white mob ransacking the U.S. Capitol, threatening lawmakers and attacking police officers, attempting to destroy the most sacred of constitutional processes, the peaceful transfer of power to the duly elected.

“The last time America saw middle-class whites involved in violence was the expansion of the KKK in the 1920s,” the scholar Robert Pape, who specializes in the study of politically motivated violence, told The Atlantic.

Attacking Their Own Nation

Why would this group, made up largely of middle-age white people with good jobs, attack their own nation? After an exhaustive analysis, Pape and his research team isolated a single, fascinating variable: Members of the mob came from counties where the white share of the population was in decline.

These were white people who felt like they were being replaced by ethnic, racial and religious minorities in a country that was rightfully theirs. To maintain their supremacy, they felt they needed to destroy diverse democracy.

Donald Trump was a master at connecting his personal grievance with this collective grievance. Here are the words he uttered on Jan. 6, the active element that turned the crowd into a mob: “Our country has been under siege for a long time, far longer than this four-year period. You’re the real people. You’re the people that built this nation. … And if you don’t fight like hell, you’re not going to have a country anymore.”

Eugene Goodman stood in the way. A Black police officer amid a murderous white mob, he had the presence of mind to guide lawmakers one way and lure the insurrectionists the other.

For me, it was more than a little symbolic. I view Goodman as part of the tradition of Black Americans who were believers in American ideals and guardians of American democracy.

The journey from Jan. 6 to Martin Luther King Jr. Day is an opportunity to reflect on this theme: The most remarkable thing about the United States is that the very people who have been subject to the worst of the nation have embodied it at its best. African Americans have not only believed in the nation’s ideals, they have sacrificed so that those ideals might belong to everyone.

Frederick Douglass was unsparing in his description of American racism in his famous speech “What to the Slave is the Fourth of July.” And yet he closed that address with a statement of hope for the American project: “I do not despair of this country,” he said, and went on to extoll the “great principles” of America’s founding documents and “the genius of American Institutions.”

Nikole Hannah Jones, who inspired a reckoning regarding America’s origins with her 1619 Project, still spoke of the importance of achieving the “magnificent ideals” of the European founders of 1776.

Langston Hughes put it thus: O, yes,/I say it plain,/America never was America to me/And yet I swear this oath — America will be!

But Hughes didn’t just insist on freedom and equality for his community. In that same poem, “Let America Be America Again,” Hughes spoke of “the red man driven from the land,” the immigrants “who left dark Ireland’s shore, / And Poland’s plain,” the laborers on strike, the poor waiting in the relief line, the farmers with their plows in the fields.

When given a voice, the very people who were systematically excluded from American ideals used their voice to insist that those ideals include all of us.

That meant even the oppressor, reformed. Black people have long believed you can not only change your nation, you might even be able to change your enemy.

Thurgood Marshall maintained friendships with segregationists, sometimes speaking up for their personal character even as he argued against their political views. Shirley Chisholm visited George Wallace in the hospital after he was shot. Bryan Stevenson developed as much sympathy for the racist white prison guard as he had for the falsely accused Black prisoner. Loretta Ross accompanied a former Aryan Nations leader named Floyd Cochran on an atonement tour.

Clearly, there is a religious dynamic at work here. Redeeming the nation is a sacred project. It was an ethic that found its highest expression in the words and example of the Rev. Martin Luther King Jr.

King could scarcely open his mouth without uttering an American founding ideal, making a religious reference or offering some inspiring combination of the two. In his first speech as head of the Montgomery Improvement Association, given virtually impromptu, King went back and forth between the vision of the Bible and the vision of the Constitution, making it clear that for the purposes of the civil rights struggle the two visions were essentially one and the same.

For King, the biblical promised land was a place where the ideals of the European founders were realized, and best described in the language of Black spirituals.

The sacrifices made to achieve this vision had an almost sacramental quality. King compared the fire hoses that Bull Connor turned on the civil rights marchers in Birmingham to the waters of baptism. For King, it was not just the destination that was sacred; the struggle itself was holy.

Poll after poll finds that the majority of Americans see their democracy in crisis. When you see the images of Jan. 6 and consider the myriad ways that voting rights have been curtailed since, I suppose the sentiment is understandable.

But I cannot despair. My family and I are direct beneficiaries of the larger sacrifice made by Black people to achieve America’s ideal.

I am a United States resident as a result of the 1965 Immigration Act, which allowed nonwhite immigrants into the United States after nearly a century of racially exclusionary immigration policy, launched with the Chinese Exclusion Act of 1882. It was passed at the height of the civil rights era, in the same time frame as the Civil Rights Acts of 1964 and 1965, and was very much a part of the larger ethos of diverse democracy that the Black leaders of the civil rights movement advocated and sacrificed for.

Black people could have easily called the American project a lie and rejected it. Instead, they chose to view the nation as a broken promise, and they gave their lives to help fix it. We owe the continuity and expansion of American ideals to the community we celebrate on MLK Day and during Black History Month. I owe my life in this country to their work.

I know I can never fully repay this debt. The least I can offer is my deepest appreciation and my most sincere effort. And so as we journey through January, I pledge to push our nation further along the arc of the universe, toward the justice of which Martin Luther King Jr. spoke.

Previous Dogs and dharma: A prison ministry yields children’s book teaching Buddhist lessons
Next Looking for the Soul of Christmas