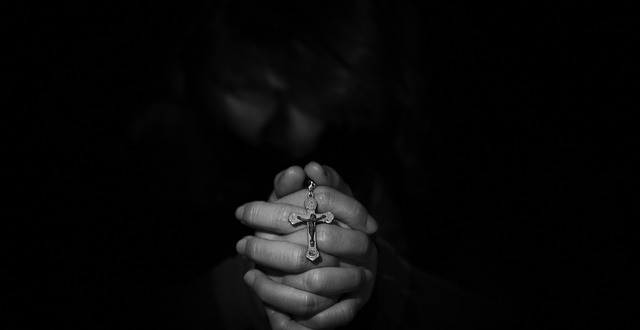 The Jesus Prayer in practice

Lord Jesus, son of God, have mercy on me, a sinner.

The Jesus Prayer, with its long history within the Orthodox tradition, has given me hope as I practice it. Lately, I have been frustrated with a sense of not mattering. By reciting the words, “Lord Jesus, Son of God, have mercy on me, a sinner,” I am taken deeper in my connection with the Master of the Universe; I enter into the place of God through Christ Jesus, and find the God of love.

The Jesus Prayer speaks into my life in unexpected ways. I have come to discover many unknowns about God and faith by repeating the ancient prayer throughout my day. I have learned how God manifests and embodies himself in in the moment to moment of my life not as some cosmic cop making sure I behave, but as loving presence. Like two friends walking side by side, as I pray the Jesus Prayer, I find the friendship of God that Jesus promised. The reconciliation with God that Jesus won on the cross opens into my life as the greatest gift of all.

Many think the greatest benefit of being a Christian has to do with going to heaven; Jesus paid the price and because of his actions, vile sinners like me and you get to go to paradise. Many think of Christianity as a way out of the messiness of world. They, of course, ignore the famous words at the beginning of John, “For God so loved the world…” Rather than despising the world for all its messiness (as many Christians tend to do), God loved the world so much as to give his very son. Rather than offering us an escape from the world, a get out of jail free card, Christ offers something deeper. The first witnesses were motivated by more than just a way out of this world and into heaven. To them, faith in Jesus was more than a ticket to heaven, but a way of living.

St. Paul claimed God reconciled us to him in Christ. Jesus preached that the Kingdom of God was at hand. All things became a new creation with the cross. Rather than a rejection of the world, Jesus’ actions on the cross were a transformation of the world. We are called not to be a part of the old world with its motivations of greed, self interest and pride, but to live in a new earth, a new creation. So what defines this new creation?

There is an old piece of advice for those who want to get ahead in life: “It is not what you know, but who you know,” meaning, success comes not from ourselves but from the people who are in our lives. Mothers know that who we hang out with determines who we are. We Christians should know this better than anyone, for it is not what we believe but who we believe in.

To live in relationship with the Master of the Universe brings the greatest gift, not a heaven after death but a love eternal that begins while we are still living on this earth. When I pray to Jesus, I enter into the who of God and I find the whole of creation is new once more. In my son’s smile and my wife’s grace, God reveals his presence. I am new again in Christ and he fills me in this life, as well as the life to come.

Previous Who’s praying at Trump’s inauguration? A mix of supporters, critics and firsts
Next Not a Strategy — A Way of Life