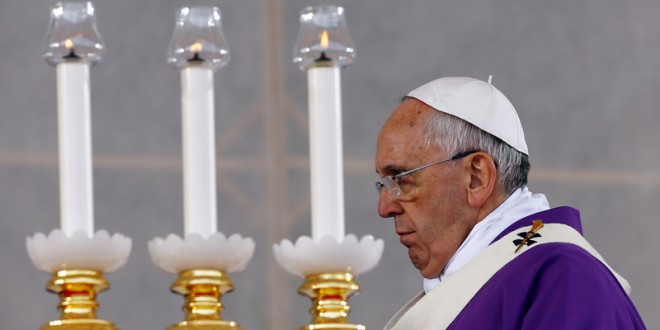 The Jesus message, and the pope’s, will remain unpopular

Visiting Philadelphia in this last June I saw the city in busy preparation for the pope’s trip to the U.S. The pope will be busy on his trip, armed with a forgotten or neglect part of Christian theology. In his last encyclical, Pope Francis frustrated both sides of the American political spectrum.  His call and stand against abortion and for life was not well received among the left as they were hoping the pope was one of them. His strong stand for Christ and the affirmation of life did not jive with their worldview.

His revival of Creation Theology and God’s mandate to till and care for the Earth, and his equally strong stand against greed did not fare any better among the right. They knew he was not one of them in their worship of markets and this confirmed their fears. His strong stand for Christ and joining Jesus in advocating for the marginal and poor of the world certainly did not jive with their Free Market Ideology.

Jesus brought a radical message of love to a world that knew only violence. It was a different way that way of violence common to humans. This call to love, love God and love enemy, remains radical as it does rare. In a world when Donald Trump can excuse the a poor homeless man beaten by a two thugs in Boston by simply saying that his supporters are passionate, as if blind racism denotes anything but the spirit against God, and in a world in which Hillary Clinton can take money for principalities and powers though the Clinton Foundation and say she is not beholding to them, Jesus’ power remains the third way, or in fact, the only way to life and truth. The Jesus message will remain unpopular with the powers and principalities.

This reminds me a lot of Kierkegaard, and I couldn’t agree more. If your practice of Christianity *doesn’t* make you uncomfortable, doesn’t force you outside your comfort zone and habitual ways of thinking, it’s not really Christianity (nor Judaism, nor Islam, et cetera). If it doesn’t challenge you, doesn’t drive you to embrace the unlovable and pursue the unimaginable, you’re doing it wrong.