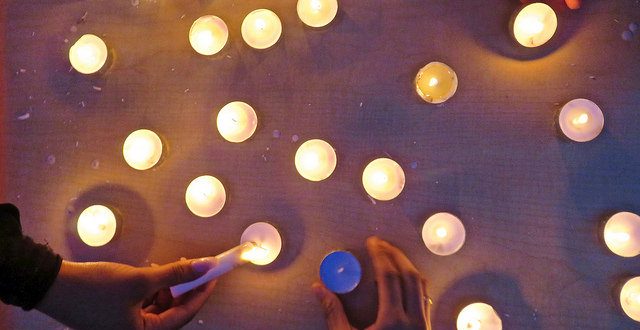 The humanity of violence

Mark Galli, the editor of Christianity Today, recently offered some interesting observations on the human inclination toward violence – what I call the humanity of violence.  Even as I wrote that phrase I was struck by the stark truth of it. And in light of what happened in Florida it’s even more important that I chew on that phrase.

When we use the word “humanity” we normally do so in a positive way. We ascribe to that word a kind of nobility, charity and goodness that is naïve because it denies much of the reality of humanity as we live it out every day.

In his recent email Galli wrote about the “transformation of the human heart by Jesus Christ.” But when I first read that line I misread it as the transformation of Jesus’ human heart. He suffered much, the Bible says. He was perfected through suffering. He griped about those who called him “Lord” but didn’t do what he told them. He couldn’t seem to escape from people who kept pestering him for the miracles they wanted and yet, when he wanted them to remain near him in his darkest hour, they all ran away.

If Jesus’ heart hadn’t been transformed would he have wound up acting violently, or at least advocating violence? If he hadn’t surrendered to God would he have been willing to deny himself and become a victim of violence?

We all see the benefit of Jesus denying himself. If he hadn’t denied his very self – the self that wanted to go on living – he wouldn’t have learned the human value and need for all of us to do so. Or to put it another way, if he hadn’t emptied himself he would have become full of himself.

To be fully human is to be violent at certain times, or at least to desire violence. I see that truth operating in my life a lot – more proof I need Jesus every day as my savior. But Jesus was fully human and yet never violent. Judas would have argued that the only thing Jesus needed to “save” himself was to become violent.

Galli writes about the “out-of-fashion … naive … (and) simplistic” notion that our hearts can be transformed by Jesus Christ. That is the way a lot of people look at transformation.

The humanity of violence. I challenge you to apply that phrase to yourself. Perhaps, as a result, the next time you are tempted to angrily condemn someone else, no matter who, no matter for what, you may just feel the desire to reconsider your attitudes.

Comments regarding this article are always welcome, either on the SpokaneFāVS webpage or Facebook page. Let’s talk.

Previous From competition to community
Next Navigating love’s labyrinth