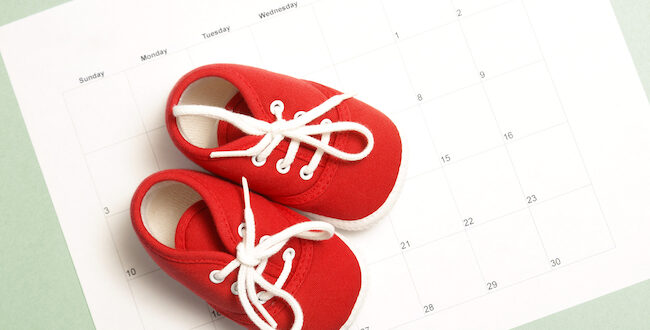 Hindu Scripture and tradition clearly prohibit abortion, except to save the life of the mother. It is considered an act against rita (universal order)and ahimsa (non-injury).

In the words of monk Swami Omkarananda, “Imagine, through millions of abortions around the world, day in and day out, how many wonderful scientific spiritual geniuses, doctors, men of excellence of every kind, saints, sages, benefactors of mankind, builders of a better culture and civilization, are destroyed even before they can take a breath of fresh air here on earth!’

Hindu ethics does not justify aborting a fetus for actual or potential deformity or mental retardation, for each birth normal or not, is revered as having a divine purpose to be understood, not manipulated. Nevertheless, abortion is performed by Hindus in India and elsewhere — in particular, the selective termination of female fetuses following ultrasound examination. One professor calls this practice a perverted use of  modern science, a scarcely concealed form of infanticide.

Sivaya Subramuniyaswami summarized, “Followers know abortion is by Vedic injunction, a sinful act agains dharma fraught with karmic repercussions. Scriptures only allow to prevent the mother’s death, for it is a greater sin for the child to kill the mother.”

In modern context, Guru Swami Tejomayanda explained that attention must be focused on prevention of pregnancy by educating and creating awareness in parents. If abortion should it occur it creates a karma to be faced in the future, but is not regarded as an unforgivable “sin.” A penance could mitigate the karma, such as adopting a baby who might otherwise have been aborted if no home was provided.

The Vedic View on Abortion

Many reasons are put forward for a liberal abortion policy, such as population control and unwanted children. Personal reasons for obtaining abortion include inadequate finances, interruption of education or career, too many children already, bad home, unmarried mother, mother is too young, adultery, rape, incest, mental or physical defects of the fetus and death of the mother. Socialoglically, the growing rate of abortion is to the increasing urbanization of worlds population. Children in the city are not the labor asset they were in the agricultural countryside. Hence, as countries become urbanized, birth rates drop rapidly through contraception coupled with abortion as a back up.

Hinduism’s ancient texts contain numerous verses condemning bharunhati, the killing of the embyro. They do so because Hinduism, like other religions believe the soul joins the fetus at conception.

Built within the great Hindu religion is the process of atonement. What is the prayschitta — penance — to be done to atone for abortion?

One that works very well in this modern age is to adopt a child, raise it with tender loving care, believing this soul is akin to the aborted soul who  sought to take refuge in this family. This then atones. Mahatma Gandhi utilized this principle when one day he consoled a Hindu man who said he had slain a Muslim in revenge for his son’s killing at the Muslims hands. He was deeply troubled about his crime. Ghandi advised him to adopt and raise a Muslim boy as a penance for the deed.

Accepting reincarnation, punarjanma, we acknowledge souls existing in subtle form in astral bodies waiting to incarnate through a womb.

When the womb is disturbed, this is recorded as a sense of eviction for the conscious fetus and it has similar empty effects on the mother’s life and all those connected to her in the family. It is a kukarma that affects all. So we can see the consequences. This does not mean anyone is cursed or that there is any “mortal sin” involved. Hinduism is a free-flowing religion. It threatens no everlasting hell; it preaches no mortal sin, as a transgression that, if unexipated in this one and only life, would deprive the soul from closeness to God for eternity. Hinduism accepts life the way it is, even its flaws and frailties. It teaches us the right path but knows we might not always follow that path and thus gives us the remedies to correct whatever bothers us at every stage on the great journey to moksha, liberation from rebirth.

Abortion brings with it a karmic force of destruction that will come back on the mother and father who set it in motion. They may be denied a dwelling. They may be denied a noble child. They may beget a child that will persecute them all the days of their life. The parents, the abortionist and the nurses will suffer difficulties in attaining another birth, perhaps by experiencing as many abortions as they participated in on Earth. The price is high for abortion, much higher and more costly than giving birth, raising and educating the child and establishing him or her in life. Life must go on. It is said children often bring great fortune to the parents. They pay their own way. Nevertheless, abortions do happen,have happened and will happen in the future. Men and women who have participated, and their doctors and nurses, are involved in deed kukarmic consequences.The actions reaction which is karma, must be resolved in some way for peace of mind, a quiescent state, to persist.

The Hindu religion forbids abortion because of the laws personal dharma, social dharma, and ahimsa noninjury to any living creature, physically, mentally or emotionally.

The Mystic Impact of Abortion

Rebirth is powerfully impacted by the abortion process. It is a bold rejection of the soul’s anticipated entry in to Earthly life. To recount one Hindu mystic’s insights: Having detached from the inner worlds to join a new family, the aborted is left stranded in the subtle pretaloka(lower astral) region. He is now like a person stranded in an airport. All flights have been canceled. He checked out his room in the Hotel Svarga or maybe the less exclusive Naraka Inn, paid his bill, and those rooms are no longer available. He must make a new plan, chart an alternative itinerary, endure untimely delays and await another flight to his destination where he desperately hopes there will be a womb for rent.

My name is Chellappa Deva. In 1968 I found the teachings of Sivaya Subramuniyaswami. He is the founder of Kauai’s Hindu Monastary, Hinduism Today International Magazine, Hindu Heritage Endowment and the author of “Dancing Living and Merging” with Siva books. I liked the teachings and have followed them ever since. I am currently helping the Spokane Hindu Temple and Cultural Center to come up.

[…] SpokaneFāVS, Deva likes to write about the Hindu perspective on subjects such as freewill and abortion. He tries to write from the perspective of every Hindu because there are several sects, rather than […]