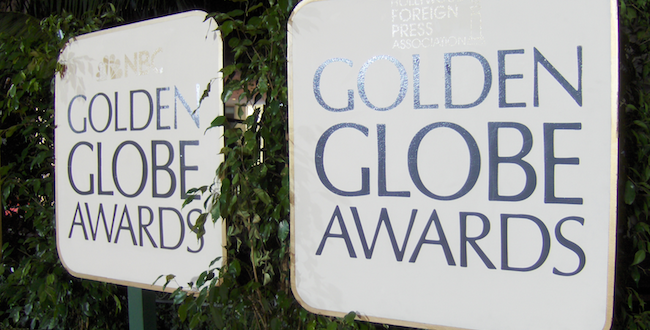 The Golden Globes discover the missing half

The glitterati of Hollywood turned out in force for the annual Foreign Press Association’s Golden Globes awards on which popular shows and performers they get all googly about.  On the yardstick of awards heft, the Golden Globes are weightier than the People’s Choice awards, but a notch or two behind the Emmys or Oscars (or their counterparts in other nations).

But they do signal trends, popular and otherwise, and this year’s ceremony ran smack into quite a big one, the Me Too outrage over the generational toleration and enabling of the physical abuse and marginalization of women in all branches of the economy, and entertainment media most ostentatiously and hypocritically.

In a long litany of “not you too?” revelations, major players on the scene from the sleazy movie mogul Harvey Weinstein, through the juvenile hit-on-artistry of the otherwise gravitas ex-Senator Al Franken of Minnesota, and on into Public Broadcasting icons Charlie Rose and even Garrison Keillor (!), the public suddenly had a curtain pulled back on a history of men of power or influence exposing themselves in ways that immediately wanted you to draw the curtain back and go take a quick shower to clean off the yuck.

Golden Globes host Seth Meyers did his customary droll job, poking at the controversy deftly, but it was the voice of the women at the gathering that made it impossible not to pay attention to the “men behind the curtain” and why not letting it ever go unnoticed ever again had to be on the front burner.

Natalie Portman drily announced the all-male Best Director nominees (Guillermo del Toro won for his artful Creature from the Black Lagoon Meets Love Story fantasy, “The Shape of Water”).  One of the Globe’s rare female winners in that category was present for the show, Barbra Streisand (who had won for “Yentl” from 1983 … back when fax machines and laserdiscs were hot consumer electronic items).  Half of the population they may be, but half of the entertainment industry’s movers and shakers they certainly are not yet.

But the blockbuster of the Golden Globes show was Ophrah Winfrey’s barn-burning stem-winder of an acceptance speech for the Presidential Nomination … oh, oops, I mean for being given the Cecil B. DeMille Award for lifetime achievement.

We’re still wrangling over the Ten Commandments monuments put up as publicity stunts to advertise DeMille’s movie, and failed Alabama Senate candidate ex-Judge Roy Moore’s extraordinary defenses of such monuments (along with the finer points of mall scouting for pliable ingénues) reminds us that the ways of the past do not always go gently into that good night.

There is a whole new generation of women whose skill and artistry gets less shrift than it should because of an entrenched Old Boy Network in our culture (and quite a few foreign cultures too).  But now we’re in the fishbowl of modern media, making it way harder to keep the curtains drawn.

Maybe someday there will be a Golden Globes where the idea that half of the population once were so ignored by the other half seems as quaint and absurd as people thinking fax machines and laserdiscs were the Olympus of technology and communication.  Or maybe too that “pussy-grabbing” narcissistic ignoramuses ought never be President … regardless of their gender.

We’re not there yet, but wouldn’t that egalitarian and affirming epic look really great in VistaVision?

Just as people live by a set of values that develop over time and form the basis of attitudes and behaviors, nations do the same. America’s international values, forged in war and developed in peace, establish our country as the rock on which international security is built.