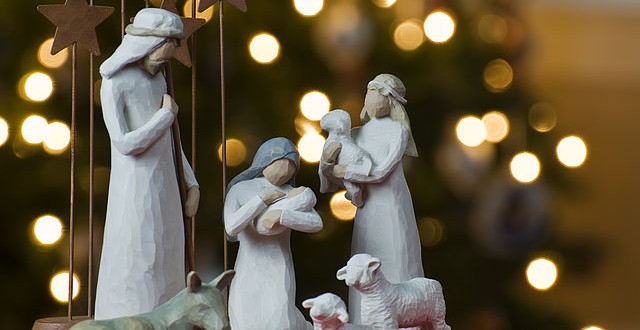 The gift we rarely anticipate

I’m not a slob, even though I’m a single guy, but the other day I straightened up my place because a visitor was coming over. I dealt with a larger pile of “to-do” stuff on my couch and a smaller one on the dining table so that the place was presentable.

What guest would deserve such a courtesy? Believe it or not, it was my health insurance rep. Yes, I cleaned my place for an insurance man!

It struck me anew that Jesus was born in the midst of filth – a crude, smelly, dumpy animal shelter of some sort, lying in a feeding trough and wrapped in rags. He wasn’t offended to be born there, nor did he care what other people thought of his birthplace because he knew he was clean on the inside.

You and I, however, can’t say that about ourselves. The very first point Jesus makes in his Sermon on the Mount is that none of us – absolutely no one – is clean on the inside, nor can we make ourselves clean enough to suit God. I can fool my insurance agent but not Jesus.

The Lord sees all the spiritual, emotional, sexual and psychological dirt we try to hide from him and others, but he’s not offended by it. He simply wants to clean up that mess by sharing his internal cleanliness with us.

That transformation sometimes isn’t easy, it’s never quick and quite often we resist it, which is why I never cease to marvel at the Lord’s patience. He wants us to be clean and he won’t settle for anything less, no matter how long it takes. But we must choose to accept that gift.

Advent literally means “arrival” but our society has turned it into the season when we think about buying, giving and receiving gifts. Rarely do we spend time thinking about and anticipating the gift of Jesus’ arrival – not just in a manger, but his second, final coming and his arrival in our midst every day in between. That is the real reason we observe Advent every year – so we can be reminded, at least once annually, about who Jesus is and what he wants to do for us.