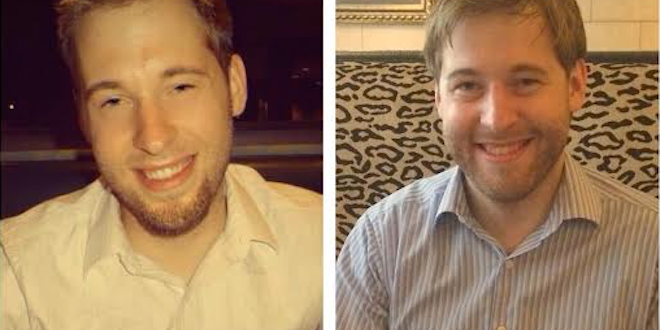 The Gay Community and Body Image

As I was messaging him, I felt a physical connection. We flirted about as well as you can on an app designed for faceless torsos and random hook ups. As the flirting became more obvious, we exchanged pictures. I sent two photos, one from about a year ago and a more recent photo, without giving it a second thought. The words on the other end crushed me: “Which one do you look like now?”

I’ve been slender for most of my life. I was an active child, and spent eight years running competitively in junior high and high school. While I was in college, I subsisted on a diet of small frozen dinners and random snacks. At the time, I consumed only 1,300-1,400 calories a day while I worked a full time, labor intensive job and had a full class schedule. I didn’t see a problem with my habits, but now I realize why I restricted my caloric intake so heavily: I was becoming more and more acquainted with gay male culture, and it’s toxic ideal of beauty.

I know I am not overweight, and I know intellectually that there is nothing wrong with being something other than skinny, and yet every day I hesitate to go out, I hesitate to log on to Grindr, OkCupid or Scruff, because I feel inadequate. I see the constant barrage of six packs, slender twinks and lean jocks paraded as the standard of beauty in our community, and I see that I am not any of those things.

This is how gay male culture operates: the imagery of muscled, good looking men is meant to foster a sense of inadequacy in those who do not fit the “standard”, and the deeper you get, the more inadequate you feel. This isn’t just me talking either. Research has shown that the more active gay men are in the LGBT community, the more likely they are to be dissatisfied with their bodies; and gay men make up much as 40 percent of all men with eating disorders. If that isn’t a wake up call, I don’t know what is.

Some of this cultural infatuation with slender or chiseled male physiques comes from outside: heteronormative culture has primarily portrayed gay men as white, thin and fashion forward; but these days I see most of it coming from within. Our media and our interactions constantly reinforce stereotypes and images of gay men that are detrimental to our own psychological and physical well being; and even more so to gay men of color, who are often left out of the picture entirely. And there doesn’t seem to be an end in sight.

As we march forward to new horizons of social justice, I think it would do us well to look within as much we look outside of ourselves if we want true justice and equity.