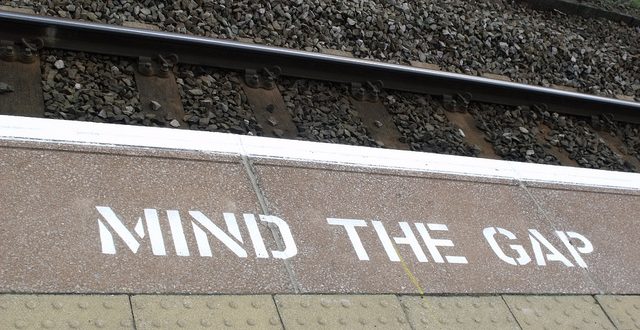 The Gap between Lightning and Thunder

At once I was in the Spirit, and there before me was a throne in heaven with someone sitting on it. And the one who sat there had the appearance of jasper and ruby. A rainbow that shone like an emerald encircled the throne. Surrounding the throne were twenty-four other thrones, and seated on them were twenty-four elders. They were dressed in white and had crowns of gold on their heads. From the throne came flashes of lightning, rumblings and peals of thunder.

At a gas station on the South Hill of Spokane, I was pumping unleaded fuel into my Toyota Sienna when I gradually drifted into a daydream about my father. He is a child, pumping out gasoline at five cents a gallon. That’s what the sign said in the photograph I have of him. He’s around nine years old, he’s got his whole life in front of him and he’s not always going to be pumping gas. Even then, not even a decade on planet earth, my father has plans.

As I’m thinking, someone’s leaning on their horn. “BLAAAAAN! BLAAAAANNNN!” I look up and lift my arms as if to say, “What! What’s the problem!” Then I smell the puddle of gasoline in which I’m standing, and I see the flow of the stuff, $2.95 per gallon, cascading down the side of my maroon van.

The problem is – there’s a gap. There’s a distance between my daydreams, in which all things seem possible, and the possibilities that spill onto the blacktop and seep into the cracks. The gap has always been there, but sometimes we lose focus.

When we start off reflecting on the possibility of God, we have a certain experience in mind – something that will overwhelm our senses, a vivid, undeniable encounter that will send chills up our spines and make us smile and laugh with perpetual joy. But then, we come to this humongous gap – this ugly ditch comprised of competitive, surly and frequently neurotic religious people, and the God we initially imagined seems more like that wizard behind the curtain, and he’s saying, “Pay no attention to that man behind the curtain.”

“MIND THE GAP.” While we visited London this summer, we often took the train, and these three words resounded in the cavernous space of the subway. “MIND THE GAP.” The expression appeared in thick, gold letters between the platform and the train that pulled into the midst of these large crowds of people. The people came from all over the world and yet, what they all had in common was the attention afforded the GAP. “MIND THE GAP” would be the warning or the invitation, as we traveled the city. “PLEASE MIND THE GAP.”

There’s a gap in the book of Revelation, chapter four, where we read about this cryptic throne that’s right out of Greek mythology or Dungeons & Dragons. Surrounding this throne and the one seated on it are blazing rainbows, 24 elders who cast golden crowns like fishing line, four bizarre-looking creatures whose bestial bodies are covered in eyes and, most significantly, from the throne come flashes of lightning followed by rumblings and peals of thunder.

In the Middle Ages, “God” filled in the gaps in maps and metaphysical explanations of the universe. Whenever a philosopher or scientist, like Galileo, Copernicus or Kepler, couldn’t figure out a physical cause and effect, the church authorities would coerce them to plug in the term “God.” God then became the God of the Gaps, and served no other purpose than to hold that space until science came along to explain things. And that’s exactly what would happen. Inevitably some brilliant person would discover or theorize another physical cause that previous generations couldn’t comprehend, and slowly but surely, the God of the Gaps had very few gaps to fill. Except, you see, there’s always a gap that reason can’t fill, and we forget that. We forget that God, if God exists, isn’t always reasonable – that God can love the world with a fierce devotion for which evolutionary theory has no answer.

Each of the four living creatures had six wings and was covered with eyes all around, even under its wings. Day and night they never stop saying: ‘Holy, holy, holy is the Lord God Almighty, who was, and is, and is to come.’

There’s a gap. A gap between the possibility of holiness and the convoluted facts on the ground. What’s more real? What’s more authentic? On Dec. 24, 1914, for example, both German and allied British and French troops occupied frozen-mud trenches on opposing sides of a desolate field in Belgium. There was a silence, and then a Christmas carol, echoed over the tundra. And then a Christmas greeting, with the Germans speaking French, and the Brits and French trying out their German. The warring factions came out of their ugly ditches and for once talked and listened; they gave each other hair cuts, exchanged trinkets and played soccer in no-man’s land.

We are having the most extraordinary Christmas Day imaginable. A sort of unarranged and quite unauthorized but perfectly understood and scrupulously observed truce exists between us and our friends in front.

The gap demands either Attention or A-Void-Dance. Over one hundred years after that surreal truce, the world is still at war.What if I were to remind you about the gap between lightning and thunder? And what does this mean? Does it signify something or nothing? Every spirituality, including Christianity, means something when this dialectic is left open and unresolved. The best we can say is that a storm is coming closer, a collision of pressure-systems is happening now, and soon it will be happening over our bowed or brazen heads. “PLEASE MIND THE GAP”

Once upon a time, I drove my Plymouth Duster into a violent thunderstorm. Whenever it rained, the wires beneath the hood got wet, the car stalled and I couldn’t go anywhere. And so, I drove, listening to “Sympathy for the Devil,” on the FM radio station, when something louder detonated in the clouds above me and water poured onto MacDade Boulevard, and I stalled. The traffic around me snarled, drivers cursed and blared their horns.

I ran to a strip mall and called my father; he would know what to do, after all he was a mechanic who pumped gas when he was only a child. My father came and he discovered that, in my rush to call him, I had locked the keys inside. He brought a coat hanger and opened the door, popped the hood and went to work. And he cursed! He swore like the sailor he was during the Korean War – and out of the gap between lightning and thunder there appeared this drenched t-shirt with a man inside it. He told my father how he observed him cursing, but that it would be okay, even more than okay. Then there came a second or third burst of thunder – and the rain stopped and we could see ourselves, floating on a huge lake of sheer glass that had flooded the road. The street lamps illuminated the slick surfaces, the curbs shimmered like crystal and the green lights twinkled like emeralds. “Mind the Gap. Please Mind the Gap.”

And yes, the Plymouth Duster started up like a dream and I drove back home beneath a prism of blues and greens and reds and yellows. Some call this a rainbow, and there’s a rational explanation. But I still can’t explain what happened that day.

To this day, I can’t explain the gap between my hope for all that’s holy and what’s actually holy. And without overly-sentimentalizing that gap, my suggestion is that we camp there for the rest of the year. Amen.

Previous Ask a Jew: Why do some Jews wear curls on the sides of their heads?
Next On election day, an Alabama church stands apart