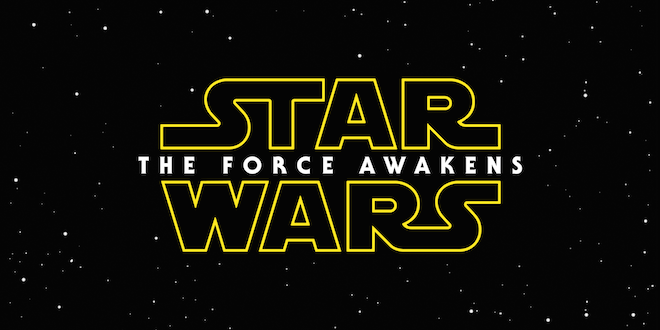 The Force Awakens: A look at the pain and power of fathering

Recently fatherlessness was unanimously highlighted at the Spokane City Advance gathering as the top issue requiring the focused attention of the church and non-profits. I imagine that most of the people who were there think the meeting was a meaningful moment that will mark significant advance in the purposes of God in this area. Tom White who was leading the event, called anyone over 40 who felt the burden of the Lord, to come forward for prayer and renewed commitments to being part of answering this call. The younger leaders in the room were asked to stand in and pray over those older leaders as a picture of God bringing unity and restoration.
“He will turn the hearts of the parents to their children, and the hearts of the children to their parents; or else I will come and strike the land with total destruction,” Malachi 4:6
I was one of a handful who didn’t go forward, not because I didn’t agree with the importance of the commitment, but because my burden was for those who have experienced the flip side of the call of fathering. The deep pain of rejection, betrayal, abandonment and opposition that often accompanies the ministry of generational heart turning. The story of Scripture is one of humanity turning from their father, sometimes in mind boggling emotional, relational and physical brutality. Other examples reveal the slow drifting into relational divorce. No matter it’s manifestations, the wounding is difficult to recover from and can turn leaders into shell hiding turtles. Such seasons can bury a leader or father and entomb them in stone that only the resurrection love of the father can open up.
(Warning: Star Wars movie spoilers ahead)
I don’t think it’s a coincidence that the leading box office movie ‘Star Wars: The Force Awakens’ revolves around the tragic narratives of a Jedi mentor whose disciple deserts him. The promising young Jedi turns to the darkness and in another shocking storyline a father is murdered by his own son! It’s a tragic moment of false affection and hope that ends with a lightsaber thrust through his inward parts in a betraying embrace.
It’s a science fiction version of the Judas Kiss, a tale of two generations, a father and son, light and darkness, love and hate.
It’s a narrative that the Bible retells over and over with heart numbing regularity.
“One day while he was worshiping in the temple of his god Nisroch, his sons Adrammelech and Sharezer killed him with their swords. They then escaped to the land of Ararat, and another son, Esarhaddon, became the next king of Assyria,” Isaiah 37:38
“People will oppress each other— man against man, neighbor against neighbor. The young will rise up against the old, the nobody against the honored,” Isaiah 3:5
“Youths oppress my people, women rule over them. My people, your guides lead you astray; they turn you from the path,” Isaiah 3:12
“Don’t trust anyone—
not your best friend or even your wife!
For the son despises his father.
The daughter defies her mother.
The daughter-in-law defies her mother-in-law.
Your enemies are right in your own household,”
Micah 7:5-6
“You know that everyone in the province of Asia has deserted me, including Phygelus and Hermogenes,” 2 Timothy 1:15
We live in a fallen world being redeemed by the love of the father, whose own son was also betrayed in the climax of tragedies at the cross. A moment of mystery and meaning where in a darkness of unbelievable dimensions, that cross became a place where the father’s face turned from the Divine Son. The cross released a cry that surely echoed in eternity as the impaled Son asked: “My God, My God, why have you forsaken me?” (Matt 27:46). The full meaning or reality of that sacred tragedy isn’t fully understood, but if you have tasted the bitter cup of loved ones ‘turning away’…you know the horror of that naked wail.
This is the painful and powerful path for those who desire to carry the love of the father. There will be Timothys who faithfully embrace and respond to the natural or spiritual call of fathering and there will be Demass who abandon us (2 Timothy 4:9-11). There will be Marks and Barnabass too, people who collide or disappoint you, part ways and then in time, reunite. Fatherhood is no easy path, so let’s make room for mission and mourning at the prayer altar. Understanding that the call to father involves much more than the joy of making a baby. Natural and spiritual fathering is a lifetime commitment that will encompass the heights and depths of human emotion like nothing else.
The hope that keeps me engaged in this work is captured by the last scene in ‘The Force Awakens.’ It shows Rey traversing a great distance in search of the reclusive Jedi who has withdrawn from discipling. You follow her arduous climb in search of the father figure that had hidden himself away from the battles and betrayal of his era. At last she comes face to face and in a slow motion moment of prophetic meaning, she extends his lost lightsaber, returning it to the Jedi master.
The younger generation has awakened the heart of the older generation without a word. The moment is pregnant with reclaimed power and hope. It’s a moving scene that those wounded by fathering will resonate deeply, no matter which side of the saber you are on.

Very moving piece, Eric. Well written and engaging! My question for you: What if these fathers of whom you speak feel betrayed because they are unable or unwilling to put themselves into the shoes of a new generation? Values change as generations change, but too often fathers are unable to make that kind of change. They insist their sons and disciples MUST see things their way, and so conflict ensues, splits, and betrayals. The historical Jesus may have been just such a person. He grew up under the tutelage of the famous Pharisee Hilel (Hilel is famous for saying “Love the Lord you God with all your heart, soul, mind, and strength. This is the first and greatest commandment.”) But then Jewish society changed. A new Pharisee came to town demanding that all Jews must obey every letter of the law. Jesus for whatever reason was unable to make that change, and conflict ensued resulting in his crucifixion. Your piece is very Manichean, with strong images of light vs darkness. What if the world doesn’t really work that way? What if it is more a matter of learning to see things from your neighbors viewpoint? Learning to love your neighbor as yourself, as the ancient Pharisee Hilel would have told the young Jesus sitting at his feet.

I think your right, those narratives are taking place alongside the ones I spoke about in our culture. I’m just echoing the light/dark narratives of the Star Wars saga and the Johannine tradition. I’m attempting to get at more human relational heart gore than intellectual, idealogical or theological ponderings or beliefs.