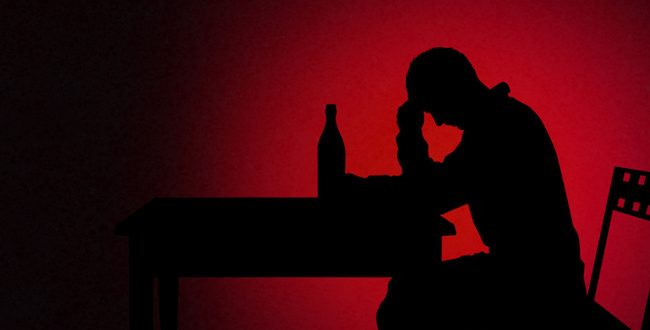 In the last few years of my husband Joseph’s life, mental illness and alcoholism reduced him from a vibrant and loving husband and father to someone who was difficult for some to recognize.  Even with a host of daily meds prescribed to manage his depression, anxiety and physical pain, alcohol was his self-prescribed medication. With heavy alcohol use and the inevitable physical illnesses that developed, his depression deepened.

My teenage sons and I painfully witnessed his swift decline and faced the devastating loss of his passing at the end of 2016. The death certificate stated “natural causes” and listed the specific physical causes. I stared at it, wishing I could write in “depression and anxiety.” I knew in my heart that his increasing mental illness contributed to our loss of this witty 54-year-old man who once devoured novels and created legendary meals.

Only those close to us knew our family’s story, and even that was a sanitized version. We rarely discussed his mental illness and alcoholism outside our home. He preferred to keep it private. I didn’t pretend the illness didn’t exist, but the physical ailments were easier to talk about with family and friends. Discussing it was too personal, and I feared that people would not understand and make unfair judgments.

That reluctance was born from times I did share and the responses filled me with regret. I once explained to a long-time church friend that Joseph was not attending because he was suffering from depression and was hospitalized. He looked at me shocked and said, “Wow. I always thought he was a good guy!,” as if having depression and being a good person couldn’t mutually exist.

Mental health ailments rarely make it to the church prayer list like their physical illness counterparts.  You’d more likely request prayers if you have cancer than crippling anxiety that prevents you from leaving your home. Someone may post on Facebook asking for prayers and positive thoughts for their husband who had knee surgery, but they are less likely to ask for prayers for a husband who is suicidal and had to be hospitalized in a mental health facility. I know, because I was that person. We stay silent because of the stigma, and in our silence we reinforce the stigma.

I regret that I spent too much of Joseph’s last years being frustrated at his behavior and that he wasn’t the person he used to be. It hurt to see friends at church, for example, avoid him. He would say odd things and didn’t act like the man he was before. Others, including some who I didn’t expect, did make it a point to approach him and greet him. While he spent increasingly more time at home due to depression, attending church was still fulfilling for him. Eventually it became less and less so, and he stopped attending. His connection to the church became limited to me asking elders to visit him and pray with him.

In my Christian tradition, we are to live Christ’s mission to alleviate suffering for those marginalized and hurting. An enduring principal of my faith is that all people are worthy of wholeness of body, mind, spirit, and relationships. So why do we too often move away instead of towards suffering people?  How do a faith community’s leaders and individuals break down the barriers of uncertainty and fear that causes people to avoid someone who has mental illness?

I feel faith leaders have an incredible opportunity to promote their congregation’s role in healing and wholeness. They can model that it is OK to talk about mental illness and substance abuse. They can reduce the stigma by reducing the fear and misunderstanding in their faith communities.

If you are sitting in a congregation of people, almost every person there has been touched by mental illness or substance abuse in some way. The person next to you could be in crisis right now and likely feel they are the only one. We cannot turn our backs on that.

I’m not suggesting that every faith community has to have a fully developed mental health ministry. There are simple steps, however, that even the smallest congregation should consider. Talk about mental illness – from the pulpit, in small group discussions and interpersonal conversations. In messages/sermons to the congregation, leaders should acknowledge mental illness and substance abuse as a real struggle for many. Just talking about mental illness makes a difference in reducing the stigma and opens the conversation.

Leaders, do you foster an environment where people feel comfortable to approach you for support while in crisis, grief and pain? Does the culture of your faith community allow people to be open about their imperfections and hardships? Reach out if you see someone struggling. Listen. Provide referrals for resources, but don’t leave it at that. Follow up with them later and keep the conversation going.

A faith community has a unique place in our world. It does not take the place of health professionals or treatment, but it can provide the essentials of friendship, encouragement and support for those suffering with mental illness and their families. I have deep appreciation for those who kept in close touch with our family and supported us during the last few years. Living with mental illness can be isolating, but I’m confident that sacred communities can help bridge that gap simply by being open to the conversation.

Join SpokaneFāVS for a Coffee Talk on the “Faith and Mental Illness” on 10 a.m., April 7 at Saranac Commons, 19 W. Main Ave. Selzer is a panelist.

Debbie Selzer is the board president of SpokaneFAVS.com

Can Peace-Making Include Protests?