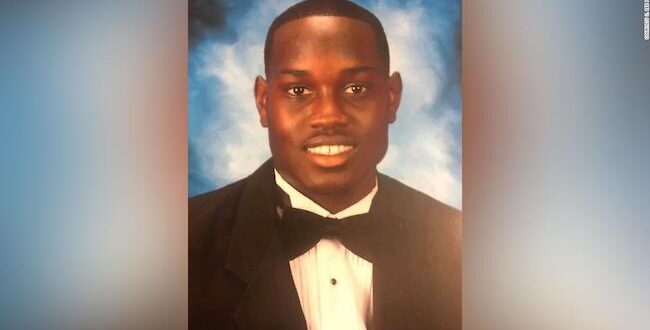 The Evil of What-About-ism

I had planned to take today off. Then I started seeing all the posts vilifying Ahmaud Arbery. I should not be surprised. This is done to every person of color whose extra-judicial execution becomes public – Trayvon Martin, Tamir Rice, Michael Brown.

It is as predictable as the sun coming up tomorrow. Somehow the fact that Ahmaud Arbery is – like every single one of us – an imperfect human being makes his killing legitimate?

This evil must be named.

Must be called out. Must be challenged.

This practice is a specific form of an illogic called “whataboutism”. When someone changes the subject, in the erroneous belief that they have refuted (or even offered a counter argument to) a claim, they are engaging in whataboutism. For example, if I lament the children who are suffering and dying at our southern border and someone responds by claiming that I advocate for abortion (I don’t, but that’s irrelevant) they are engaged in whataboutism.

In addition to being a logical fallacy, whataboutism is disrespectful. It disrespects the subject that was under discussion – until the whataboutism was interjected. It conveys the message that the original subject was not important or worthy of pursuing.

The fact that whataboutism ALWAYS follows the public outcry at the death of a person of color at the hands of vigilantes is just one more piece of the systemic racism of our culture. It is an act of profound disrespect. It says this person does not deserve justice. This person is not entitled to due process. It says that the life of this person is not important, because he or she was an imperfect human being.

When someone is killed in a vigilante act, that is murder. It is wrong. It is criminal. And there can be no justification. It would not matter if the person killed was high on meth, or just released from prison, they are entitled to due process and the protection of the law. Any attempt to divert the conversation to the moral character of the victim of vigilantes is an act of profound disrespect.

Every moral system worthy of the name “moral” condemns killing without due process. For those who claim to be followers of Jesus, the standard is even higher. For a Christian, life is precious. Life is sacred.

For those of us in the United Methodist tradition, our Social Principles make this explicit. “We believe all human life is sacred and created by God and therefore, we must see all human life as significant and valuable.” United Methodist Book of Discipline Para 164(G). And that is in a provision that opposes the death penalty. If we do not believe it is moral to execute someone after the entire judicial process has been scrupulously followed, how much more offensive is it when life is taken by the extra-judicial actions of vigilantes? And yet, many of the whataboutisms come from people who make a point of their “Christian” credentials. And then, after a vigilante takes someone’s life, you try to justify it with your evil whataboutisms?

Not in my church.

Not in my community.

And for sure, not on my Social Media.

Don’t even think about it.