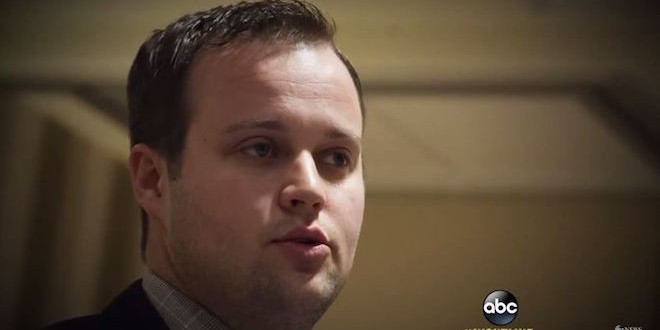 The Duggar controversy is not an indictment of conservative Christians

If it weren’t for double-standards, the saying goes, liberals would have no standards at all.

Consider: We are told that ISIS militants murdering innocents in the name of Allah has nothing to do with Islam. But now we are supposed to believe that the actions of one person – namely, Josh Duggar – is an indictment of all Christians who happen to be either “fundamentalist” or “evangelical.”

Let’s get one thing straight right from the start, lest someone falsely sees this as a defense for child abuse. What Duggar admitted to doing is vile and reprehensible. There is no excuse for it. Worse yet, he appears to have escaped the long arm of the law thanks to a quirk of fate. And no doubt, his victims will have to spend the rest of their lives coping with the trauma.

But now the left, in its never-ending propaganda war against anything to the right of Josef Stalin, is attempting to use the Duggar case as a bludgeon against conservative Christians.

A particularly nasty screed at the far-left Alternet, for example, breathlessly condemns the Duggars as being pro-life, as though opposition to abortion somehow leads to child molestation.

“My point here is to say that contemporary evangelical Christianity sets ‘biblical families’ up for this sort of disaster,” Vyckie Garrison wrote. “Let me tell you more,” she added, continuing with her anti-Christian rant. Similar rants can be found in several other places, all of which engage in a form of intellectual laziness that apparently appeals to a growing number on the left.

The Christophobia (a topic we’ll explore in subsequent articles) was on full display on Twitter:

Won't cater a gay wedding but will cater a #Duggar wedding? There's something seriously wrong with conservative Christian values. #Atheist

Put aside your Duggar/Huckabee schadenfreude for a sec & recognize that at the core of Christian fundamentalism is a profound self-abuse.

I see that Josh Duggar molested children, including his own sisters. Fundamentalist Christianity strikes again.

And of course, it’s the brand of Christianity held by “all” conservatives, according to some:

Josh #Duggar is a perfect example of the problem with the brand of Christianity that is adhered to by conservatives in this country.

One person gets it:

So according to my social media feeds , Josh Duggar did bad things a long time ago, which disproves Christianity. Fascinating logic

A comment from a respected colleague raises some questions, however. What if Duggar’s parents were gay? Or secular humanists? Or atheists? Or Muslim? Would the left use this as a weapon to indict those groups as well?

The answer, sadly, is rather simple. Christians are what we could call “low-hanging fruit.” As a general rule, they don’t go on shooting rampages or fly jumbo jets into buildings over a crucifix dunked in urine. They are content to live their lives in peace, following the teachings of Christ as best they can while recognizing that they are part of a group hated by the left.

And no, they do not support child abuse of any kind, despite what the Alinskyite propagandists would say.

“Blessed are you when they revile and persecute you, and say all kinds of evil against you falsely for My sake,” Christ said in Matthew 5.

Double standard? You bet. Sadly, it’s to be expected.

Previous Unity Spiritual Center of Spokane Welcomes New Co-Ministers
Next Author Phyllis Tickle faces death just as she enjoyed life: ‘The dying is my next career’