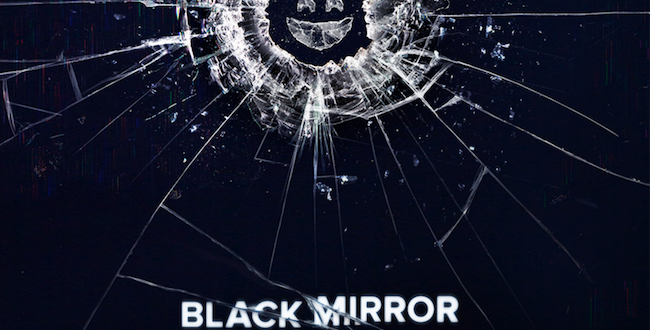 The devastating prophecies of “Black Mirror”

The great hope of many authors, filmmakers, and other artists is that their work will be as meaningful in five, 10, or even 100 years as it was when they created it. Science fiction auteurs may have even higher hopes: that the relevance of what they create will actually increase over time. The unsettling British TV show “Black Mirror” — whose arch dystopias can make your soul crawl under the bed and go fetal, while your mind races with questions and ideas — gets more creepily prescient as the years go by.

“Black Mirror” debuted in 2011. What’s new, for me, is that I’m watching it for the first time during the Trump era. My wife and I polished off seasons one and two a couple of years ago, but only recently did we watch the show’s Christmas special, “White Christmas,” an anthology episode that knits together three smaller stories within a framing narrative. This structural device is not uncommon in horror cinema, and indeed, “Black Mirror” teeters at times between sci-fi, dark satire, and outright horror. The last of these seems a fitting genre at a time when our president assures us that, when it comes to the U.S. and Russia, “nuclear holocaust would be like no other.” Leave it to our ever-tweeting, “Black Mirror”-worthy leader to apply a superlative to the apocalypse.

Anyway, fans of “1984” will be on familiar ground a few episodes in. Each one imagines its own uniquely depressing future, but common threads run through the series. Technology designed to make life better always backfires on some poor, unfortunate character. A massive, largely unseen corporate/government entity pushes cutting-edge gadgets that people initially want but ultimately regret allowing into their lives.

When it comes to paranoid futurism, microchips installed in our brains are a bit passé. Instead, “Black Mirror” opts for what amount to smart contact lenses. Sometimes called “Z-Eyes,” these barely perceptible overlays allow users to access recorded memories, scan strangers’ social media profiles in a crowded club, or give their life coach a first-person view of their actions in real time. Some version of Z-Eyes appears in multiple episodes of the show, which helps to establish a degree of thematic and narrative coherence.

One of the series’ fairly overt themes concerns the law of unintended consequences. Z-Eyes may have hundreds of potentially helpful, benign uses, but they also give rise, predictably, to voyeurism — and also, a bit less predictably, to black-market money-making schemes and profound marital discord. In today’s world, we read about fatal traffic accidents caused by texting (or tweeting, or Facebooking) while driving, and we understand that our addiction to technology dovetails problematically with human frailty. “Black Mirror” simply amps up the stakes and the sophistication of the tech.

Yet the principles that drive its stories — such as people’s eagerness to rate each other via social media platforms — are the opposite of far-fetched. By riffing transparently on modern technology, the show manages to be a lot more disquieting than if it conjured up tech that bears little resemblance to what we use today. (I’m looking at you, every sci-fi show, book, or movie involving a time machine.)

“Black Mirror” is, as you might expect,  a pretty cerebral series. Not a single episode has failed to make me ponder the current state of technology, our relationship with it, and whether we might be better off with less of it. Still, despite the tragic turns it often takes, the show is far from nihilistic. As Pulitzer Prize-winning TV critic Emily Nussbaum has observed, “it works because it’s not cynical about emotion.” As a viewer, you can’t care about fascist technocracies crushing bonds of friendship or love unless those bonds feel vital and real.

Just as Winston and Julia’s love story gave “1984” emotional heft, “Black Mirror” gives us deeply poignant moments of human connection before the soulless techno-industrial complex tears it all apart. Technology may be slowly stripping us of our humanity, “Black Mirror” suggests, but at least some of us are putting up a fight.

Not that we always succeed. In reference to the Christmas special, the show’s creator, Charlie Brooker, told the Telegraph in 2014: “I hope that the stories in this special demonstrate that it’s not a technological problem [we have], it’s a human one. That human frailties are maybe amplified by it. Technology is a tool that has allowed us to swipe around like an angry toddler.” Remind you of anyone?

In her first major book, “The Origins of Totalitarianism,” Jewish political theorist and Holocaust survivor Hannah Arendt wrote: “The aim of totalitarian education has never been to instill convictions but to destroy the capacity to form any.” We see this in “1984” when political pressure tightens like a noose around Winston’s neck and he betrays his own conscience — and his lover, Julia — under torture.

The ability of a fascist regime, aided by technology, to crush the human spirit is also evident in “Black Mirror,” though some episodes do offer a glimmer of hope. “Nosedive,” the season three premiere, posits that some of humankind’s best qualities — hope, resilience, creative expression — can survive even full-blown fascism. Other installments, such as the Christmas special and the devastating “Fifteen Million Merits,” resemble Orwell’s novel in their depiction of totalitarian systems as fine-tuned machines that unfailingly dehumanize their victims.

Trump’s America is certainly not Orwell’s Oceania or a soul-crushing dystopia worthy of “Black Mirror.” Nonetheless, we would do well to heed the show’s warning and keep our devices from amplifying our vices.