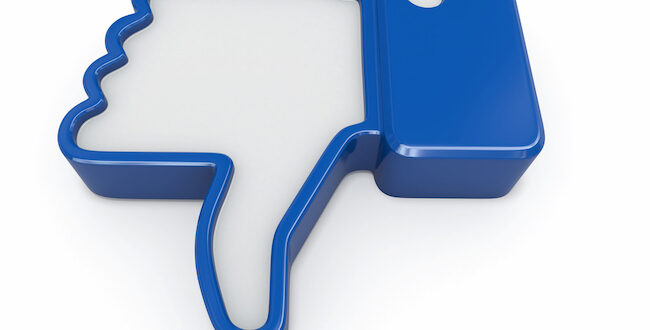 UPDATE: Twitter has restored President Trump’s account. The president returned to the platform Thursday evening, posting a video that amounted to an election concession and promising a smooth transfer of power.

Here is a bit of irony.

Facebook today announced the social media platform has blocked President Trump’s account for at least the next two weeks. The ban includes Instagram. A short time later, Twitter extended indefinitely what had been a 12-hour ban.

YouTube on Wednesday removed the president’s video message recorded as his supporters ransacked the Capitol Building. A more permanent ban is possible, even likely.

The irony? All of this makes me nervous.

Even before the 2016 election, Facebook’s Mark Zuckerberg was heavily criticized for letting the presidential candidate-then-president violate the platform’s standards. Zuckerberg faced a classic values conflict and his inability to resolve that conflict has now opened the door to bi-partisan efforts to more thoroughly regulate social media.

On the one hand, Zuckerberg tried to champion the free marketplace of ideas, striving to avoid censorship of political speech even at the cost of giving free rein to misinformation and falsity.

The free marketplace has been fundamental to Western political thought since the 17th Century. In revolutionary times, its most notable advocate was Benjamin Franklin who argued that in the free marketplace truth and falsity could compete and that truth would inevitably win out. Falsity could never compete with truth in an open society. That idea, so crucial in our founding, seems naïve this morning.

Zuckerberg’s insistent adherence to values of the marketplace put Facebook in conflict with universal values of honesty and truth, foundations of civil society through human history.

Throughout the Trump presidency, Zuckerberg – and managers of other social media networks – attempted to walk a fine line, trying to honor both values. That proved to be difficult at least, impossible really. Until Wednesday.

The assault on the Capitol, fueled by an unhinged president and his enablers, pushed Zuckerberg off his values-conflict fence. He had to take action.

And so the president has lost his social media voice. His Twitter following amounts to 88 million, 35 million on Facebook. His ardent followers will still be able to hear his social media voice through right-wing alternatives such as Parler, and Telegram, the platform where insurrectionists planned their riot for weeks.

But the rest of us will not know the president’s state of mind until he acts.

I argued just last week that news organizations needed to be careful about repeating Trump’s social media lies and inflammatory rhetoric after he leaves office. But as dishonest as he is about just about everything, the president does not lie on social media about his feelings and intentions. He has told us time and time again what he plans to do, what he wants his followers to do on his behalf.

So, I am nervous. In some ways a silenced Trump is more frightening, more dangerous.

The next two weeks leading up to Joe Biden’s inauguration are a perilous time for the Republic. As odd as it may seem, I think I would like to know what President Trump is thinking before I have to watch it all unfold on CNN.

How is that for irony?

Previous The History Behind The Christian Flags Spotted At The Pro-Trump U.S. Capitol ‘Coup’
Next Capitol Riot: It’s Not Who We Are