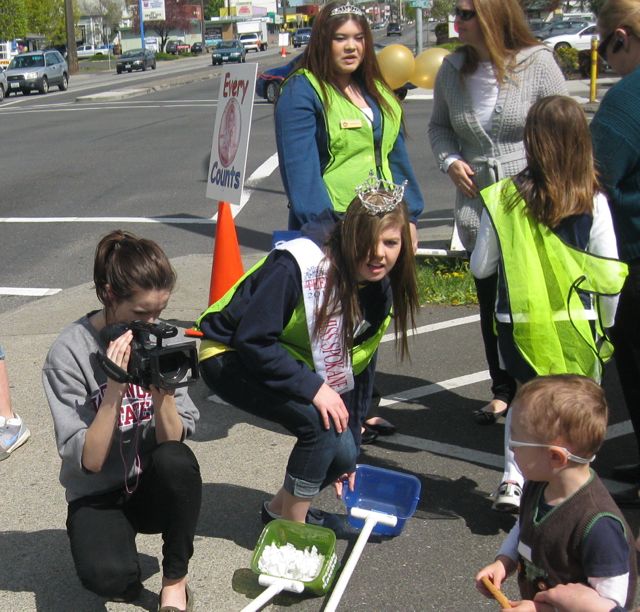 The cup runneth over for some, not all

Two main groups gathered for one purpose on Aug. 20 at Spokane City Hall. Supporters of the Spokane Guilds' School, and the homeless, packed the basement because of the Vehicle Interference (Panhandling) Ordinance that would prohibit all groups from collecting money on the streets of Spokane, city-wide.

In an attempt to disrupt panhandling by the homeless, city officials had to address the unintended impact that the ordinance would have on ending the Guilds' School community-wide 'Penny Drive' and Muscular Dystrophy's 'Fill the Boot.' Over 80 people signed up to give testimony. Our family was there to support the Guilds' School for all they've done to help our son.

An amended version of the ordinance passed. This means no person or group, however poor or noble, whether soliciting for handouts or donations, can do so near major intersections and roadways in and around downtown Spokane, including the on and off-ramps for I-90.

In short, the charitable organizations claim victory. The poorest of the poor in our community claim nothing.

Reflecting on what I saw at the council meeting Monday night, enduring hours of bad odor, angry people, and tired children (one in a wheelchair with a sign mocking the poor, “I'm not a beggar”), something bothers me. This 'zone' where no person or organization can now ask for money affects only the poor. It's as if the amended ordinance were a carefully crafted behind-the-scenes “we support you charitable organizations but disdain you beggars” law.

Please don't misunderstand me. I am all for the Penny Drive and Fill the Boot. But it seems a fast one was pulled on the poor; they alone got the shaft.

If only I could paint a picture to explain how I see it. Imagine a black rectangle outlining a portion of Spokane city. Inside this black box is primarily where the homeless get money from panhandling. They can do so no longer. Outside the black box is, historically speaking, where all the locations are for the Guilds' School Penny Drive. If the 'compromise' reached by the City Council and the Guilds' School does not affect any of the current sites for the Penny Drive, then can it honestly be called a compromise? (Unfamiliar with 'Fill the Boot,' I cannot speak to their situation).

Again, I support wholeheartedly charitable causes like the Penny Drive and Fill the Boot. The Spokane Guilds' School is a piece of heaven, working miracles in the lives of children, right here in Spokane.

What I give voice to are the very poor in our city who have no access to compromise. I've served at City Gate feeding the hungry. I've seen the people who come there and have to shovel down their food if they want a bed to sleep in at the House of Charity. I recognized many faces from the street at Monday's council meeting.

I left the meeting with a different understanding of Jesus' words, “A person cannot live on bread alone” (Matthew 4:4). So true. To get ahead, to get anywhere, to get what you want, to get perks and compromise, one person or group must get preferential treatment at the expense of another.