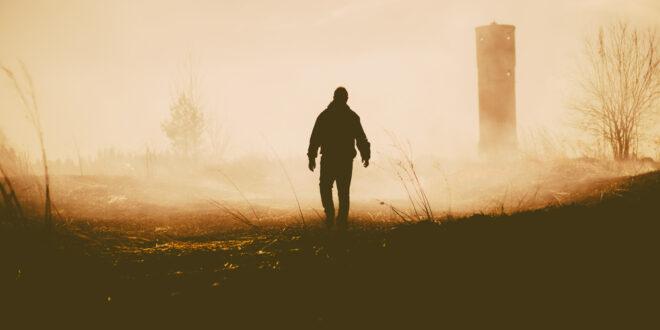 Maybe you know what that is. I thought I did. I’ve since changed my mind. My idea of a good time eventually drug me through the worst hell I have ever known.

A hell so deep and dark it could have only been made worse by having to crawl through it alone.

Ironically, I have yet to see a greater affinity of friends than ones made in the abscessed corners of misery. Binds that were tied by necessity to live and survive. Inside a dark place where joys still sprung forth, out from under the wreckage of lives consumed by despair, pain, emotional turmoil and spiritual death.

We never really did get it right. There was not much honor among us thieves. But we understood some things. One of those things? All we had was each other.

We did not possess what anyone would call great care and concern among us. But that still, small flickering flame of friendship that refused to die was cherished. It was more than what most of the people we shared the city with had as we all made our way through this life.

We knew the cold. Intimately. We also never left one of our own out for too long alone.

I am lucky to say, today, I am a better man for it.

A lot of people have gone through hell. Enough are going through it right now.

There are people at this moment trying to run, to find a way out from the reality they have reawakened to, another day to find at their feet again. To attempt to begin anew anyway they can. There are those that will not make it.

There are those that will.

In the fifth chapter of the book of Romans, the Apostle Paul writes “… suffering produces endurance, endurance produces character, and character produces hope.” This is not always the case. Suffering is also the impetus that has led to abject isolation, PTSD and even suicide.

But there is something about going through the worst that can seed what would have never seen the light of day otherwise. Something that cannot be given. It has to be forged. The great are not molded on a couch. It is from the ashes in a crucible that heights are reached that could otherwise never be seen.

A treasure obtained from the deepest pit of hell that could nowhere else be found.

The place no one should have to go. Certainly no one would want to. Where better to have it hid?

There are many amazing stories of those who have persevered through great tragedy, turmoil, injustice and terror. Nations that witnessed the brink of destruction to tumble out from under the rubble to topple wannabe tyrants, or persevered through oppression and made a way for their children to live another day.

The infamous celebrations that erupted in the allied nations after thwarting the Nazi advances across the globe. Once thought unstoppable, their defeat would not have had the urgency had the threat not been as grave as it was.

Our stories don’t all end in celebration. The stakes are real. This is no game. The exaltation of victory comes out most pronounced when it is birthed out of the deepest chambers of the soul from the most unthinkable acts that could have taken place. Not merely having faced defeat, but escaped threats of losing country, family, freedom and life. Some pay in enormous ways.

But for those who crawled out, with what they did not go in with, do not doubt, life is more fully known than those who have never had to go. What no imaginary, nearly or virtual reality could ever make so.

Less from having been an Algonquin or an Englishman, a Stoic or an avowed Mysterian, it has come from being human.

Where angels fear to tread and wild beasts lay down and die is where woman and man have stood and walked on from where no other could have emerged.

I hope you never experience great tragedy, to be tested beyond what any rational person seeks. I do not wish that on anybody. But if you are there, I am rooting for you.

There is a dark in the deepest shadows and in the unknown where fear reigns along with all that is wrong. A place and time that exists when all one wishes for is simply to see an end to suffering. This is only sane, reasonable, understandable and right.

This is also to believe in a god far less than one that believes back. That we can make it through.

The pain and the suffering is not for nothing, there is purpose in all of this. In 1 Peter 5:10, it is written, “And the God of all grace, who called you to his eternal glory in Christ, after you have suffered a little while, will himself restore you and make you strong, firm and steadfast.”

The god that says, “There is no God” is impotent. Barren and fruitless with no risk is no way to exist.

There is One that knows what can be done. He made us to prove it. All the way through it.

Previous Meet Paul. Pastor. Social Worker. Columnist.
Next How Journalists Are Not ‘Seeking the Truth and Reporting It’ with UI Homicides