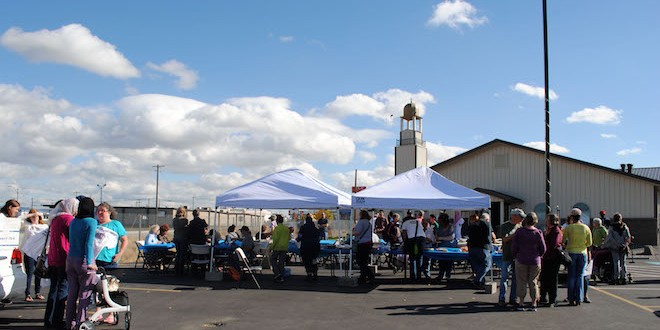 The Cowardice of Hate

Several months ago at the Northeast Community Center, Spokane City Council presented a salutation to the Washington State Chapter of Council on American-Islamic Relations in recognition of the work they have done to empower Muslims in our community and fight against Islamophobia. Before the meeting, a group of people organized the Spokane Chapter of ACT for America, an Islamophobic group that has been at the forefront of hateful rhetoric against Muslims, were listening to Representative Matt Shea talk about the supposed threat CAIR and Muslims in Spokane represented. His security detail, a group of open carry advocates were filming bystanders and keeping media from being able to hear Shea’s words or answer questions.

I suspected Shea and his followers might flood the meeting room in protest, but much to my surprise, they mostly left. Shea was nowhere to be found when local Muslims spoke of their love of this community and their desire to live the American Dream. Rather than even witness those he was villifying, he high tailed it out of the area. I use the term “high tailed” for a simple reason: Villifying those you are not even willing to hear or see is the epitome of cowardice. This is what too many Americans engage in right now, and it needs to change.

New polls show that more and more Americans hold negative views of Islam and Muslims. Those same polls also show that very few Americans regularly interact with Muslims: It’s easy to vilify someone you don’t know. It’s harder to do when you are face to face. That is why events like Spokane Interfaith Council’s “Meet The Neighbors” campaign and groups like SpokaneFāVS are so crucial: they provide an opportunity to learn and interact in environments many of us have had little experience in.

At the first event a diverse group of people camr together at Temple Beth Shalom to hear about Judaism, the history of the Temple and the local Jewish Community and explore the sacred space we were in. An Atheist sat next to Nuns to have a discussion about intercultural communication in a Jewish Synagogue surrounded by people of all sort of faiths, races, genders, ethnicities, classes and sexual orientations. There was no violence. There was no vilification. There was only dialogue. The conversations may not always be as easy or comfortable as the one we had at Temple Beth Shalom, but they need to happen, because those conversations change people. I know from personal experience: several years ago, I probably would have been standing with ACT for America. Today I stand with Muslims in our community. Join me.

Previous Anglican Service “Nine Lessons and Carols” coming to St. Johns
Next Flexibility in the Face of Surprise

Why would Americans hold negative views of Islam and Muslims? https://en.wikipedia.org/wiki/List_of_Islamist_terrorist_attacks

Mostly because racist, ignorant bigots like you cherry pick verses out of the Qur’an to decry how evil it is, while at the same time probably wouldn’t be able to pass a test over which extremist passages came from the Bible, and which came from the Qur’an.