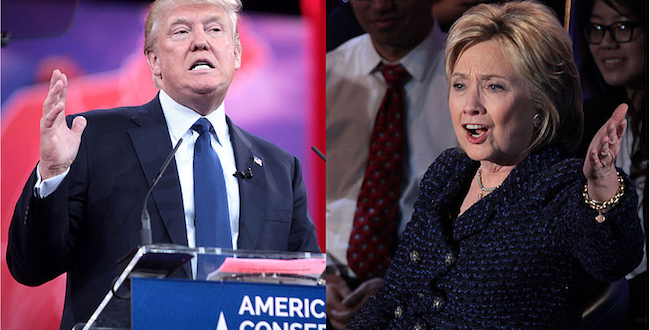 The Consequences of Tolerating Incivility

As the current presidential election draws to its end, I find myself longing for the national embarrassment to end. This has been the most frustrating, disturbing, and frankly disappointing presidential election cycle in my memory. I was not happy when the country chose a B-rated actor as our president. Nor was I happy to have a public (mostly unrepentant) philanderer re-elected. But Ronald Reagan could at least act presidential. And Clinton seemed to be able to charm the public almost at will. Both of them knew how to conduct themselves in public.

This election season we have seen someone who is patently unfit and intentionally offensive, and who violates some of our nation’s most deeply held values, make his way from a joke of a candidate, to the Republican nominee for our president. This seems to me to be a sign of the times, rather than an aberration. This country has become increasingly uncivil, and uninformed.

For the last eight years we have watched our President Obama being treated with an appalling degree of disrespect from both Congress and the public. Most of it with racial overtones; from the birth certificate controversy, to accusations of being in the service of Arab countries. It has been deeply disappointing to watch as the election of an African American man to the presidency has brought out into the open surprising levels of previously (mostly) submerged racism. This has been compounded by actually accusing him of being the source of the divisive prejudice.

And the treatment of the first woman to be the presidential nominee of one of the two major parties  has been equally appalling. The most disturbing to me has been the insistence on placing blame on Hillary Clinton for Bill Clinton’s  sexual misconduct. No one, male or female can be held responsible for the conduct of another adult. Once again, deeply prejudiced attitudes that I had thought we had mostly overcome, have reared their ugly heads.

I am disappointed in my country, and even some of my friends and relatives who have participated in these racist and sexist incivilities. I am frustrated that there is so little to show for the half a century of hard work that I have personally observed, and in which I have participated, swept aside by the tide of resurfacing prejudices.

It is time for people of faith, and those who believe in basic values like mutual respect and decency, to leave the sidelines and step up and speak out. We can no longer remain silent as Christianity is made to look like a farce by people claiming to be Christians and refusing to live out Christian values; as our country is embarrassed by public tolerance of unacceptable behavior.

These are challenging times. The public discourse has become mean-spirited and uninformed. We must actively work to change that. We must be scrupulous in our personal lives, vocal in our call to civility, and willing to say something when we witness this incivility among our friends and family. I know this is not easy. It has been hard when my daughter has brought home friends who make inappropriate comments in my home and my hearing. While I use humor and friendliness, and try to be gentle, I do not allow such comments to go by unaddressed.

I invite all of us to be part of changing the culture. I have no illusions that there was some idyllic time when our country was not racist or sexist. That does not mean we cannot make this our goal for the future. It starts today. It starts with each one of us.

“It is time for people of faith, and those who believe in basic values like mutual respect and decency, to leave the sidelines and step up and speak out. We can no longer remain silent as Christianity is made to look like a farce by people claiming to be Christians and refusing to live out Christian values; as our country is embarrassed by public tolerance of unacceptable behavior.” Amen