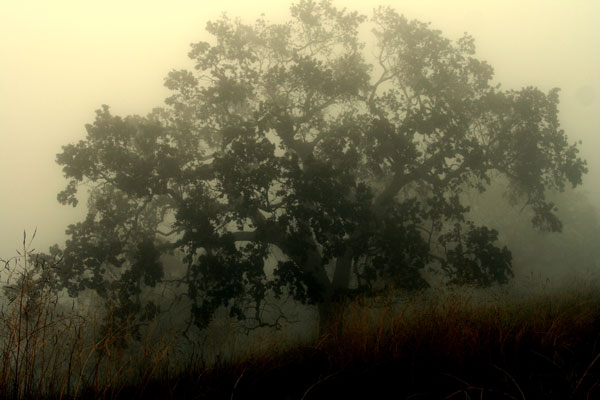 The comfort of kaddish and the saints: grieving for a friend 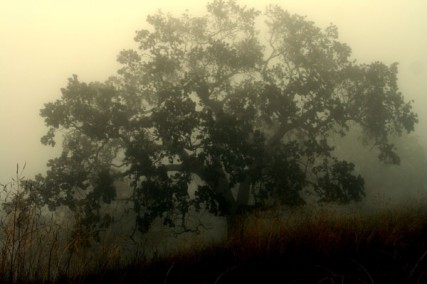 It was a mist-shrouded North Carolina mountain day in early fall. I remember thinking how appropriate the gray weather and the heavy fog rolling off the Blue Ridge Parkway were  for the loss we felt.

It was the start of eighth grade. Many of us had wished Scott a great summer at the end of seventh grade. It never crossed our minds that we wouldn’t see him again or that the pacemaker he’d had since birth would fail.

We mourned for our friend, a happy, popular athlete with curly blonde hair who befriended everyone in our grade. As a school community that day, we trouped outside following our teachers into the parking lot. We joined hands in a circle in front of the school flagpole. We bowed our heads in his honor. Someone said a prayer, but it didn’t seem like enough.

Scott wouldn’t be sitting beside us during Social Studies anymore.

For most of us, that was our first experience with the death of a friend.

Mourning friends can be a very different expression of grief than for a grandparent or parent or sibling. We hold different memories with our friends – of shared mischief, trips, hobbies or sports. Following the shootings inside Connecticut's Sandy Hook Elementary School, the Newtown Public Library received a flood of book donations to help the children and community grieve for lost friends and family.

And the experience of grief when a friend dies can differ widely between religious traditions.

Grieving for friends within Judaism is the subject of a new book called Faith Unravels: A Rabbi’s Struggle with Grief and God by Rabbi Daniel Greyber, spiritual leader of Beth El Synagogue in Durham.

In the book, Greyber writes of his experiences dealing with the untimely deaths of two of his closest friends and feeling excluded from the formal grieving process within the faith he loved. Driving away from the funeral of a childhood buddy who died of cancer, Greyber wrote of his desperate need to help bury his friend.

“I want to dump earth on his coffin and fill the place where he will rest forever, like tucking in a child at night. That is what one does for a brother. That is what we do for those we love. But it is only a thought in my mind.”

Within Judaism, saying the kaddish prayer for the souls of the dead for 11 months is traditionally an obligation for close relatives of the deceased but not for friends.

That lack of a physical expression of his grief left Greyber feeling lost.

After searching and questioning God, he came to realize, “I don’t think those mourning practices are a recipe that works for every person,” he said. “There was a sense of a double loss. I missed my friend, but I needed him, too. If a friend of mine had died, I would have wanted to talk about it with Joel or Jay so I lost that comforter or counselor.”

Comfort of the saints

For Christians, friends can grieve freely with family, but believers in more liturgical traditions take extra comfort in thinking of them as new saints in heaven.

“For Catholics, Anglicans, Episcopalians or Lutherans, the saints become soul friends, and they take a great deal of comfort in thinking of their friends as new saints in the presence of God,” said Richard Lischer, professor of preaching at Duke Divinity School. “You think of your friends as now more like God than like you, no longer bound by time and place, and that’s comforting to the mourner.”

Lischer pointed to the historical example of St. Augustine mourning for a close friend.

“In the classical world, friendship was sacred. Aristotle said a true friend is another self,” he added.

Seeing his friend’s conversion just before his death changed Augustine’s life and led to his own conversion to Christianity later, Lischer added. In April, Lischer will release Stations of the Heart: Parting with a Son, published by Alfred A. Knopf press, about his own spiritual journey while grieving the loss of his son.

For Buddhists, friends can be involved in mourning rituals as long as a monk is present for chanting prayers for the person’s safe passage to the next life.

“The idea that you need to grieve is very important but the idea in Buddhism would be that even the grief is a raft to get you to the next stage of spiritual empowerment,” said Laurie Patton, professor of religion and dean of arts and sciences at Duke University. Friends “might also help the monks with preparing the body or with chanting, but it’s very important that the monks be there.”

But within Hinduism, Patton said family is central to funeral and mourning rites.

“The person who is in charge of basically escorting the person to the next life and into the interim period between lives is the eldest son and sometimes the eldest daughter. They are the ones who open the skull of the person as its being burned where the soul enters and exits,” she said. “You perform last rites for the parents. There’s a very real connection between family structure, so, as a friend, you wouldn’t be doing that.”

A new vision of grief

For atheists, grief is more a remembrance of a friend’s life and not a consideration of any hereafter.

In a recent column in The New York Times titled “The Blessings of Atheism,” author Susan Jacoby wrote about agnostic orator Robert Green Ingersoll and a secular eulogy he gave.

“In 1882, at the graveside of a friend’s child, he declared: “They who stand with breaking hearts around this little grave, need have no fear. The larger and the nobler faith in all that is, and is to be, tells us that death, even at its worst, is only perfect rest … The dead do not suffer.’”

“The phenomenon of children staying in the same community as their parents and grandparents has passed. So you end up building families of friendship groups so in some way you have friends who are sometimes replacing family in those mourning roles,” he added.

For Rabbi Greyber, bucking tradition was the way he found healing in his grief. In the book’s appendix, he gave insights for those who mourn and seek spiritual comfort:

“If our traditions do not obligate us, we should obligate ourselves. If you worry, as I did, what other people will think if you say kaddish when you are not the relative of someone who died, don’t. . . Why is it so important? Such practices create space for us to mourn; they prevent us from cruising back into life and deceiving ourselves into believing that our grief is done before it is.”

Previous The Problem of Inequality in America: Capitalism and the Christian Witness
Next Indaba Coffee