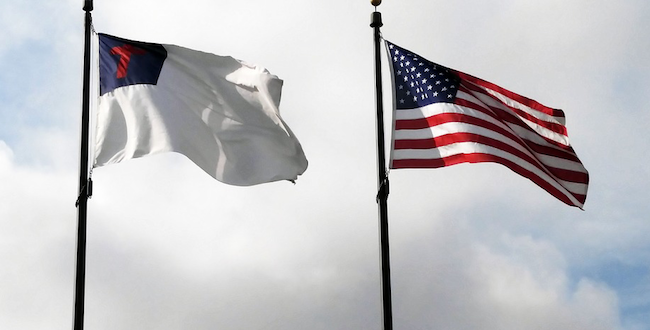 The church should stand on political issues

During my years in ministry, I have carefully avoided engaging in partisan politics with my congregations. Not only is it illegal, it is inappropriate. I try to take care that the members of my congregations do not know how I vote for president. And apparently, I have mostly succeeded, because virtually every time someone has presumed to know how I was going to vote, they were wrong.

However, the church, not only can, it should, take a stand on political issues: Civil rights, discrimination, how we treat the poor, homeless an hungry, and many other issues. The unjust tax system in Washington cries out for faith communities to work for change. Some parishioners over the years have told me I was ‘too political’ because I speak to these issues. But we cannot continue the work of Jesus — to free the oppressed, feed the hungry and lift up the poor and suffering — without being ‘political.’ The word political is derived from the Greek ‘polis’ meaning the city or community. In its classic meaning ‘political’ simply means dealing with how we live together in community. And Jesus had a great deal to say about how we should live together in community. So I cannot imagine how we can be disciples of Jesus and be silent on political matters.

Sometimes, our system becomes so badly broken that a certain choice of a candidate goes beyond partisan and becomes a clear moral (and hence religious) issue. The choice of a candidate for any office always has moral significance. That is one of the things that a platform does: it informs us of a party’s (or a candidate’s) moral values. Up until now, while I have often disagreed with the moral values reflected in a candidate’s platform, I have respected the system that entitles them to have that platform.

This year, however, the race for president has crossed the line from partisan difference into deeply immoral. For reasons that I do not, despite my best efforts, fully comprehend, one of our major parties has chosen as their presidential candidate a person who is clearly morally unfit for the office. This man not only holds views, and engages in actions, that are deeply offensive to commonly shared values, he revels in them. He has abused our legal system to steal wages and pensions from workers. He has disrespected and demeaned virtually every category of humanity other than rich, white, male, Christians. He has appealed to the fears and prejudices of people rather than their hopes and dreams. He has encouraged those with tendencies toward violence to act on those tendencies. He has invited foreign governments to try to undermine the political and economic functioning of the United States. He has made a mockery of family values and marriage.

Obviously, it matters how one votes this November. But it matters a great deal more that we, as followers of Jesus, address the underlying brokenness of our system. We need to ask ourselves and others: How did we get here? How have we come to ignore such basic human values? What must WE do to restore some level of ethical standards to our political process, and to our communities?

Part of how we got here, is our increasing tolerance over the last few decades of incivility, of failure to respect one another as human beings (or, as we Christians understand it, precious children of God.) Part of how we got here is failing to speak up as leaders increasingly encouraged a rabid self-centeredness, even within our faith communities. These tendencies have led to a serious break down in community, in relationships within our communities. Part of how we got here is the reluctance of mainline churches to use our prophetic voices to challenge the increasing injustice and incivility and call people to  repentance (which means turning away from wrong and turning toward what is right.) We have abandoned the prophetic tradition of Elijah, Isaiah, Jeremiah, John the Baptist and Jesus.