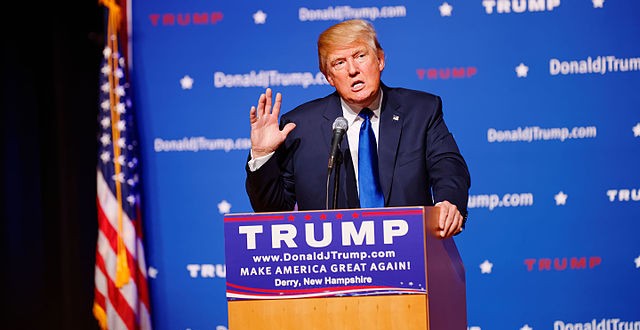 The Church in The time of Trump

Much has been written about how the king makers of the Religious Right have been led by Donald Trump down the tunnel of self-destruction. To be certain there have been prophetic voices in the wind, like Russell Moore and Albert Mohler, warning about how hitching the wagons to Trump would damage the church. More than hitch their wagons to just The Donald, they have hitched unknowingly to the Alt-Right movement. As The Donald rails against the international cabal of bankers and stokes the fires of xenophobic nationalism, the Religious Right has tarnished not only their moral standing, but in doing so, abandoned both the conservatism of Ronald Reagan and ultimately the Gospel itself. While Trump has taken on the rhetoric of David Duke and Steven Bannon, he is taking many evangelicals with him down the road away from traditional limited government to a dark path.

The dislike of Hillary Clinton, while understandable, has led many of the old Moral Majority to be pulled by the right ear like some impudent child to a place inhibited by The Daily Storm and Fash the Nation. The damage to their influence and power will be long-lasting. Moreover, the damage to the reputation of the church will be just as dark. For clearly, they have tarnished the reputation of Jesus with many non-believers. Those who spoke out against the sexual adventures of Bill Clinton as a deep sin, now defend the grouping and sexual adventures of Trump only to brand themselves as hypocrites more concerned with being loyal GOPers than to the Gospel.

The question for the church will be how to proceed. The Gospel remains. The power of the Gospel to transform lives remains. We now have to listen to the voices of Russell Moore and Wayne Gruen who recently saw the error of his ways and recanted support for Trump. Trump may represent the strongest threat to the church in America and how we respond will be watched.

Previous Congregations Embracing Technology, Study Finds
Next Ask An Eastern Orthodox Christian: How Many Orthodox Churches are in the Spokane area?