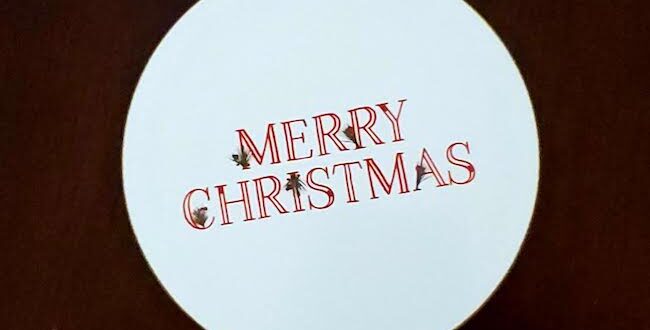 Unconditional. Routed, my retreat from the battlefield is complete. The victors are exacting their revenge and I am paying reparations.

My nearly life-long war against Christmas is over. My defeat complete.

I have been, variously, a combatant, a casualty, and through my marriages, a prisoner of war. There have been occasional victories, but they were minor and fleeting.

And so, in the seventh decade of my life, I am giving in.

I have written before about some of the legitimate difficulties a Jewish boy could experience during the Christmas season. There was the Hanukkah-induced bullying, and the sense of isolation when sitting out the school Christmas pageants and choir festivals (yes, they had those in the public schools back in the day). When the neighbor kids indulged in door-to-door caroling, I had to explain why I could not join.

Is it any wonder that by the time I reached junior high, and even more so in high school, the Christmas season was, for me, not all pine boughs and sleigh bells.

I did call the occasional truce.

In high school, I put aside my caroling objections to accompany a group that included a girl I desperately wanted to date. As I recall, it was my vocal contribution to “Silent Night” that put an end to those ambitions.

But I did rejoin the battle.

I generated my first hate mail when, as a sophomore in high school, I wrote a letter to the editor objecting to the seasonal lighting of a giant cross that had been erected on public property. (The courts eventually ordered its removal.)

There have been the occasional skirmishes in the years since.

A few years back I successfully complained about Christmas decorations in my department office at the University of Idaho. It is a public school, after all, and so should be holiday-neutral though that ethical and legal obligation is observed only in the breach.

I was able to avoid putting up my own Christmas tree until we had children. Not even an atheist mother and a Jewish father could stand in the way of young children and their tree.

And there was always Santa. Try keeping that bearded fat man out of a child’s life. Yes, I have pictures of my kids with one Santa or another from infancy on. One of my all-time favorite pictures has them sitting on the lap of a wonderful Santa we found in Wichita, Kansas.

I have made compromises in my entertainment choices. I love “A Christmas Story” because it reminds me of my own childhood. My father, a traveling toy salesman, was certainly the model for the Old Man, able to weave his own tapestry of profanity that still hangs over the Pacific. Still, it is “National Lampoon’s Christmas Vacation” that most closely reflects our family dynamic. And I never tire of Alistair Sim’s Scrooge or Jimmy Stewart’s George Bailey.

In the early ’90s we lived for a time in Weston, Florida, outside Ft. Lauderdale. We did not know much about the community when we moved in, and because I traveled most of the time, I did not know much about it before the holiday season. Stunned, I discovered Weston was mostly Jewish. No city Christmas trees or door-to-door caroling. No Christmas Muzak in the stores. Businesses were decorated in blue and white and giant menorahs were everywhere. I had entered an alternate universe.

Except a few days before that holiday, we put the kids in the car and drove 90 minutes to South Miami where they could sit on the lap of the sweatiest Santa ever visited. It is hard being a jolly old elf when the evening temperature is 90 and your beard is wilting in the heat and humidity.

Of course, the kids are adults now with their own holiday-season struggles. I leave it to them to figure it all out.

As to me, I begin to suffer PTCD (post-traumatic Christmas disorder) just around Halloween.

I get the shakes when I see the Christmas displays go up in the stores before the leaves have fallen. Hallmark Christmas movies that start playing in July bring on nightmares. The sight of a year-round Christmas store with armies of stuffed Santas sends me running in the opposite direction.

Ask any non-Christian. The notion that there is some sort of war against Christmas in this country is laughably wrong. We are perpetually drowning in Christmas, which can make life difficult for non-believers.

But it is over. I surrender. There is no fight left in me.

As I write this, my dear wife Carla, the love of my life, is starting her Christmas decorating, more than two weeks before Thanksgiving. The fake packages are already on the front porch. I noticed over the weekend that my living room coffee coaster now reads “Merry Christmas.” Her heirloom Nativity scene is ready for the top of the china hutch.

And she tells me this year we will have two Christmas trees in the house and one on the porch because we have just too many ornaments for one tree. (Update: I came back from an out-of-home appointment Monday afternoon to find the third tree – in the dining room next to the cardboard Elvis cutout) already decorated.

Yes, there will be a Hanukkah menorah in the front window for eight days beginning Dec. 10. But I will have to fight through a forest of artificial Christmas greenery to get to it.

But this is the truth – I happily surrender to the season.

This has been a tough, tough year. Life has not been kind to far too many of us. If this Christmas season can bring a bit of joy to the victims of 2020, then more power to it. Bring it on.

To my non-Christian friends, happy holidays.

To the rest of you, merry, merry Christmas.

Previous Empathy may be hard after Election Day, but it will bring us closer together
Next Christian Astronaut — And His Communion Cups — Lifting Off On Space Mission

Can it be too early for Christmas? - SpokaneFāVS

[…] of you may recall that I surrendered to Christmas in a column posted to FāVS exactly one year ago. My surrender was unconditional, though the “bah, humbug” that is so much […]