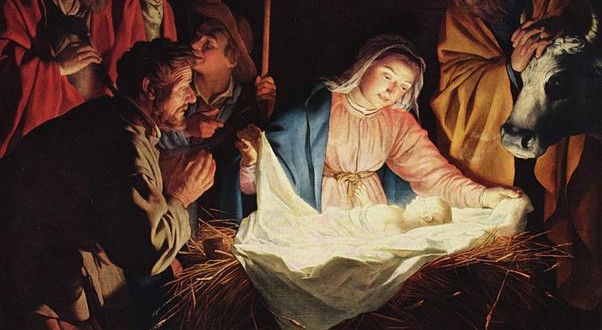 "Adoration of the Shepherds" by Gerard van Honthorst, 1622

The Christmas Story and Other Redeeming Myths

The Christmas Story and Other Redeeming Myths

At the risk of being a Grinch who ruins Christmas, I would like to go behind the Christmas Story and relate what scholars know about the biblical texts involved. I hope that the result will be a more enlightened perspective on the role of such stories in the common life of humankind.

In the second chapter of Matthew we read the story of wise men who came from the East to worship the baby Jesus. These men are called magoi (Greek for magicians), and scholars have identified them, if they were there, as Zoroastrian priests from Babylon.

The Jewish historian Josephus hated King Herod and chronicled his brutish life in great detail, but it is very odd that he never mentions the slaughter of infants found in Matthew 2:16. Could this be an element of what I call the “Savior Archetype,” common patterns of events that are attributed to many of the world’s saviors?

In the their various Scriptures the saviors are said to have had royal genealogies and miraculous conceptions; they worked miracles and escape the clutches of death. Jesus, Krishna, and Zoroaster were also threatened in infancy by demon kings.

Returning now to the beginning of the story, there is no record of Caesar Augustus’ decree that “all the world should be enrolled” (Luke 2:1). The Romans kept extremely detailed records of such events. Not only is Luke’s census not in these records, it goes against all that we know of Roman economic history.

In Josephus’ account of the Roman census in 6 C.E., he writes that those people taxed were assessed of their possessions, including lands and livestock. But Luke has Joseph and Mary making a three-day journey, away from their home and possessions in Nazareth, to register in their alleged ancestral home in Bethle­hem.

An Egyptian papyrus recording a census in 104 C.E. states that “since registration by household is imminent, it is necessary to notify all who for any reason are absent from their districts to return to their own homes that they may carry out the ordinary business of registration.”

Imagine a system of taxation based on people returning to their ancestral homes, going back a thousand years in the case of Joseph. By this time the Jews were spread out all over the known world. Can we seriously believe that the Romans would have re­quired them to come back to Palestine, carrying everything they owned?

In “The Rise of Christianity” Bishop E. W. Barnes remarks, “The Romans were a practical race, skilled in the art of govern­ment.  It is incredible that they should have taken a census according to such a fantastic system.  If any such census had been taken, the dislocation to which it would have led would have been world-wide.”

We can now understand why Jesus never mentions his birth in Bethlehem; and that, except for the birth stories, Jesus is always connected with Nazareth. The authors of the Gospel of John apparently do not know of Jesus’ alleged birth in Bethlehem. Nathanael does not know it (7:46), and no one answers the challenge of the crowd when they say, “Is the Christ to come from Galilee? Has not the scriptures said that the Christ…comes from Bethlehem?” (7:42).

At this point some readers may be saying, “Way to go, Gier, you’ve just spoiled Christmas more than any commercial enterprise could ever do.”

Let me respond with a story about a wise woman in an African village whose job it was to instruct the children in the tribe’s myths. She began each session with the following disclaimer, “The stories that I will tell you are not true, but they are the most important stories that you will ever hear.”

In India it is the grandmother’s task to teach Hindu mythology to the children. These are fantastic tales of great heroes and heroines, but also much violence, death, and sex. Their graphic “in your face” style, not too different from Grimm’s “Fairy Tales” or many Old Testament stories, has a very important socio-psychological purpose.

In Europe and America, where we pride ourselves (even very religious people do) by living without myth and legend, we still pay huge sums to psychotherapists to help us recover from unresolved experiences of violence, death, and sex.

In previous Christmases I’ve enjoyed, and been redeemed by, the performance of Handel’s Messiah, and in the choir of my Unitarian church, where most members think they have left myths far behind, we’d sang hymns to a miraculous child, born in the darkest time of the year, who brings the light of hope to a broken world.