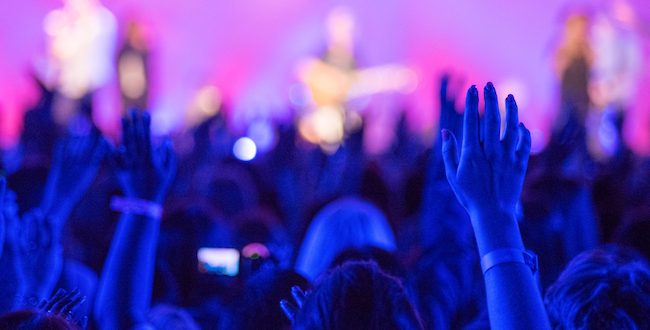 I have an addiction. It is an easily excusable offense, yet I know it may be doing more harm than good to myself and to others with similar experiences. My dependence has built up over many years, but my recent recognition and withdrawal from this drug feels like I have just cut off an arm. This addiction is Christian music.

Since I started at Gonzaga, I have been a member of a worship band, and I could not be more grateful for the people it has placed in my life and the community’s willingness to accept me exactly where I am. Yet over the past few months, I have often found these Thursday night worship services to drain me more than they fill me. The singing, community, and chapel that was once the only thing keeping me going has become one of the greatest sources of tension and stress in my life.

So what happened? If you’ve been keeping up with my past articles, you can probably deduce that faith has never been, and may never be, a simple process. Everything I believe today is the result of hours upon hours of deliberate contemplation and prayer, so when we repeatedly play songs that are singular, uncomplex, and impersonal in their message, I find little that helps me become more spiritually mature. Christian music is in such dire need of a creativity overall that Christian comedians make fun of its simplicity and adherence to formula.

In addition to Christian music, I listen to a fair amount of rock music from the 70s, 80s, and 90s, and I often find more to connected with spiritually, more that inspires me in the rock music. In the rock music, each instrument has its place, but no one instrument dominates the song, whereas in Christian music, drums or vocals generally takes over with all the other instruments creating a “buzz” or “hum” in the background, even if they are playing melody. These days, the melody is often only discernible in vocals, which sometimes don’t even fully make it to on tune.

If that evidence is too general, let’s compare what are considered the best songs from each genre. By popular consensus among fan bases, “I Can Only Imagine” by MercyMe and “Bohemian Rhapsody” by Queen would easily crack the top five, if not receive the top spot in each category. On one hand, “I Can Only Imagine” is a song with four chords, a somewhat repetitive chorus, and a struggle general enough that everyone can relate to it yet still general enough to make sure that there is little to no room for personal connection to or interpretation of the lyrics/music.

On the other hand, “Bohemian Rhapsody” ties what could easily pass as three different songs, an intro, and an outro into one song, discusses the struggle Freddie was having at the time coming to terms with his sexuality, and has a discernible melody or harmony for each vocal or instrumental part. See the difference?

This lack of creativity also persists through the Christian film industry. Three basic, uncompelling storylines make up 95 % of all Christian movies and TV shows, namely: 1) literal, word for word retelling of the Bible, 2) the atheistic or agnostic person or sports team is awful in their relationships with others/on the field, and, with the help of a christian friend, pastor, student, coach, etc., the person or team comes to believe in God and goes on to fix all of their relationships and/or with the championship. And 3) the sob story of someone dying or having a near death experience which allows them to physically interact with God and come to terms with their predicament in order to die peacefully or go on living more fully after they come back.

These storylines all resolve in great and inspiring hope and faith, but the problem is that they preach a one size fits all method to faith and fail to consider any morally complex situations. Rape, abortion, LGBTQ rights, war, racism, sexual abuse crises in churches and so many other social issues never see the light of day in films from the christian media industry because they are divisive, and to tackle divisive topics means to run the risk of losing followers (which no church wants).

Now, I’m not saying as a whole that the non-Christian music and film industries lack issues or even have less issues than the Christian music and film industries. Non-christian entertainment has its own host of issues that need to be fixed. What I am saying is that Christians should hold ourselves to higher standards of creativity and choose artistry over industry instead of the other way around. However, to be able to change the industry, we have to first recognize the addiction of the formulas, which starts with us realizing the addiction within ourselves.

The videos which inspired/guided this column:

Previous Stage Left presents “Bare,” a story of forbidden love & identity that will have you exploring your faith
Next Group plans to protest abortion-ban today in downtown Spokane