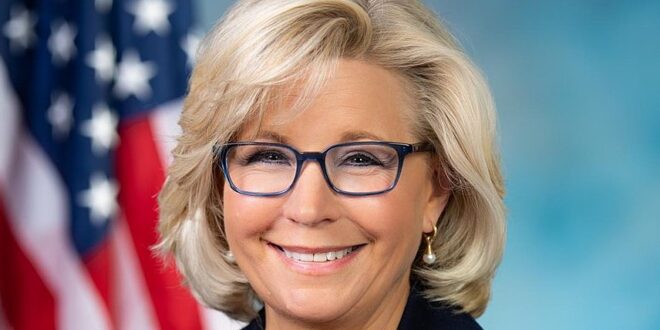 As a term, “profiles in courage” comes from the 1956 book of the same name authored by then Sen. John Kennedy (and ghost written by speechwriter Ted Sorensen). Kennedy and Sorensen profiled eight U.S. senators whose principled positions on controversial issues produced condemnation, loss of popular support, even loss of office.

On that basis, it can be argued that Liz Cheney’s politically suicidal challenge to Donald Trump’s election-fraud lies – and support of his impeachment after the Jan. 6 Capitol insurrection – is similarly courageous.

A Price To Pay

Cheney has become the most outspoken Trump opponent in the Republican party. The daughter of former Vice President Dick Cheney, she is considered political royalty. And she is no political neophyte. From her earliest criticism of the former president up to and including her vote to impeach, she clearly knew there would be a price to be paid.

Last week, in a secret voice vote, Republican representatives removed her as chair of the House Republican Conference, a position ranked third in the House GOP hierarchy. In Wyoming, where she was elected to Congress in 2016, Cheney is taking enormous heat and may well lose her seat in the 2022 midterms should she run again.

One the eve of her ouster – to a House chamber from which Republicans had fled – Cheney said, “Today we face a threat America has never seen before. A former president, who provoked a violent attack on this Capitol in an effort to steal the election, has resumed his aggressive effort to convince Americans that the election was stolen from him. He risks inciting further violence.”

She went on to accuse Trump of lying, of undermining the democratic process, of “sowing seeds of doubt about whether democracy really works at all.”

Cheney is standing up for her values, rooted in pursuit of truth (insofar as Trump and the 2020 election are concerned) and belief in the rule of law. Staying true to such values in the face of an inevitable, vicious counterattack, is precisely what Kennedy and Sorensen meant when they wrote of political courage.

Let me make this clear: Cheney’s conservative politics are not mine. In any political conversation, I doubt we would find common ground. She is a dyed-in-the-wool neo-con who supported her father’s own lies as he pushed the false WMD narrative leading to the Iraq war. As a member of the House, she supported Donald Trump positions – even his looniest – 93 percent of the time, among the highest levels of support within the GOP House caucus.

Running for Congress in 2016, she engaged in a public feud with her gay sister, Mary, when Liz Cheney voiced strong opposition to same-sex marriage. Earlier, she lent credence to conspiracy theories about President Obama’s birthplace.

But for all the arguments that Cheney is a traitor to the party, her replacement, New York Rep. Elise Stefanik, supported Trump only 77 percent of the time. But Stefanik became one of Trump’s strongest Congressional supporters, has voiced election fraud lies and voted against impeachment. In the Republican party, loyalty to Trump is the litmus test.

Which means in the new Bizarro-world of American politics, the radically conservative Cheney has become the poster child for Republican moderation, and a likely – though inevitably unsuccessful – candidate for president.

Cheney’s conservatism is old-school, rooted in traditional GOP values. She understands there is no ideological foundation to Trumpism, that it is a cult of personality untethered from truth or principle. Voicing that understanding carries a price.

So, give Cheney her profile in courage. And while doing that, let’s recognize concurrent profiles in cowardice.

House leadership held the ouster vote behind closed doors and by voice vote, meaning the votes were not recorded. Absent public statements, we will never know who voted to replace Cheney. Do not expect public statements from most in the Washington GOP delegation.

Southwest Washington’s Rep. Jaime Herrera Beutler, like Cheney, condemned Trump after the Capitol insurrection and voted to impeach. Her re-election battle promises to be fierce with Trumpist critics lining up, oppositional cash pouring in from the MAGA mob. The day before the ouster vote, she said publicly that she would support Cheney.

From the other Washington Republicans, silence.

Cheney replaced Fifth District Rep. Cathy McMorris Rodgers as chair of the Republican Conference. McMorris Rodgers, who either supported or stayed silent in the face of Trump’s attacks on the Constitution, who once portrayed herself as a moral, value-driven conservative, declined to comment at all on Cheney’s ouster. Her silence gives us all the information we need. Undoubtedly, she voted to remove Cheney. But if she voted against ousting the Wyoming lawmaker – which would be contrary to every action she has taken in the Trump era – her silence is simply a dodge to avoid infuriating the Trump-enthralled base.

From the time last November when the election outcome was clear, through the insurrection and up to Cheney’s ouster, McMorris Rodgers has presented a portrait of political cowardice and expediency. And in a reliably red district, she will get away with it.

In this case, the courageous will pay a price and the coward will prevail. How messed up is that?

Previous Sometimes, the best way to honor a parent is to stay away
Next Ask An Evangelical: Is God Self-Sufficient?