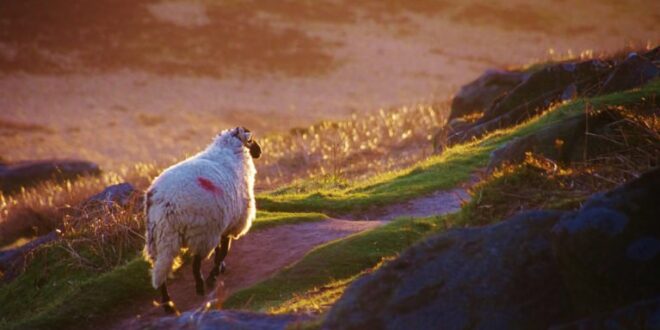 A lone sheep is separated from the herd / Creative Commons photo

The Body Of Christ Is Betrayed: Reflections On Sexual Abuse In The SBC

The Body Of Christ Is Betrayed: Reflections On Sexual Abuse In The SBC

By Karen Swallow Prior | Religion Unplugged

The following reflection contains themes of sexual abuse, domestic abuse and church abuse and is written in response to recent findings from an independent investigation that Southern Baptist leaders have systematically ignored, belittled and intimidated survivors of sexual abuse for the past two decades while protecting the legal interests of churches accused of harboring abusers.

The church is the body of Christ.

The body is hiding— broken, bleeding, bruised and scarred.

Someone who promised to care and feed her ate her instead.

Someone who said he would be as a father to her betrayed her instead.

Someone who was her father was something else to her altogether.

Someone told her to go home.

Someone told her to go back to the husband who harmed her.

Someone offered her a ride home but took her down a dark, deserted road to despair.

Someone made her feel dirty then told her to clean herself up.

Someone looked her up and down, undressed her with his eyes then with his hands.

Someone told everyone it never happened.

Someone told her she was destroying a godly man and his ministry.

Someone said he would help, but he changed his mind.

Someone snickered at her sorrow with his friends.

Someone passed around pictures of her.

Someone said she was a distraction from the gospel.

Someone said she was a liar. A psychopath. A witch. A whore.

Someone averted his eyes to evil.

Someone built a tower and named it after himself. Inside the tower, he stands under the glow of spotlights on a stage. He wears a nice suit and good hair and cries, “Lord, Lord.” He displays his humility proudly, like a gold watch hanging from a chain, a watch that never has truly told the true time. His outside suit pocket is stuffed with a silk handkerchief. It matches his tie and gleams under the lights, spotless. It never has wiped away a single tear. His inner jacket pocket holds a fat wallet made of human skin.

The crowd is looking up at him nodding, clapping, Amening, Praise God-ing, and praying.

But there is another One.

This One is outside. He has left the crowd to look for the lost one. (So many lost ones.)

This One searches high and low, on hill and dale, under cliffs and trees and shrubs.

With his rod, he beats a brood of vipers.

With his sword, he holds the wolves at bay.

Not all who cry “Lord, Lord” will be saved.

But this One will save all those he calls, those who do the will of the Father.

Like that very good Samaritan, when this One finds her, he will bind up all those wounds. He will pay the full price to tend all her pain and suffering. He will wipe away every tear.

Like a true shepherd, this One will bring the lost lamb into the fold to join all his sheep. There they will rest and sleep and feast.

Like a mother hen, when this One finds the wounded one–trembling, dying, nearly dead and all alone—he will gather her to himself. Over her once-bent body, He will brood, for all eternity, “with warm breast and ah! bright wings.”

This prose-poem was inspired by one written by Lori Anne Thompson, which she shared at the Restore conference on May 22, 2022. You can read it at her blog.

Karen Swallow Prior, Ph. D., is Research Professor of English and Christianity and Culture at Southeastern Baptist Theological Seminary and a columnist at Religion News Service. She lives in Virginia.