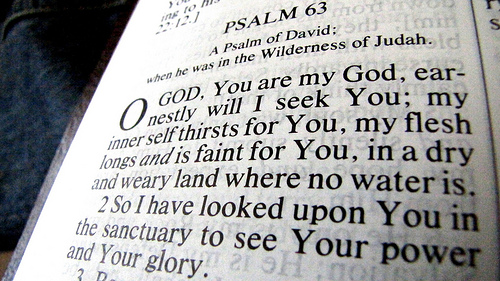 The Bible is a love story, not a rule book

In starting and leading a new church, one of the bigger challenges has been helping people to understand the Bible.

Most people have the misconception that the Bible is a kind of “rulebook” full of moral commands and fables with a moral point, all about telling Christians how to live. Christians seem to get this idea from their preachers, sermon after sermon hearing, “Here is what the Bible says. Do this and God will bless you!”

I’ve had to clarify, over and over, that the Bible is neither a rulebook nor a collection of moral fables. The Bible is primarily a story, a beautiful, heartbreaking and redemptive story. The Bible is a love story, telling the story of the creator and his epic pursuit of his prized but wayward creation: humanity. Fully three-fourths of the Bible is narrative and dialogue, and when there are “rules” they only make sense in the context of the story itself.

Before we can dismiss the Bible, we’ve got to actually listen to the story and engage it, as it is. One doesn’t watch “Lord of the Rings” and dismiss it because elves don’t exist. Rather, we read (or watch) the story, stepping into the world the story describes, engaging with the characters and joyfully allowing ourselves to get caught up in the winding narrative. We find ourselves cheering for Bilbo and crew, even though we know it is just a story. All great stories do this to us, and we don’t for a minute dismiss the story simply because it isn’t true. In fact, we often find by the end of a great story that we actually wish it were true, wishing that our lives carried such significance, that we were the kind of pure, noble and courageous people we found in the story, and that somehow, in the end, everything really might be made right again.

Over the next couple of weeks, I’m going to lay out this love story, trying to retell the Bible’s story in just a few posts. As we’ve done this in our church, we’ve seen a new (or renewed) desire to engage with the story of the Bible.  Suddenly there is reason to tune in and find out what will happen. And whether or not you believe the story or not – that it is the true story of the world — you might just find yourself wishing it were.