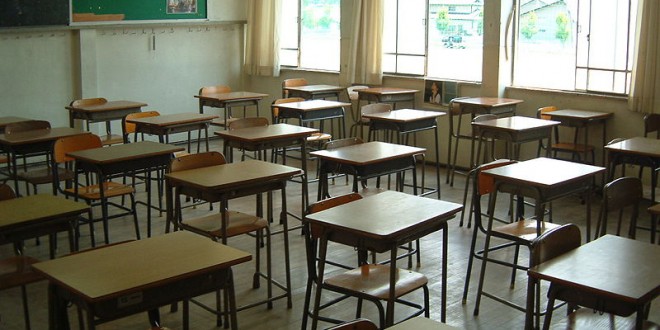 The Bible as Social Justice Theology

The Bible as Social Justice Theology

Truly I tell you, whatever you did for one of the least of these brothers and sisters of mine, you did for me.

Just as GOP attempts to restrict voting might also affect Republicans, its plans to ban social justice curricula must, I argue, include the Bible. From the Exodus to Jesus’ outreach to the poor, the foreigner, and the outcast — Jesus’ “least of these” — the Bible is a powerful lesson in liberation theology.

God “defends the cause of the fatherless and the widow, and loves the foreigner residing among you, giving them food and clothing (Deut.10:18). “Is it not to share your food with the hungry and to provide the poor wanderer with shelter—when you see the naked, to clothe them, and not to turn away from your own flesh and blood” (Isaiah 58:7)?

The Bible and the Declaration of Independence agree that every person, regardless of gender, race, or citizenship status, has a right to life, liberty, and the pursuit of happiness. The GOP stance against those seeking asylum is not only unbiblical but is contrary to the Refugee Act of 1980. These poor souls are not illegal immigrants.

“Do not take advantage of a hired worker who is poor and needy, whether that worker is a fellow Israelite or a foreigner residing in one of your towns” (Deut. 24:14-15). The Bible would support teaching labor history and the oppressive and sometimes violent tactics to suppress worker rights, which continue to this day.

The Latin American liberation theologians, who sometimes used Marxist analysis in their arguments, drew on biblical passages such those above to proclaim that God has “a preferential option for the poor.” Leading liberation theologian Gustavo Gutierrez states: “There is no authentic evangelization that is not accompanied by action in behalf of the poor.”

Obviously, the GOP does not want students to know that for decades the U.S. supported right-wing dictatorships in Latin America that suppressed peasants’ rights and murdered church leaders for coming to their aid. There is a direct historical link between these U.S. actions and many of these people seeking a better live in America.

The early Christian community embodied Marx’s motto “from each according to his need to each according to his ability.” As we read in Acts: “they would sell their possessions and goods and distribute the proceeds to all, as any had need” (2:45). There were no exemptions, as the story of Ananias and Sapphira dramatically shows (Acts 5). After they held back proceeds from a land sale, both were struck dead.

This was not just a temporary economic arrangement, because, 200 years later, Church Father Tertullian wrote the “everything is in common among us—except our wives.” Hutterites, Mennonites, other Anabaptists would continue this tradition of communal living as divinely sanctioned.

At the turn of the 20th Century, American theologian Walter Raushenbusch introduced the Social Gospel, and many of those who joined the movement were avowed socialists. King described his theology as the Black Social Gospel, and he, like Rauschenbusch and his colleagues, were embraced by left-leaning labor unions. Were it not for the unions, King believed that “capitalist power would trample” the rights of America’s workers.

In early letters, Martin Luther King admitted that he “was more socialistic in my economic theory than capitalist,” and he declared that American “capitalism was built on the exploitation of black slaves and continues to thrive on the exploitation of the poor.” King followed the early Christians in believing in a “radical redistribution of wealth.” Would the GOP want students to read only what they like in King’s writings?

In the early 20th Century, contemporaneous with Social Gospel theology, a movement called “fundamentalism” arose at the Bible Institute of Los Angeles. These Christians insisted that the Bible was inerrant and that science was wrong if it went against scripture. For them right belief rather than good works defined the Christian life.

I believe that religions are at their best when they emphasize right practice rather than right belief. Arguments over doctrine inevitably lead to conflict, even war. Coming together in King’s “beloved community” is a joining of hearts and action not the clash of disputing intellects.

Former President Barack Obama left a high-end law firm in New York City to become a community organizer in Chicago. There he brought labor unions and faith-based organizations together to help the poor. At the 2008 Republican Convention there were cheers when then vice-presidential candidate Sarah Palin criticized Obama for his social justice work.

Perhaps Palin was correct that this in itself did not qualify Obama to be president, but I would argue that, opposed to ex-president Trump, Obama showed the deep empathy that is required of a president. Furthermore, as a confessing Christian Obama was following of Christ’s command to look after the least of those among us.

Previous Ask An Evangelical: Is God Self-Sufficient?
Next Where We Gather: Spokane Tribal Gathering Place