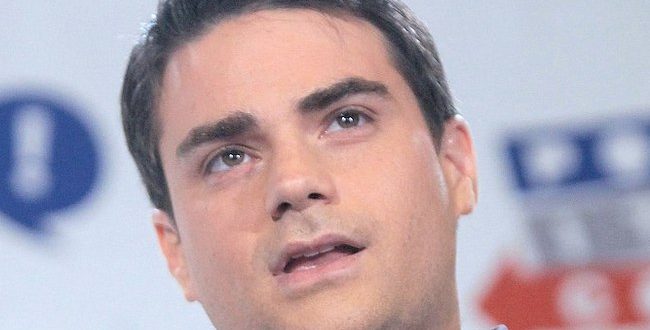 In November, Gonzaga University decided to shut down a speaking event set up by the school’s College Republicans club, which would have brought conservative pundit Ben Shapiro to campus.

According to the Spokesman-Review, Judith Biggs Garbuio, vice president of student development, terminated the event by citing the University’s Jesuit mission and the idea that Shapiro would contradict these values.

This decision received backlash among conservative students including Olivia Johnston, president of the College Republicans.

“I don’t think they want conservative speakers to come,” Johnston said. “No speakers that the school have funded have been conservative, because they have all been very left-leaning.”

Mary Joan Hahn, Gonzaga’s senior director of community and public relations told the Spokesman-Review that the event was shut down to avoid security concerns. Recently, a Shapiro event at the University of California, Berkeley drew protests and rioting which resulted in nine arrests and $100,000 worth in property damage.

Additionally, the protests and cancellations of conservative speakers are not uncommon on Christian-based campuses. In 2016, Georgetown University shut down a speaking event hosted by Israeli Prime Minister Benjamin Netanyahu. In 2017, students at Notre Dame college organized a walk-out during their graduation’s commencement address given by Vice President Mike Pence. And finally, Davidson College released an official apology after calling an on-campus lecture hosted by libertarian author Dr. Burt Folsom as not “academic related.”

“I think that we have a duty to have public conversations that may create pushback by some people that takes the form of public protest,” Political Science Professor Laura Brunell said. “Again, protest is another form of political speech that I am in favor of.”

Whitworth University did not make a public statement on the issue of the Shapiro lecture but said that the student body and student government would be given control over who to let speak on campus.

“We have a very diverse population and I think our staff and faculty and administrators are very open-minded to educating students to the processes of the world and the opinions of the world and allow students to make up their mind as to whether or not they will be attending those events,” Media Relations Manager Trisha Coder said. “We’ve had a lot of different opinions expressed on campus and I think Whitworth promotes the fact that we’re able to talk about those different diversities and different beliefs all under the Christian faith. And sometimes you can’t make everyone agree. But if we can talk about it in a constructive way and learn from it then that is something really unique at Whitworth that we try to let students decide.”

By citing Gonzaga’s Jesuit mission, Garbuio raises the issue of how much an individual institution’s religious morals should weigh in its political views.

Some, like Brunell believe that faith and politics are intertwined seeing as they are both major aspects of an individual’s life that shape their worldview.

“Religion absolutely is going to be an influence on all of those things and I would say how could it be otherwise?” Brunell said. “Religion is nothing more than a way to systemize our beliefs, our values. So, it puts it all in one place. It’s also a place where those things are formed. Family, church, and schools, those are the three main institutions where a person’s value system and political belief systems are going to be formed.”

Others, however, believe there needs to be a balance between religion and politics.

“I don’t think religion should take a place in everything we do at Gonzaga, but we do attend a Jesuit university and so to some extent, I think we should keep that in mind,” Johnson said.

It seems this debate will continue in Spokane and within the halls of Gonzaga. Gonzaga has stood by its decision to shut down the event, while YAF continues to plan on finding an off-campus venue to host Shapiro. Additionally, KXLY radio recently announced that it will begin airing Shapiro’s radio show, “The Ben Shapiro Show,” starting this month.

Previous Ask A Jew: The Balfour Declaration
Next Ask A Catholic: Confession