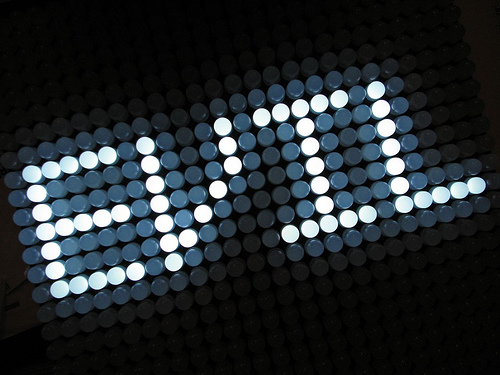 The Axis of Evil in Me

There are few moments that are truly capable of resizing a person. Death is the main force that cuts people down to size. It is inevitable, and the only guarantee in life. As many have pointed out before, we often live as though death is a myth. We exercise, wear deodorant and make up, pretending that we can stall aging, we can elude death, but when we are faced with tragedy we are all brought back down to the hard and indiscriminant truth that death will find us all.

I am filled with a number of impulses when I hear about a tragic news story. The first is shock. The second is denial.

I am shocked at the depravity of the world. I find myself speechless that people are capable of such evil and such violence towards each other. Language has no claims in the land of grief. Words seem too light and too insensitive to begin to address the heart ache that grips me in the face of tragedy. There is no kernel of wisdom or rationale that can makes sense of what has happened. Whenever I stand near a casket, or learn of a fatal illness, or hear about a mass shooting I am filled with static and unable to move forward. I sit motionless glued to sources of information that wash over me with the incessant message that an unspeakable evil has just happened…it really happened…it really happened. I once lived in a world where this tragic event had not just happened, and now I live in a world where it has and I simply cannot imagine that I will learn to accept that such evil is possible, and so I sit and listen to the news reports as they try to convince me that tragedy has truly just happened, but I am overwhelmed with horror and grief and shock that moves towards denial.

Denial, at first glance, is manifest in my desire to pull the covers over my head and plug my ears and pretend that the evil in the world is not real. This, however, is quickly replaced by deeper self reflection. As I listen to the news reports I want to join in and disassociate and externalize evil. Evil is out there, it’s a lone gunman, it is in a foreign land, it looks different than me, speaks a different language, and it operates without rationale and is one dimensionally bent against all of us, the good people. I want to blame parents, and video games, or the internet…but I have to wonder if these are just tools of denial. Tools that help me deny the violence within my own heart. They deny the violent world and culture that I participate in every day. I want to point to the evil out there, because I don’t want to point to the evil in here. I can scapegoat everything that influences people, because I want to deny that evil is in the posture of the human heart.

Who has not stood back and looked at their own actions and been shocked by the destructive potential they hold in their hands?